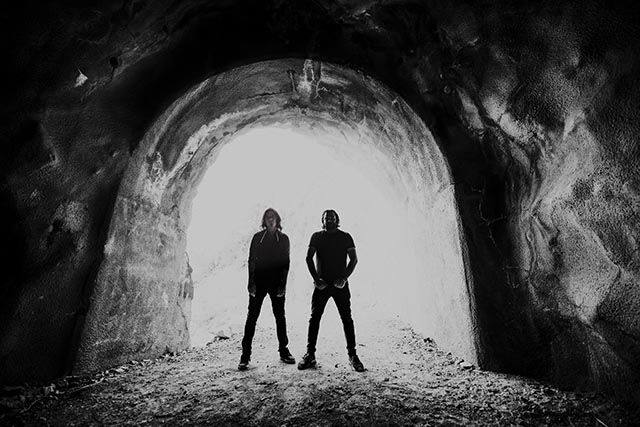 Haunted Shores, made of Periphery’s Mark Holcomb and Misha Mansoor, has released a track from their forthcoming album, Void, due March 11 via 3DOT Recordings.

The song, “OnlyFangs,” is available for streaming down there.

“OnlyFangs was one of the earlier ideas I demo’d during the writing process for Void,” explains Holcomb. “It was pretty different in its initial stage as a full-on, blast beat riff-fest, front to back – just non-stop. But when I brought the song ot Misha he really steered it into this area where it actually breathed – it had dynamics and it took you on more of a journey, namely that big middle section that anchors the song, and that down-tuned grimy mess of an ending, haha. That kind of synergy between Misha and I actually highlights why it’s so much fun for us to write together in Haunted Shores and Periphery over the years.”

Haunted Shores have already released two songs from the upcoming release, “Nocturnal Hours,” and “Hellfire.” Holcomb and Mansoor have also released playthroughs for each of the previous singles. Void pre-orders/pre-saves are available now via the 3DOT webstore here.