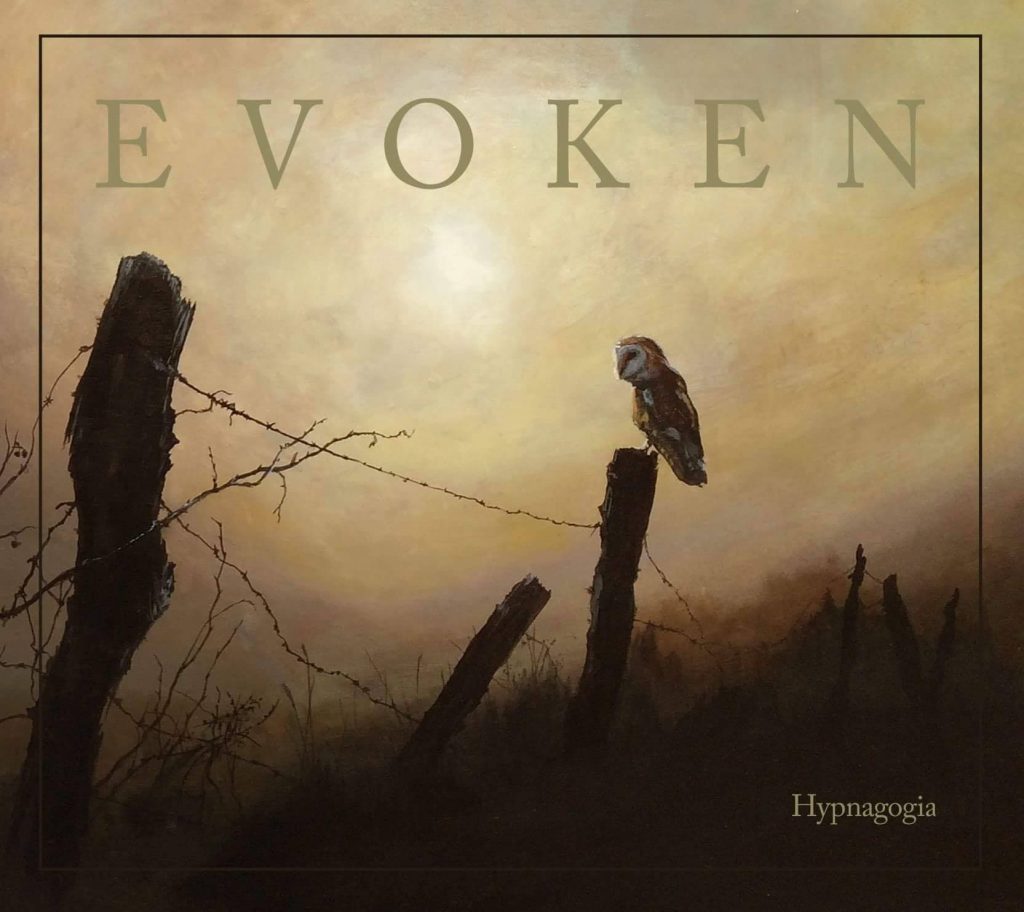 Funeral doom/death metallers Evoken have announced their overall sixth studio album Hypnagogia will be released on November 9th via Profound Lore Records. It will be their first LP since 2012’s Atra Mors and was recorded, mixed and mastered at Sound Spa studios in New Jersey by Steven DeAcutis.

“As we do on every record. we definitely wanted to avoid repeating ourselves. We wanted to keep it Evoken, of course, but go a little deeper with melody and arrangement and also try new things; to present the listener with an emotionally exhausting record.”

Hypnagogia will be the group’s first concept album as Verkay explained:

“Hypnagogia’ is based around World War I and its physiological impact on those who fought. It’s used metaphorically about events that impacted me the past three years, which I will keep to myself. But the story behind this World War I theme is based on a soldier who was so bitter about being lied to and is losing his life. He’s wounded in battle and decides to write a journal of his final hours, describing what he sees and what he feels as his life is slipping away. Feeling cheated, he makes a pact with a sadistic god that he can leave a part of his soul, which contains all of his suffering, within this journal. To feel some sort of vengeance, anyone who reads this journal releases that part of his soul and it attaches itself to the reader like a host. Each emotion being experienced as if they too where there. As the reader descends into a deep despair, they cannot handle this suffering, deciding to take their own life. Once gone, that part of their soul, containing all the misery is taken by the writer’s misery-laden soul and attaches itself to this journal again, increasing its powerful grip onto the next reader and each time its read with its power increasing.”