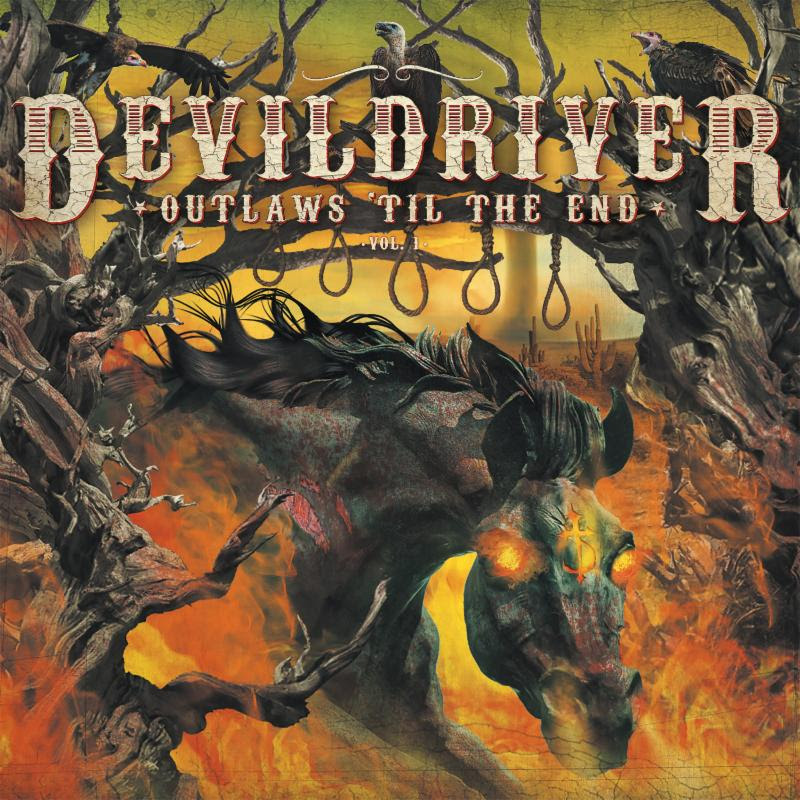 After teasing fans with a big black square on their social media, Devildriver fans can stop wondering if that was an upload error, as little by little Devildriver’s Twitter account released various photos for their upcoming outlaws cover country album Outlaws Til The End, which is slated for release on July 6th on Napalm Records.  Going back to the bands 2011 release Beast you may remember a cover from the band 16 Horsepower titled “Black Soul Choirs” so for those scratching their heads over what they might be in for in regards of this album, well there’s a good start for you. After hearing them take on various covers from “Wasted Years” by Iron Maiden to their well-known take on AWOLNATION’s “Sail” I myself am real excited to hear what this album brings. Devildriver’s front man Dez Fafara has never shied away about his love for outlaw country music so I see a lot of passion being put into this.

The band have revealed a piece of the album’s first track, a cover of Hank 3’s “Country Heroes.” Hank 3 makes an appearance on the song himself. The snippet appeared on Rolling Stone Country, where Fafara spoke about the collaboration:

Taking on ‘Country Heroes’ is something I’ve wanted to do for almost 10 years now, and to redo, rethink, and reimagine this with Hank himself was what this was all about. He sounds different than anyone has ever heard him sound, and it’s a sound he wants people to know he can do,” says Fafara, comparing it Black Sabbath-era Ozzy Osbourne. “‘Country Heroes’ is an immediate match made in hell.”

Outlaws ‘Til the End will be released on July 6th on Napalm Records and can be preordered here.