Orange County metalcore band Atreyu hinted at new material back in July, and now they’ve released a brand new song for free download. The track, “So Others May Live,” is available right now on the bands website.

“‘So Others May Live’ is inspired by one of my best friends, who is ex-military. The things our troops go through to protect us are pretty unreal. Their treatment after leaves a lot to be desired, as well.

The song honors them and condemns our government’s constant deployment of these brave souls. The people who fight and die for us often come from a certain socio-economic background — the working class. The people making these decisions to send our nation’s children to war come from positions of privilege and wealth; their kids aren’t the ones getting deployed and they aren’t risking their lives every day at work. Yet they order the working class to go ‘keep us safe’ at the drop of a hat, it feels like. It’s bullshit. It’s the politicians and the rich of this country waging war to keep the majority pre-occupied, so they can make money and advance their bullshit political agendas. The expense is ‘expendable’ working class/poor Americans’ lives, never the rich.”

Since taking a break in 2011, the 4+ minute track picks right up where the band’s last album, 2009s Congregation of the Damned, left off, so it’ll be interesting to hear a whole new album! Before all that, though, the band will be busy playing a sold-out Chain Reaction in Anaheim, CA, Aftershock Festival in Sacramento, CA, and Knotfest in October, then Soundwave Festival in Australia in 2015. 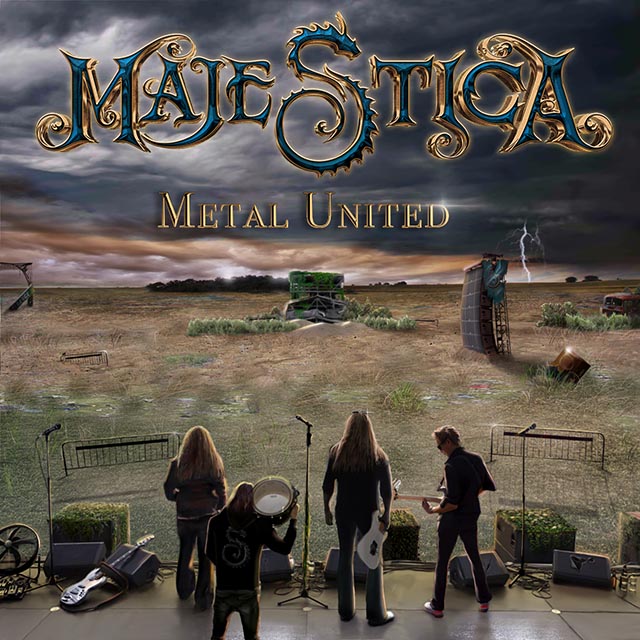