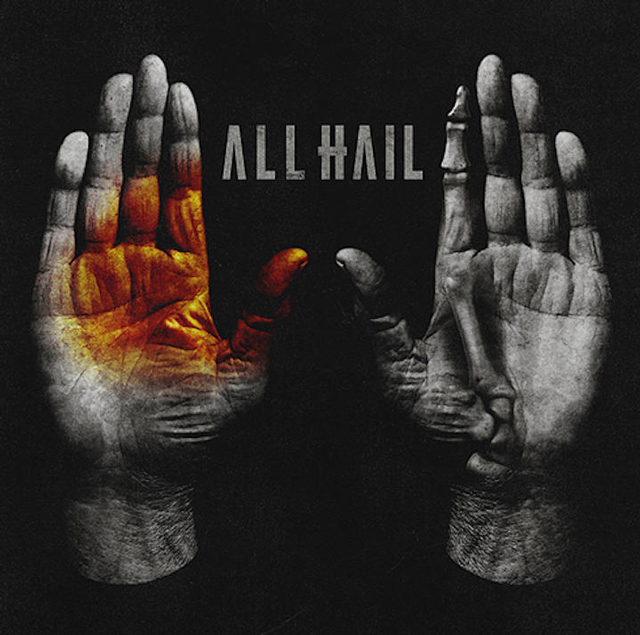 PULVERIZING. The word that best sums up this record, not only because the word is so eloquently used in “Landslide Defeater,” but also because the album crushes for the full 45 minutes. After hearing about All Hail, it is safe to say that the three-year wait from its predecessor, Polar Similar, was worth it. Being that Polar Similar was ambitious and well done, high expectations arose for All Hail. Fortunately, expectations were met, and Norma Jean has yet again delivered another solid LP. Come to think of it; I don’t think Norma Jean is capable of dropping a subpar release.

Here’s my track by track review of All Hail:

“Orphan Twin”
Now, this is how you open an album. Cory Brandan’s calm, droning vocals over a burning, ringing-out guitar is immediately captivating. The layering of Cory’s vocals is a nice touch as well. As the first breakdown kicks in, you can hear a resemblance to “I: The Planet” from Polar Similar. Both songs build up slowly and then crash right into heaviness. By the time the song ends, you realize that you have just heard two minutes of pure riffage.

“[Mind Over Mind]”
This was the first single off the album, and it might be one of the heaviest tracks on the record. You will be hooked from the getgo after hearing the immediate pounding of the drums and feedback of the guitar build moving right into the tasty main lick of the track. Corey’s “Yeah’s”‘ are infectious, making it difficult not to scream along. Screaming along can be difficult while listening to this record at work. However, I was able to see them perform this song live, and it translates well with the crowd.

“Safety Last”
The chorus is the highlight as the repetition alone is what makes it unforgettable. Overall, it’s a pretty straightforward Norma Jean song until you hear the heaviness onslaught of “burn every bridge in the world.”

“Volunteer Tooth Filing”
I’m not a fan of transition tracks. They are cool during the first listen because you get to hear how they blend in with the actual songs. After that, I usually skip them almost every time.

“Landslide Defeater”
This is hands down, my favorite track on the record. I love the pacing, and short bursts of energy peppered throughout this invigorating tune. The quick transition from chaotic to calm during the bridge is flawless. I love this band just for that reason. They have this raw and intense emotion that can be amplified in either a heavy, riotous way or in a melodic, dark fashion. The “Whoa” intervals during the chorus are beautiful, as well.

“Full Circle In Under A Minute”
The opening riff reminds me of the Remission days of Mastodon, with that thick, dirty tone. Even the riff around 1:52 has a hint of Mastodon, which is not a bad thing.

“With_errors”
Even though Norma Jean is known for their blistering, chaotic riffs, they know how to throw down some melody. The slow brooding intro of this song is incredible. It also helps emphasize the heaviness of the bridge. This track shows the lighter side of the band and proves that they can write a variety of beats. Around the three-minute mark, you can hear how the group embodies their inner love for Tool, and it works out great.

“Trace Levels Of Dystopia”
After listening to one of the lighter tracks, it makes sense that the following song will be heavy as balls. “Trace Levels of Dystopia” has everything; the slam-tastic riffs, voracious vocals, catchy choruses, you name it. The killer lick at 1:07 is one of the best riffs on this album, and it is nearly impossible not to bang your head. The end of the song is a barrage of emotional beauty. Everything becomes dark and heavy, both musically and lyrically. The feeling of mental anguish and therapeutic release is prevalent.

“Translational”
More droning, chanting vocal melody from Cory?! Yes, please! This song is on par with “Trace Levels of Dystopia” with the sentimental distribution. Different variations of emotion resonate in this song. “DELIVER ME!” and “BURN!” are great lyrics to kick into a breakdown. The guitar’s tone is so good, especially as it progressively gets heavier! The tease at 1:54 gets you excited for what’s to come.

“If [Loss] Then [Leader]”
This song has the best chorus on the record or at least the catchiest. Even after listening to this track once, I have caught myself perpetually humming or whistling to it. I’m hoping the band incorporates this song into their live set, as I think the crowd will undoubtedly sing along.

“Careen”
As the album nears the end, this track comes at the perfect time. It has a slower-pace but still relies on the low-end, murky aesthetic. This track is easy to listen to, as there is not much going on that requires an attentive ear. The melody around 3:50 is very calming and serene. The song ends with some pretty hefty riffage, with a delightful crunch with every strum.

“Anna”
Drummer Matt Marquez shines and is the driving force on this tune. Once again, Norma Jean proves they know how to throw down and write some of the heaviest riffs. The last-minute is pure carnage. Once you think you’ve heard the filthy, massive riff, they slow it down and drop that pure stank riff.

“The Mirror And The Second Veil”
Hats off to Norma Jean for ending the album with a nice acoustic instrumental. After listening to this riff-tastic album, a calming track is what you need.

After Norma Jean put out Polar Similar, I wasn’t sure if they could release another record with the same dynamic intensity. However, I underestimated their creativity, and they exceeded my expectations with this new album. This record has everything from raw heaviness to solemn melodies. All Hail will be a top contender in my best albums of 2019.

Norma Jean’s All Hail will be released on October 25th via Solid State Records. Pre-order your copy here.