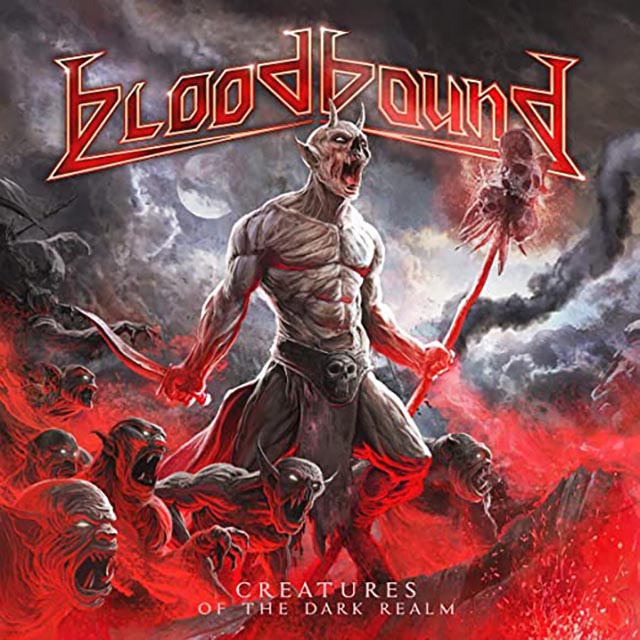 I know that Swedish band Bloodbound is a bit of a sore spot for many fans of European melodic metal, especially those with an ear for the more progressive side of things. The reason for this is that the band’s first albums, with singer Urban Breed on vocals, pursued a more progressive metal approach that was much appreciated by the said fanbase. However, in recent years, the band’s sound moved into a more easily accessible and arguably more mainstream direction, often taking considerable notes from the material of currently hugely successful power metal bands such as Sabaton and Powerwolf, most notably. I’m not going to lie, however, and therefore have to state that I absolutely enjoy the “new” Bloodbound albums that feature singer Patrik Selleby on vocals. 2011’s Unholy Cross still ranks among my favorite go-to power metal albums today, and while I wasn’t too high on the successor In the Name of Metal, the band really found their stride with the last three albums Stormborn, War of Dragons, and Rise of the Dragon Empire. And before you ask: Yes, much of the band’s recent material was highly inspired by Game of Thrones. Their 2021 outing Creatures of the Dark Realm relentlessly pursues the path the band already embarked on. Once again, the six-piece delivers catchy choruses in abundance that will crawl right into your ear and refuse to leave for weeks on end. Just listen to the single “When Fate is Calling,” which might be one of the band’s best songs ever, or other catchy earworms like “Gathering of Souls” – once Bloodbound gets you, they won’t let you go. And that’s why “Creatures of the Dark Realm” is my number one album of 2021.

Key Track: “When Fate is Calling”