7. The Sword – Apocryphon (Razor & Tie)
I don’t know what “hipster metal” is, nor do I care. I also don’t care if people are going to hate on this selection because for my money a band that writes riffs as sweet as this has to be one of the best bands in the world right now. Period. So haters can keep hating but Apocryphon is easily one of the best albums I’ve heard all year. Tracks like “Cloak of Feathers” and “Arcane Montane” are some of the best they’ve ever written. This album is not as heavy as the first two, but instead continues where Warp Riders left off in paying some serious homage to bands like Black Sabbath (of course), Blue Cheer, Deep Purple and Sir Lord Baltimore. Every time a track from this album comes on I find myself turning it up to 11 and breaking out my sick air guitar moves. It doesn’t get much better than that. 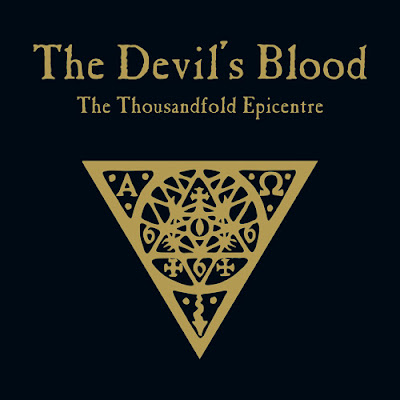 6. The Devil’s Blood – The Thousandfold Epicentre (Metal Blade)
O.k., so I’m kind of cheating with this record because it’s initial release date was in November of 2011. BUT, Metal Blade didn’t release this in North America until January 17, 2012. I live in North America so I’m going with that release date, thank you very much. The Devil’s Blood put the occult in occult rock. They brand of female-fronted, psychedelic, doom rock is, simply put, bad ass. To be honest, I feel a little dirty listening to it, as if I’ve somehow stumbled upon some forbidden ritual in the deep, dark woods that I should not be witnessing. This band has as much in common with the great progressive occult rock bands of the late 60’s/early 70’s, like Coven and Black Widow, as they do any metal band. But with an astounding triple guitar threat there is no mistake this band’s “metalness”. Hell, I listen to how this band works in three guitars and the harmonies they piece together and it makes me wonder what the hell Iron Maiden has been doing wrong on the last three albums. Oh and did I mention the vocals? Some of the most soaring, evil vocals you will ever hear. Truly the voice of Satan’s nymph. 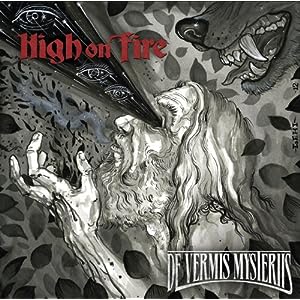 5. High On Fire – De Vermis Mysteriis (E1 Music)
I’ve been in love with this band for a long time. But I’m going to state this right off the bat. This is the best record they’ve done since Surrounded By Thieves, released a decade earlier. I’ve liked every record this band has put out but this record has a ‘voice’ that the last couple albums have been lacking. Honestly if you played a track off one of the last two albums I couldn’t tell you which album the track came off of. They sort of started to become the Motorhead of the stoner/doom scene. Not that that’s a horrible thing. I mean, who doesn’t love Motorhead? But everything about this album – the riffs, the production, the experimentation, the crazy ass story it tells about Jesus’ twin brother in some alternate universe – just puts this album a notch above anything they’ve done recently. Which, to put that in perspective, means that one of the best metal bands in the world just got better.