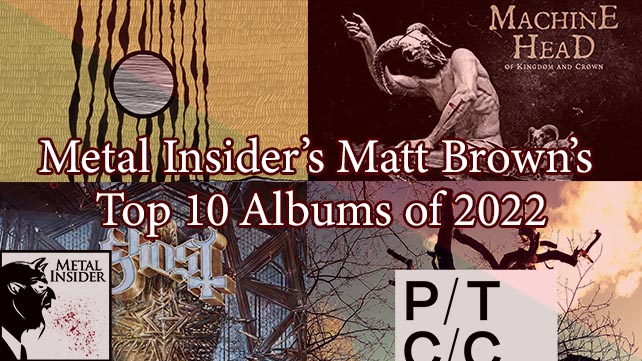 Long time no see, Metal Insider readers. My listening was not so prolific in 2022 compared to previous years, but I’ll take that as a quality over quantity thing. Each of this album came along at the right time and hit me just the right way, and that’s all I can really ask for. 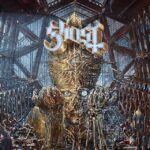 Five albums in and Ghost is still fun and catchy as all hell. “Call Me Little Sunshine” is without a doubt an instant classic for the band, but the ABBA-esqe “Spillways” and the infectious riff of “Griftwood” are also heavy hitters. Even on sillier songs like “Twenties” you can’t help but sing along. As their popularity swells, Ghost don’t show any sign of getting too big for their britches. 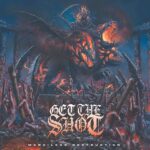 I don’t always go in for brutality these days. Sure, I love a sick riff as much as the next metalhead, but sometimes overwhelming brutality is…well, boring. But then I stumbled upon Get The Shot and good lord these guys come at you like a slab of asphalt to the head. You know, in a fun way. Though the band is full of sheer rage as found on “Deathbound” and “Divination of Doom,” the closer “Season of the Damned II” is a welcome melodic palette cleanser to finish the album. How these guys aren’t everywhere is beyond my understanding. 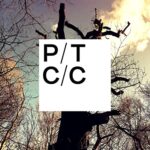 Like most reunions, I tried to temper my expectations for Porcupine Tree’s first new album in 13 years. The band’s output between 2002-2009 are some of my favorite prog rock/metal albums ever, so I had no idea how a new album would stack up. The answer? Pretty well. CLOSURE/CONTINUATION doesn’t feel like the band is trying to recapture or outdo the high they were on before their hiatus. Rather, it feels, well, like a continuation. There’s heavy hitters like opener “Harridan” and “Herd Culling” and then there’s the lighter bits like “Of The New Day.” Everyone melds together just right, from Steven Wilson’s signature voice, to Richard Barbieri’s guitar, to Gavin Harrison’s drums. However long Porcupine Tree sticks around, it’s good to have them back. 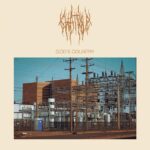 Chat Pile’s debut album is, in a word, devastating. You think you know what you’re getting into when album opener “Slaughterhouse” starts with its sludgy instrumentation. But then “Why” starts, and when you hear vocalist Raygun Busch ask “Why do people have to live outside?” the purpose of the album hits you like a cinderblock to the chest. Metal has long been associated with horror, from Sabbath’s implementation of the Devil’s Triad to Cannibal Corpse’s showcase of blood and gore, but the real world is often scary enough, and Chat Pile hold a big mirror up to all that horror for everyone to see. 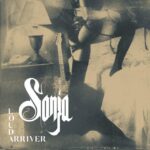 Key Track: “Moans From The Chapel”