Despite the disaster 2020 has turned into, Visions of Atlantis have found a way to rise from the unexpected challenges. While the Austrian symphonic metal outfit couldn’t perform live, they released a live album instead with, A Symphonic Journey To Remember. The live album showcases the group’s performance accompanied by the Bohemian Symphony Orchestra Prague, as the experience has officially been captured for all to see. We caught up with singer Michele “Meek” Guaitoli to discuss quarantine life and their live album.

What convinced you to create the live album, A Symphonic Journey To Remember?

It was that the show with the Bohemian Symphony Orchestra Prague was to be brought live. Visions of Atlantis already planned it before the current line-up was established actually, but some unfortunate circumstances had it forced to be postponed. Thanks to the Bang Your Head Festival we had the chance to finally make it happen and this would have been the first time ever for all of us to perform with a real orchestra. Recording that night was a chance we couldn’t miss, and considering that we already had a live album released in 2019 (that was totally not planned, but we saw the perfect chance there to introduce the new line-up), making a DVD/BluRay out of it was absolutely necessary. It has been just the perfect situation: a headlining show with a long setlist, a stage set for us with our lights, fire-games and everything.

What has the experience been like to release the live record during a pandemic?

Honestly, I think we really made the best out of it. Of course we would have preferred to promote the release with a tour, especially considering that I really do believe that VoA is a band that belongs to the stages…but taken under consideration everything, well, releasing a LIVE album, where you can actually see a real crowd, in such a dramatic moment for the world of live music, gave to our release and even stronger energy. By watching the video you can really sense all the bright and powerful vibes that come out from a live show. If during this pandemic you might have asked yourself “do I really miss the live concerts?,” such a release can’t take you to a different answer than “YES, I DO.” You see people enjoying what they’re watching and listening, you see people hugging each other, all united by the power of live music. Somehow “A Symphonic Journey to Remember” found its perfect place in this pandemic: we gave a sparkle of live-concert sensation to all our fans when they most miss it. Now it’s time to go back to the stages though, right?

2020 has been a challenging year, especially the music industry. With that being said, what are a few things you learned the most from this year?

Everyone has learnt that in life you really have to get ready for everything, as you really can’t predict what’s happening next, right? Seriously, we could be ready for so many things, but such a pandemic, with such consequences…I believe that only a few could truly see this coming. What we have learned is how to reinvent ourselves on many levels, and how to make the best out of the worst. As everyone we’ve been (fairly) forced to spend a lot of time stuck at our places. We had to stop our activities, not only the live activities but also all the other things we do when we’re not on the road. I couldn’t access my studio for a long time (and of course I couldn’t host people recording inside it), Clementine had to stop all the plannings with her production-company, Dushi, Thomas and Herbert had to rearrange their way of working and stop doing a lot of their regular activities…and most of all, we couldn’t see each other for a long time and even now we can’t really have some quality time together, considering the countries where we’re from. But we all faced all of this with a smile. We kept in touch daily, we found a way to co-operate from afar, we found a way to work together even without seeing each other…and we made it to use every day of the last months to pre-produce the best VoA album ever…

What albums helped you cope with 2020?

Truth to be told, a LOT of great releases came out this year. I could mention Human:Nature from Nightwish, Transitus from Ayreon, Apocalypse & Chill from Delain, Post Human: Survival Horror from Bring Me The Horizon, Viral from Amaranthe, MMXX from Sons of Apollo, Dead Air from Katatonia and many, many others. I guess that if you ask this question to each and every single one of us, we could prepare a list that would be longer than the interview itself…

With a number of postponements and cancellations, Visions of Atlantis seem to continue to find a way to make a positive out of the negatives and I noticed you’re working on a new album. What are a few things you can reveal to us about the new record?

What I personally love the most about this band is that we really are able to fight with adversity. There are plenty of funny stories we could tell in which we had to find solutions to issues encountered on the road. Well, from every single issue we faced, we learned something and right now I believe there’s no “negative” that could tear us down, no bad moment in which we won’t find something positive. This is why I truly believe that this current line-up of VoA will last long: we have a unique energy that bounds us, and this is exactly what you will feel in the next VoA album. For the first time since the “rebirth” of VoA, since the “second era” of the band started we got so connected to each other that we started writing TOGETHER. Clementine and I spent quite a lot of days together in my studio here in Udine, Italy (The Groove Factory Studio) and we worked on several new songs. The energy and the emotions we felt while composing were something we were really craving for and it was pure magic to see how we were completing each other’s musical ideas whenever needed. Be prepared, as the upcoming Visions of Atlantis album will be alive, more than ever.

While concerts remain uncertain, do you have any plans for a livestream or virtual tour for next year?

Tough question. I can tell you that we’d love to and we’ve been really close to setting up a livestream show in fall this year, but then the second wave got stronger and the restrictions in traveling made it impossible to gather in Austria, that basically is the “core” country of VoA. That’s actually our biggest problem these days: I’m from Italy, Clementine is from France and Thomas, Herbert and Dushi are Austrians. Whatever we do, together, needs a gathering and in these crazy days that’s a huge, huge problem. Even if you plan something, there’s always a chance that it’s not going to happen due to force majeure. What we truly hope, is that with the vaccine things will finally start to move to a brighter direction and that real gigs and tours will be once again possible as we knew them before.

One very important thing: thanks to you for hosting us here and to the readers for having reached this line. Sometimes we take it for granted that with an album release, interviews comes next and it becomes a routine…but every single time we can spend a few more words about the band, our projects and all the processes around the music we can connect a bit more with all of you, and music is based on human connections. So thanks a lot to you for giving us this chance and to the readers of Metal Insider for..connecting with us. 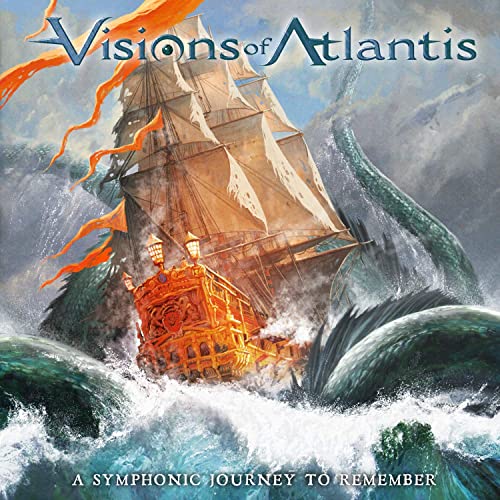