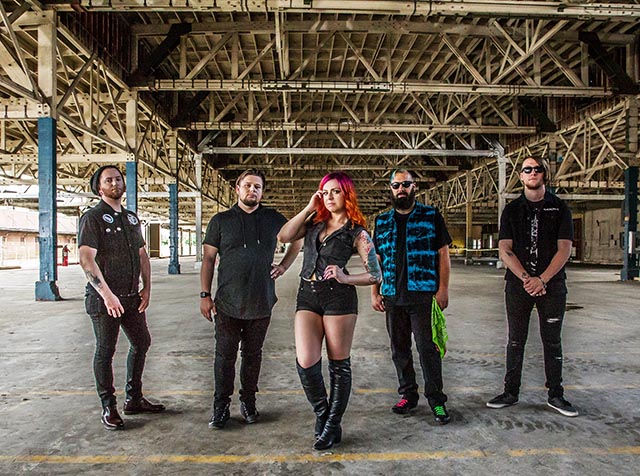 On October 5th, North Carolina’s A Light Divided’s upcoming album Choose Your Own Adventure will be released (pre-order here). The group is a blend of metal, rock, pop, and all in between as they have performed at Vans Warped Tour and shared the stage with bands such as In This Moment and Crowbar. Today (14th) we are excited to premiere the below video for the new song “Scars Of You.”

We spoke to vocalist Jaycee Clark on the new video, the upcoming album, and more.

What was the process like creating the music video for “Scars of You?”

To be honest, I was really nervous shooting the video for “Scars.” Typically, all of our music videos have either been performance based or kinda silly as far as storyline goes, so it was definitely a huge step outside of my personal comfort zone because I don’t see myself as sexy and super glamorous but I trusted Justin’s vision and it was a great experience.

Can you talk more about the song and its meaning?

One of the biggest drawbacks that comes from the decision to continue pursuing a path like the music industry is the strain that it can put on relationships. Whether it’s family, friends or a significant other it’s hard to find a balance. “Scars” is about feeling torn and guilty for having this other passion but at the same time realizing you can’t give up.

How would you compare Choose Your Own Adventure to 2015’s Mirrors?

Mirrors was about self-discovery and learning to accept yourself for who you are. With Choose Your Own Adventure, it’s about taking that knowledge and making choices to live for yourself.

It’s also the least angry record we’ve released. Instead of pointing fingers, I wanted to dig deeper by not only sharing the experiences I struggle with, but also sharing how I move past them in order to not lose sight of the bigger picture. I think most people can relate to themes like frustration, self-doubt, anxiety, loss, etc. so if I can help someone to get through those dark times by sharing how I deal with those same issues, then that’s more important than placing blame and calling out those who have wronged me like I have in the past.

What is the overall lyrical theme of the new album?

Every song on CYOA is about making a choice. The choice to live your life, the choice to cut negativity out, the choice to stop fighting yourself, etc. The key to living your best life is by realizing that you DO have the power to make life exactly what you want just by making the hard choices.

What have been some of your biggest obstacles in this industry so far and what motivates you to keep pushing ahead?

Honestly, the biggest obstacle I’ve faced has always been myself. I get in my head and feel this additional pressure to live up to a certain standard as a woman in music. It’s hard to read comments on social media where people criticize you for the way you look instead of the music you make. Even though those comments are so few and far between, it just takes that one comment to eat away and reinforce the worst things I already think about myself. I’d be lying if I said I didn’t think about giving up a handful of times. But ultimately, the thing that keeps me going is my genuine love for making music and connecting with people who struggle with similar issues. I want to show others who feel the same way that your worth is not based on the way you look and you should never let the fear of putting yourself out there stop you from doing what you love.

We definitely have big plans to take our touring game to the next level. We also want to connect more with our audience by giving them a more inside look of what it’s like to be in an independent touring band by doing more vlog style videos.

What are some of your favorite metal bands from North Carolina?

I would highly recommend checking out all of the bands that will be playing at our album release kickoff show. Fear the United, Vices & Vessels, Raimee and Reason Define are all amazing examples of up and coming bands killing it right in our own backyard.

What are a few countries and/or festivals that you wish you can perform at?

As a NC-based band, I think it’s pretty obvious we’d absolutely love the chance to play Carolina Rebellion. But if I could have my pick of any festival, Shiprocked would be absolute goals because it has the sickest lineup every single year.

Anything else you’d like to say/add to your fans?

At the risk of sounding like a motivational poster, I would encourage everyone to do what makes you happy. Life is too short to live for anyone but yourself so do the things that scare you and never give up because they really are worth it. 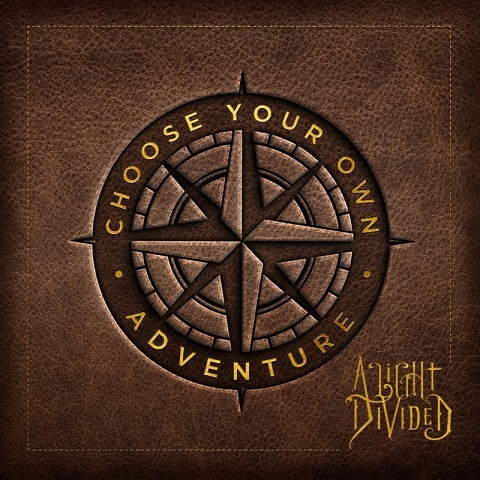