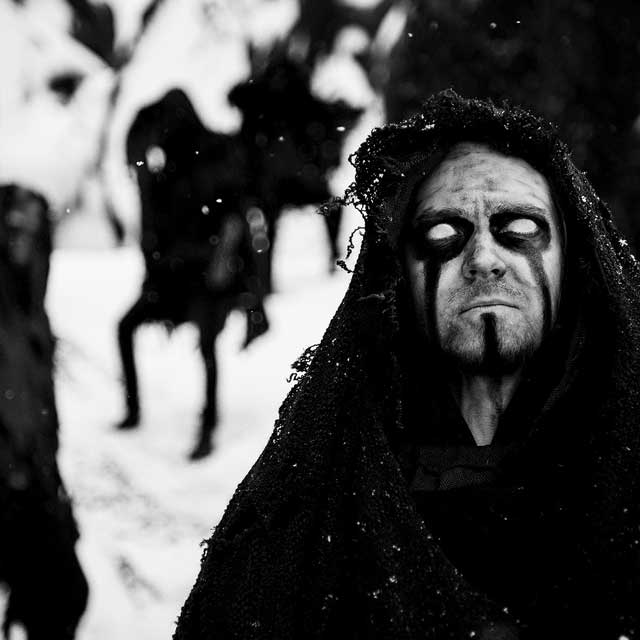 Nyrst is quickly becoming one of our favorite newer black metal bands here at Metal Insider. We recently spoke with them about their new record, Orsok, which releases later this month.

Can you please tell us how you all came together as a band?

We started out in 2013 with only two members, Sveinbjörn (Drums) and Egill (Bass). Shortly after they recruited Eysteinn on guitar and we started writing and practicing a lot. This led us to quickly find out that we were in need of a second guitarist and from there we recruited our old guitarist Kristmundur. Fast forward to 2016 we have finally written some material we were happy with and did a small demo with two songs that got rather positive feedback from a lot of people. From there Kristmundur left the band to go study abroad and we got Davíð in to replace and we started seriously writing our first full-length album.

Where do you draw your inspiration from?

Our main inspiration comes from living in these hard conditions in Iceland. Traveling around the highland and experiencing the harsh and barren land also definitely had a huge impact on setting the mood for the writing. The long winter and little sun also had a huge say in all of this and this helped us create a very eerie atmosphere for our upcoming album Orsök.

What bands do you all listen to on a regular basis?

This list could be very long but we will try to keep it short: Immortal, Darkthrone, Bathory, Enslaved. Primordial, Morbid Angel, Type O Negative, Opeth, Pestilence, Cattle Decapitation, YOB, Nile, Akercocke and The Fucking Champs. All of these we probably listen to every week.

If you could tour with any bands in the world, who would you wish to tour with?

An outrageous answer would be giants such as Emperor or even Behemoth. But we would definitely fit well with bands such as Schammasch, Taake or Primordial.

Your video for “Orsok” is chilling but breathtaking at the same time. Can you tell us about this video?  How and where was it shot?  How did the concept come about?

The idea was to try to capture the feeling of our country during the winter as well as we possibly could and follow the story of the song. The video was shot by the masterful Dániel Púskás at ValhallaArtworks and he shot it mainly by drone. Drone shots were captured in the eastern part of Iceland on various locations and the closeup shots were done with a Canon EOS at a location which is around a 40 minute drive south of Reykjavík The concept of Orsök came from the lyrics how they follow a lone wanderer and his journey across the frozen wastelands where he is forced by the gods to sacrifice his child daughter to host a goddess or a cosmic entity and thus bringing doom upon life.

Orsok releases April 24, 2020 and can be ordered via Norway’s Dark Essence Records here.