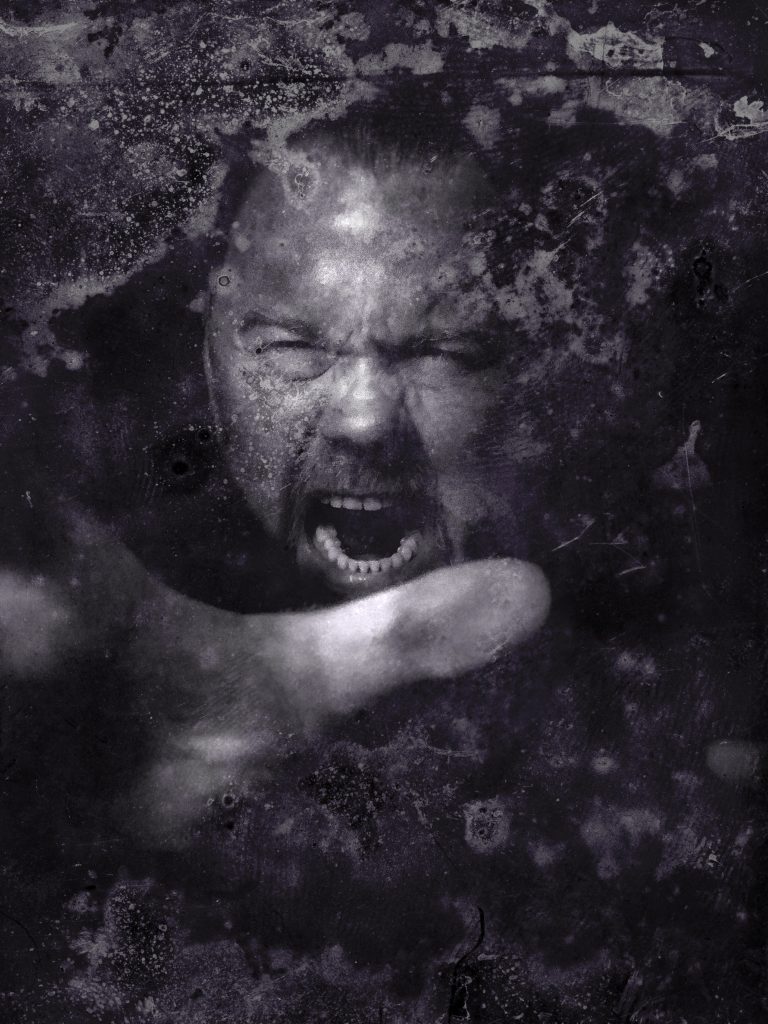 Integrity, following up their incredible 2017 release “Howling, for the Nightmare Shall Consume,” release a new Split LP with Krieg in August (which I review here).  I recently caught up with Dwid Hellion of Integrity…
Can you tell us how this split with Krieg was conceived and came to fruition?
Many years ago, Neill (of Krieg) and I discussed doing a split together. It took a while to find the right songs to make the split happen.  I am glad that it has finally happened. I think that the record turned out really great, Relapse always do a fantastic job.
This latest record demonstrates yet another piece in the evolution of your sound, even from more recent Integrity work.  Can you explain your process in terms of creating new music and how you approach your songwriting?
Domenic Romeo (guitarist for Integrity) and I usually come up with a storyline/visual concept and then write the song to match a sonic equivalent of the visual. After a rough first pass, we will go over it and fine tune the ideas until it gets to a place where we are both satisfied.  Sometimes we can refine a song for a painfully long time, other times it all falls perfectly into place with minimal deliberation. As for content and approach, we write music firstly, to entertain ourselves, so we have quite a lot of freedom in the creative process.
The lyrics to “Scorched Earth” seem pretty direct and maybe a bit more explicit in terms of the earth and humanity.  Has recent events in the world changed or exacerbated your feelings about the human race and their role in the world?
Yes, that is correct. Those lyrics are quite direct. They actually exist without much of the usual ornamental lyrical flourish that envelops most of INTEG lyrics. I think the human race has been on a crash course with itself since the disease of man first plagued the world. Recent events definitely show that life is becoming far less tolerant and much more hell bent on its own self-destruction. I do not know whether to applaud the destruction or abhor it. We can all revel in the fact that the End of the world has always been coming. Every generation feels the need to take ownership that their time shall be the End Times. They are always proven wrong, so our regularly scheduled torment shall continue on and on until . . .
I was first introduced to Integrity by one of my university roommates back in 1994.  That was a significant time ago and I notice that there are many longstanding fans in their 40’s (like myself) that still follow the band, however, now that there is a 2nd or even 3rd generation of extreme music fans out there since then going to shows, have you seen an uptick in younger folks discovering your music for the first time?
Thank you,  I truly appreciate you sharing that and humbled to hear of your interest in my music for such a long span of time.  To answer your question, Yes, I feel that I have been rather blessed to be able to have a continuing and replenishing audience. I am eternally grateful for this.  I have always felt that I am an outcast. So, to be able to maintain an audience of fellow misfits for this many years is a great honor and privilege for me.
What does the future hold for Integrity?
I am preparing for a European tour that takes place in a couple of weeks after which we play Psycho Las Vegas, which I am really looking for to not only playing, but also attending. After that we start writing the next full-length INTEG album for Relapse. Which, I am also greatly looking forward to experiencing that as well. Making albums is one of my favorite aspects of my life. That is about as far ahead as my scope is at the moment, but that is subject to change as soon as the next development arises.
Order the new Integrity/Krieg split LP here before it sells out completely. 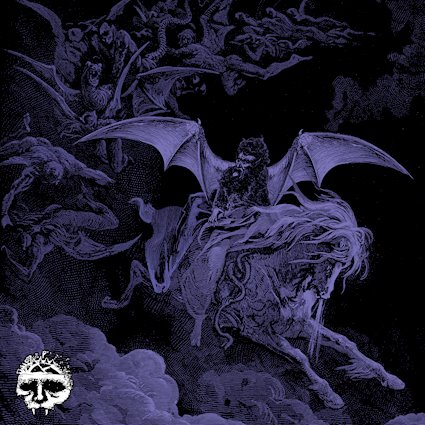