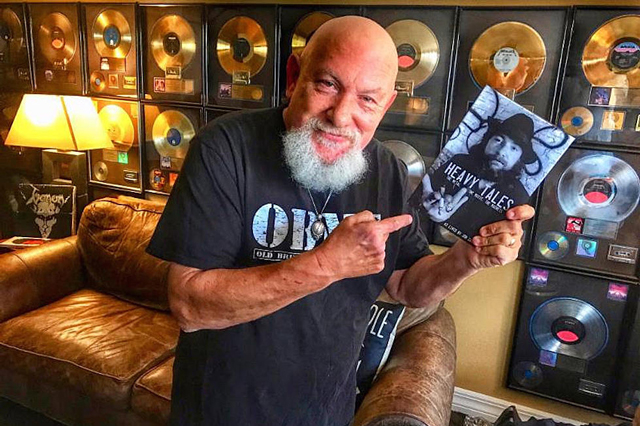 Jon Zazula is known for taking risks. He surpassed working the 9-5 and accomplished a career many only dream about. Zazula went from owning a record store, Rock’n Roll Heaven, to building Megaforce Records in 1982. This, of course, led to signing Metallica. However, the label also brought on bands including Anthrax, Raven, Testament, and more. Jonny Z recently published his book Heavy Tales: The Music Madness (order here), which dives into his life and finding Megaforce Records. We recently caught up with Zazula to discuss his book, Metallica’s Kill ‘Em All, the resurrection of vinyl, and more.

How long have you been working on Heavy Tales?

I’ve worked on the book for a year and three months. It took about another two, three months to edit because it kept coming back, not sounding like me, and I had to make sure the book maintained my voice. The whole process was about a year and six months.

Of course, it’s important to maintain your voice. How long have you been thinking about putting a book together?

I’ve been thinking about doing a book for years. It wasn’t until I retired last year in May or June that I said, “You know what? I’m losing my mind.” Within three days of sitting around, I was losing my mind. I said, “It’s time to write that book,” but I couldn’t remember all the details of my life. My memory isn’t that good. I found somebody who could research my life. Harold Claros-Maldonado gave me the timeline and worked with me. With him, I was able to tell the story, which you hear throughout the book.

I hear you about losing memories. I have to say, you’ve been an inspiration beyond forming Megaforce Records, it’s always inspiring on how you opened a record store. Personally, I always wanted to open my own shop and it made it more of an honor to speak to you. With that being said, it’s sad to see the downfall of music stores today, thanks to the digital age. I wanted to know your experience about watching this drastic change over the years.

It’s funny because if I were to do something, even though I sold my album collection, which was worth a fortune and I didn’t sell it for a fortune, I would start a vinyl store right now. I think this is a great time to start a music store and carry all musical needs, demo tapes, independent releases, and everything all over again. I think it’s a wonderful time. I’m against the grain on this. If I could start a business right now, I’d start a vinyl record store.

You’re right, the vinyl market is definitely growing. There has been a decline in CD sales compared to twenty years ago. But there are more independent vinyl stores popping up these days.

That’s right, and they’re doing well. They’re thriving right now. In fact, Billboard, it said that vinyl has out sold CDs for the first time since 1986.

How much further do you think these stores can expand?

I can’t predict, but it’s hot right now. I think it’s going to maintain its level of hotness. The old catalog will get  reissued, and it will get bigger and better. They’re going to make colored vinyl and collect the releases. It’s going to be great. I wish I were in the vinyl production business right now.

This industry can be brutal, as you wrote in the first chapter of your book, Heavy Tales. You mentioned how you wanted to bury your head in the sand when you knew Metallica were going to sign on to a bigger label. As ruthless and cut throat this industry can be, what kept you away from giving up?

First of all, I committed to two other bands. I managed Metallica, Anthrax, and Raven, and I was in relationships with several other bands. I just kept going. Now I did want to bury my head in the sand. I did get very, very depressed, but the only way to beat depression is to keep on working and not think about the things that bother you. So I drove myself into an insane pattern of working and moving forward and built Megaforce, and Megaforce kept me sane. That’s your answer.

You’ve seen James Hetfield from the very beginning. May I ask, what is your response to hearing about him having to re-enter treatment on the anniversary of Cliff Burton’s death and also just three weeks after their S&M2 performance?

It’s not for me to pass any judgment. I can only say that I’m rooting for James, and I hope he succeeds and gets rid of this addiction. You never get rid of the addiction, but the problem. He is somebody that many people follow and an example to many. It’s a shame that he has to carry that. A lot of people are riding on his being clean and have faith in being clean because he did it. I just wish him the very best. I really do. I understand how hard it is to be.

In your book, you mentioned your struggle with depression. It isn’t easy to get much done when feeling down but you recently pointed out that building Megaforce helped. Did anything else help you avoid the darkside of depression?

I’ll have to say this to you. I did a lot of pharmaceuticals that were illegal in those days, and they hid the depression from me. They sort of masked it, but it was always there. The second I stopped, I was in bad shape. There were times that it was so dark that I couldn’t get out of bed in the morning, but Marsha was very instrumental in keeping me going. She worked with me and understood what was going on in my head. As soon as I had a light, she would put fire on it and build the light, and I would come out of it. It takes two people. It takes medicine. It is something hard to beat, and I still haven’t beaten it. I still suffer from it daily, but you know what? I’m living with it.

You learn to cope with it. The fact that you have a support team is always helpful.

What was it in Kill ‘Em All that made you know that the small band at the time would end up being, I guess, the biggest touring band 36 years later?

Well, Kill ‘Em All blew my mind. I felt it was the greatest thing since sliced bread. I just fell in love with it. I had this passion I couldn’t even control. It was bigger than me. It was an unstoppable force. It was that force that drove me to do what I did, to work hard, to break the band, Metallica, in America and the world. 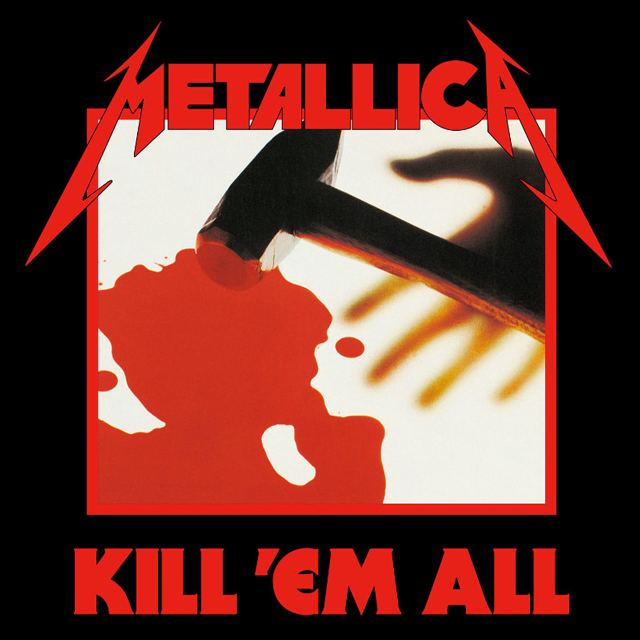 What advice do you have for those who are just starting out in this industry, having no clue what they’re getting themselves into?

I think you better be ready financially to take on the responsibility of promotion, which includes press and some metal radio or whatever radio it is for your genre of music. It’s not a joke. It’s not something you do as a hobby and treat it like a severe heart attack that you could have if you fail. This is very serious, and it shouldn’t be taken lightly. Not everybody is lucky enough to find Metallica. The odds are you’ll be struggling for a long time. You better be financially prepared. That’s all I have to say about that.

Not everybody looks into the financial aspects of their dream.

You’ve got to lay it all out for videos, everything. If you’re not going to do it right, don’t do it.

Is there anything else you want to say or add about your book? Well, one of the big Things in the book are that everything was a team effort. I don’t think about it where the whole thing is happening in my life because of me. I give credit to God, I give credit to Marsha, and I give credit to the team that I had under me, the Megaforce team. We were able to create some heavy miracles. That’s what the story is all about. A big part of the story is Megaforce. Other things in the story are not just Megaforce. As far as the book goes, I wanted people to know it’s not available in stores. It’s only available online, at Amazon or Barnes & Noble or on my website. That’s the only way I’m making the book available. I thought people should know that.

I really like the message that it’s good to have a support team. You can’t do everything alone. 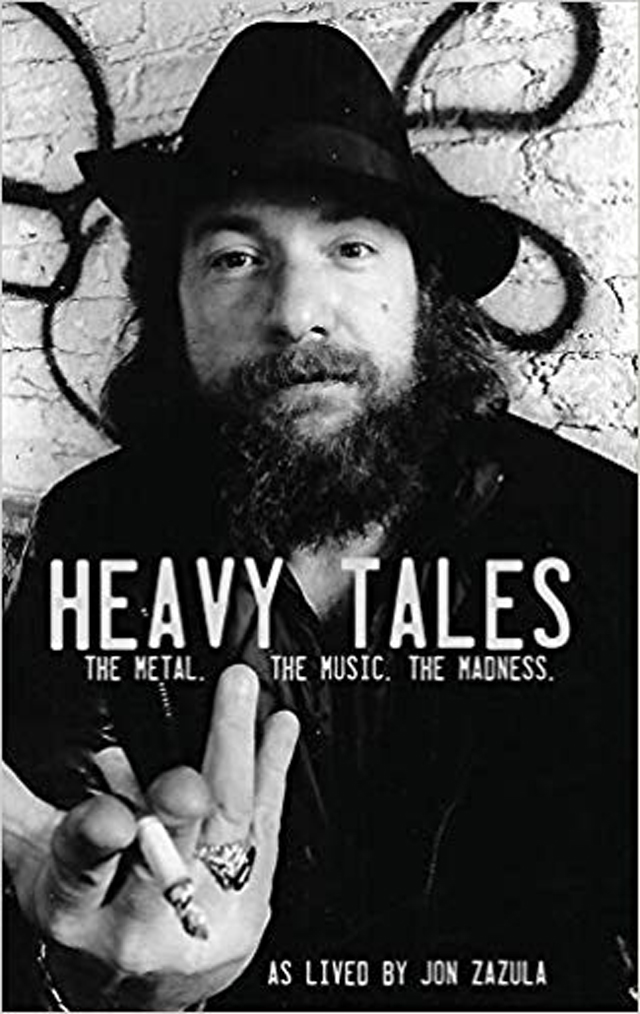