California rockers Slaves are gearing up for their new album To Better Days, out August 7th via SBG Records (pre-order here). The record will be their first with frontman Matt McAndrew and last under their current moniker. We caught up with the group to discuss these changes and looking forward to seeing their next chapter unfold.

How has a new singer affected your sonic direction, if at all?

I think Matt [McAndrew] joining the band had let us lean more into the pop side of our sound. He comes from a different background and it really adds something refreshing to the band sonically.

How has the overall creative process changed with the new album To Better Days?

This is the first album that involved the full band in the creative process. Our producer Jimmy Alexander was a co-writer on four of the tracks, but everything else was written by the five of us.

Last month you guys made the decision to drop the name ‘Slaves.’ Can you discuss more about this, including what new names you’re considering?

We’re really excited about this new chapter for our band, and the new name will definitely be part of that. When the band originally formed, the name Slaves was meant to reference struggles with addiction and personal demons. Those are struggles that hit close to home with former and current band members, as well as many of our fans. But that meaning doesn’t address the historical and racial connotations of the word, and it isn’t something the band – with our current members and at this moment in time – feel comfortable using. We’re excited about this new name because it’s an opportunity to mark a new era for the band. No hints yet on what it will be, but we think it’s a better fit for the group and the direction we’re taking.

What have been some challenges to making the new album?

The album was written and recorded in 40 days which was a little tight schedule wise but not new for the band. A faulty computer was probably our biggest challenge in the studio.

What are some themes on the album?

The album is about relationships, whether that means talking about a romantic relationship with a partner or reflecting on the relationship you have with yourself.

With shows being a matter of uncertainty, do you guys have any plans to celebrate the new album via a virtual tour or live stream event?

We have a live stream show at The Whiskey in Los Angeles on August 5th to celebrate the release of the record. The stream will be up for 48 hours and then it’ll be gone, so don’t miss it! We’re looking forward to performing for our fans again even if it can’t be in person.

Is there anything else that you’d like to say or add to your fans?

We hope everyone enjoys the album! We’re getting back in the studio ASAP to record the follow up. Stay safe out there. 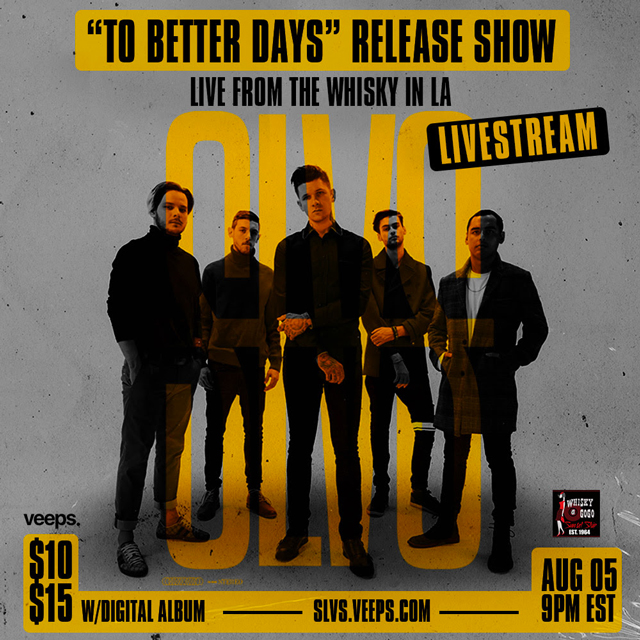