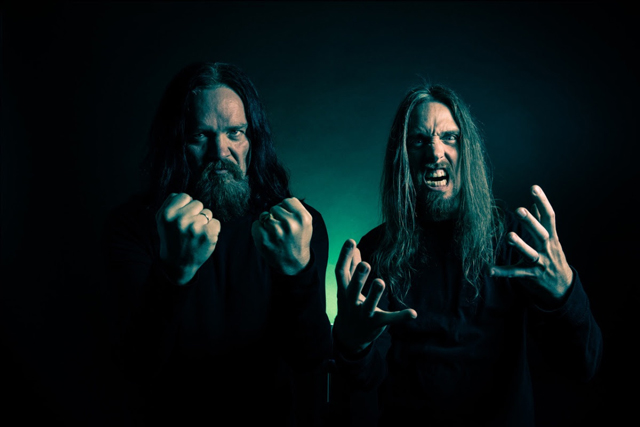 Extreme metal masters Cadaver – creating brutal metal since the late 1980s –  are back with a new EP on Nuclear Blast Records called D.G.A.F. It’s amazing and you should definitely check it out. We caught up with Anders Odden from his home in Norway to talk about Cadaver and it’s exciting new endeavors.

I’ve been listening to the EP a bunch and I think it’s just incredibly good. I love everything about it but the guitar and the bass just sound so good and it’s obvious you’re just so into your instruments. I know you’re passionate about your basses and passionate about the sounds. What instruments did you use on this EP?

This EP has the most high end instruments on it compared to anything I’ve ever done because I got this incredible endorsement deal with Warwick in 2017. They built me a custom made bass from scratch. I’m really fortunate to have this endorsement deal. The bass is like four times more expensive than any guitar I’ve ever owned. It’s basically like a $7,000+ plus instrument. It’s extremely high end, German engineering. It’s made from the material you can order from the custom shop and it’s built based on what I wanted in a bass. It’s like my ultimate bass.

They also have a guitar brand called Framus. They have significant players using their gear like people playing in Bon Jovi, Accept, Devin Townsend and Alice In Chains. They have really high end players playing their guitars and developing signature models and all. They have one guitar called Idolmaker so I got myself a guitar and bass version. It’s passive mics so this is like old-school.  Really warm passive mics and the way it stays in tune and bends is just amazing. When we record in the studio we are always tuning to be precise and this guitar just stays in tune over several takes. It was really easy to record with it and it sounded beautifully.

We used Mesa Boogie amps. It was all high end gear and you know when you play on high end gear you have to play really good because everything becomes so transparent. I spent a lot of time getting things as tight – not too polished. We didn’t record the drums using click tracks because he wanted to keep the natural flow and that’s how we used to do it back in the day when we didn’t know click track was a thing. There was a lot of natural energy flow between musicians. We accomplished what we were trying to do. The drums tracks are more warm.  We wanted to make it old school but still sounding fresh and new.  We wanted natural expression and feel and we didn’t look at the music as a piece of math.

One of the things I thought was interesting on this new EP was the second track “Deformed Insanity.” This is a bit more black metal than what you’ve done in the past. There’s a bridge of black metal and death metal in this song.

Do you think so? I thought it was a riff on my own song writing from the first record, actually. I really didn’t think like that.

Well, it’s got all that tremelo.

Well, yes, but that’s what I really did in 1990 and how I played as a 17-18 year old guy not really knowing what I was doing but trying to figure it all out. But now when people say ‘This is black metal, this is death metal’ to me that’s coming out of 30 years of genre bending. But for me, where I’m coming from, is that the we’re trying to be an original band regardless of the tag – to have your own sound, your own style and your own riff-making is, to me, the key to distinguish this from the next band. And if this is translating into what people say is ‘black metal’ or ‘death metal’ in 2020, that’s really up to you because I don’t really regard what I do as ‘this’ or ‘that.’ It’s just that how death metal should sound to me.

Was there really all this divide over black metal vs. death metal in the 90s in Norway as everybody claims it was? Are the legends true?

Yeah, for a little while it was true. It was more like a propaganda tool but it was more about being unique and not trying to be inspired by death metal at all. It (black metal) was more about folk music and minor chord use and things that weren’t in death metal but the people playing it always listened to a variety of extreme metal in their own living rooms. Morbid Angel, for example, was considered unique and everybody listened to them. The style diversion was definitely there as was the imagery and the “underground” aspect. There were a few years there where death metal was considered as a new way of thrash metal going big. That never really happened. At that time all these things (types of metal) merged into a big blur really.

The cover of this EP is a bit of a homage to Carcass and their early covers like the one to Symphonies of Sickness? You were really into listening to death metal during this time?

I remember looking at it (the cover) for hours thinking like ‘what the fuck is going on?’ The first thing that turned me on to more extreme music was this compilation LP in 1985 called Speed Kills. That album changed my life. It had Hallow’s Eve, Destruction, Possessed, Metallica, Megadeth and Celtic Frost on one album. That was like black metal, thrash metal and speed metal all on one album. This LP opened up all those gates for me. I went from listening to W.A.S.P., Motley Crue, etc. to this.

Then I got to know Mayhem like a year later realizing there was a band in Norway doing this type of music and they really introduced me to all the underground stuff. I was like 14 and I was already listening to Bathory, Hellhammer, Mayhem and knowing them and Euronymous – they were teaching me how to be a tape trader in those early days and introducing me to new underground scenes. That really inspired me and that changed my life and I’m still doing this so there was nothing else for me. I feel like I’ve done this all my life.

When you heard that first Celtic Frost song on Speed Kills did you ever imagine that two decades later you would be on stage with them?

That was insane. Any of those bands calling me would be equally insane. I was truly mesmerized by this band. The first thing was when Tom G called me and asked me to come and jam with them I was like, “Really, you are Tom Gabriel Warrior? I’m like you’re kidding me!” I realized that he had been to a show I was playing at and he had seen me live. When I got to meet Tom I brought all my LPs so he could sign everything I had. Then I got the gig too and I was like ‘Wow!’

You have a new record coming out.  Is it all ready to go?

It’s all ready to go but because of the apocalypse we just have to wait things out for manufacturing to get back to normal. All that stuff halted for a while and we had to find a new release date.  Artwork is done. Recording, mastering, mixing was done. Right now everything is ready for production. The EP D.G.A.F. will be out on vinyl as well with a bonus track. Right now I am spending time making new songs and examining archives and stuff. Maybe I can get those going with some reissues. Lot of things are unreleased as well from the old times. There are tours planning right now.

Do you have any other folks playing live with you?

We did one show this past year outside Oslo where we were the headliner. We had Destructhor (former live Morbid Angel) on guitar and Secthdamon (live Emperor) on bass. They are old fans and old friends so that was really cool. We recorded a full 16 song set and I’m working on getting it mixed. There are some videos out from that right now.

Do you have any guests on the new album?

Yes. The first guy I approached about being on this album will be on it – it’s Kam Lee from Massacre – the first song me and Dirk finished as a demo in 2016. Kam wrote verses and I wrote the chorus. He sings the verses and I join him in the chorus. It turned out really great. It’s inspired by early Death – Leprosy style and would be great to bring Kam into this. I would love to get Tom G to do something with us. If I could get Tom G, Lee Dorian and David Vincent then I would be complete.

The first record I got from you guys was Cadaver’s “In Pains” in 1992. I was doing College Radio and we got the record in from Earache/Relativity and I remember that we played a bunch of songs on the station a lot, especially “Inner Persecution” – was that a cello I remember hearing on that track?

It was actually double bass. I just talked to that bass player today for the first time in a long time.

Do you have any plans of ever re-releasing that record?

Yes. Maybe this whole comeback thing with Nuclear Blast and having this great coming out late Fall and this EP now will convince them (Earache) to re-release it. Earache is blocking the back catalog now, not for only us but for Carcass as well and many other bands. It’s really bizarre how they don’t monetize things that people are into.

“Necrosis” is in the clear. I own the rights to “Necrosis” and I have plans to reissue it. That’s coming. And it’s never been released on vinyl.  But I don’t want to do that before the new record. I want to put the new record out and then do the reissues with like a combination of everything.

We can only hope to check out Cadaver live at some point soon!

In the meantime, D.G.A.F. is out now on Nuclear Blast records.  Check them out here. 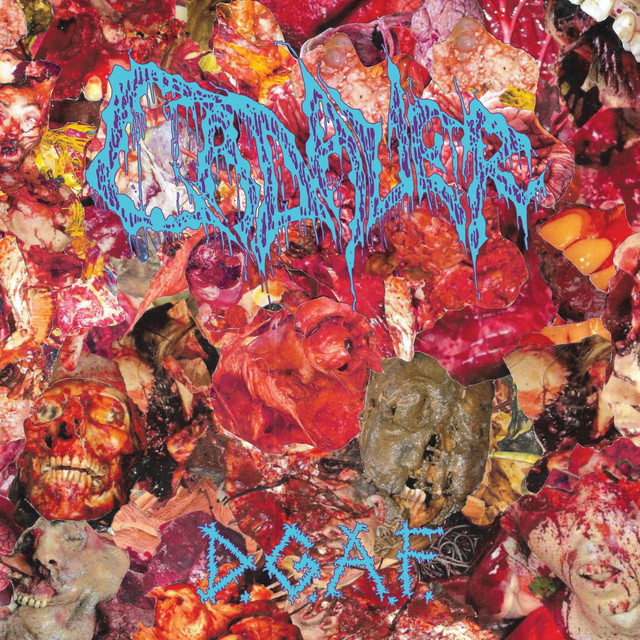