Legendary Finnish black metal band …And Oceans has returned from a 17(!) hiatus with their newest record, releasing this May on Season of Mist records.  We spoke with Timo (guitar) and Mathias (vocals) about the amazing Cosmic World Mother:

You basically took a 17 year hiatus as a band. What were you doing during these past number of years and what was the impetus for you to get back together?

Timo: We have had several bands along the years. So we’ve been semi busy, haha. I personally started doing gigs again in 2012 so seven years after last …And Oceans gig which was in 2005. We have had ideas to come back a few times. Those ideas usually came under the influence of alcohol while listening to old tunes. Nothing happened until late 2017 when we had our first rehearsal. It felt great to play those old tunes. We made a short video of that event and put it online. Soon there was already a piece of news in one of the biggest metal mag here in Finland of it. Then rumours started to spread that something is about to happen in …And Oceans camp. Some time after we got some gig offers. Did those gigs and then at the latest it was sealed. We must come back and make some new music.

How were you about to hook-up with Mathias Lillmans (Finntroll)?

Timo:  We had to part ways with our original singer. I have known Mathias for more than 20 years. I have had bands with him and still have other bands with him. I and we know he is a professional and a great singer so Mathias was quite natural choice to fix this urgent need of a new singer.

Cosmic World Mother is a lot different than your previous record.  It seems you go back a lot to your roots?

Timo:  Yes, you could say so. It was more or less intentional to explore more the sound of our early records. Not meaning that we couldn’t implement something new of course. We are always really open minded when it comes to exploring new territories within music if it just sounds good. Though we won’t do that just for the sake of it. One can hear from this new record that no such experimental stuff like in our latest records. That doesn’t mean the next album would be the same. You never know what we come up with.

Can you tell us a bit about the lyrical themes of Cosmic World Mother?

Mathias: The whole album circles around themes of energy. Energy is eternal, nothing ever gets lost, it just changes form. I am exploring on this album what that means and how it affects us as humans.

I know some of your shows were cancelled, what have you all been doing in the wake of this pandemic?

Timo: Yes, it seems that all our club gigs are cancelled or will be cancelled. Our gigs in Tokyo were already cancelled. Next up are summer festivals. So this is really bad for us and of course all the other bands as well. Don’t know how this affects our release of the album. Time will tell.

I personally have started to make new music for the next album. Already have some great stuff done. Will continue with that path. At least I’m playing because you never know when we have the chance to play live again.

This new record has some breathtaking artwork. Can you tell us who created it and a bit about the concept?

Timo: True that. Adrien Bousson from Season of Mist is behind of all these great pieces of art. The whole package will be so great.

Mathias: Yeah, this album will be by far one of the best looking album covers in years (if not ever hahaha)! The front cover was sort of finished when I joined the band and immediately when I saw it I knew what to write about. I sent the finished lyrics to Adrien and he made paintings to every song on the album, so artwork and lyrics really go hand in hand. Will definitely be something else this one!

More information about the release of Cosmic World Mother can be found via their site on Season of Mist. 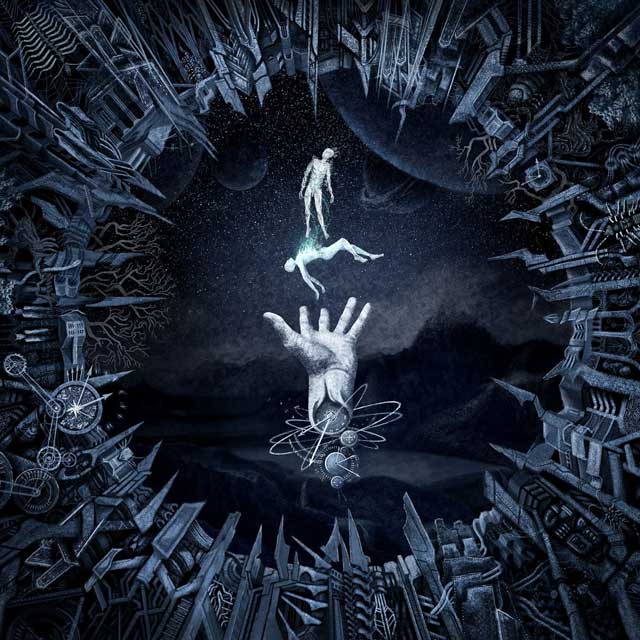