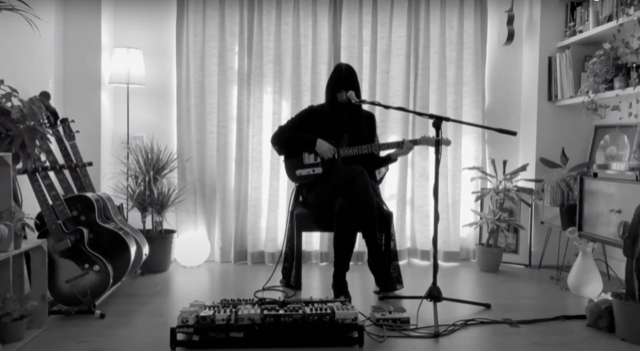 Singer/songwriter A.A. Williams made her stage debut in April 2019, and just over a year later, her full-length debut album, Forever Blue, was released on July 3rd via Bella Union (order here). The multi-instrumentalist continues to surprise and expand her fanbase as her melancholy, and yet hopeful music continues to captivate listeners. We caught up with the artist to discuss her new album, releasing music during a pandemic and remembering life before COVID-19.

What was the writing process like for Forever Blue?

The first songs written were penned when I was offered my first live show, at Roadburn 2019. I was offered a 50-minute set, but only had the 20 minutes of material from my first EP! I wrote Melt, Love And Pain, Wait and Fearless for this show, though I can’t remember if at the time I was considering them to be a part of an album yet. When I returned from Roadburn I spent the next few months writing pretty solidly, demoing songs, preparing them for mixing. The whole process was fairly quick – if you know what you’re trying to achieve it certainly helps you, and the more songs you complete the more the body of work takes shape, the clearer it is to you what work remains to be done. 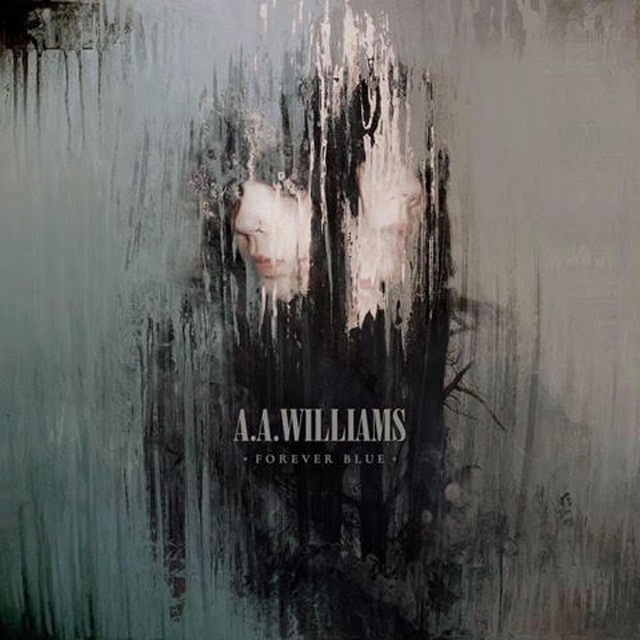 Fans and press have said that the songs are uplifting and reassuring, even though they’re melancholy – I like to think they’re full of beauty and warmth even though they’re maybe a little sad. I’m not so good at describing my sound, I don’t think too hard about what boxes my music fits into. I guess there are elements of traditional English folk, a bit of post-rock or post-metal, some classical elements and a bit of alternative rock too.

Can you talk more about the songs “Fearless? And “Love and Pain?”

It was a real pleasure to work with Johannes Persson on Fearless – I sent him the track with some text and a rhythmic guide. I had never tried to deliver heavy vocals myself, so not knowing what is comfortable or practical I wanted to make sure that he was working on something that felt right. Once I had his vocal take I added backing vocals over the top, I wanted to make sure I matched his vocal delivery, to add a softness and an element of pitch.

I suppose these two songs contain the most traditionally heavy elements of Forever Blue, though when I’m writing each song begins as an acoustic song. The heavier elements are added as I begin to work on the instrumentation at the demo stage, typically I add riffs and rhythm guitars first, then elaborate further.

Both of these songs contain stark musical contrasts. I add these sudden changes of dynamic and style because I enjoy performing them, I find them very cathartic as a listener and a performer. It’s hard for me to talk about individual songs sometimes, my subconscious goes into create-mode and I just work – I don’t really think too much about it, my mind takes over.

How has the experience been for you releasing your debut album during a pandemic?

It’s a tough one – I’ve never released an album before so I don’t really have anything to compare to. Aside from obviously not being able to play live I’m not sure the rest of the experience would have been that different if we weren’t experiencing the pandemic. There have been the odd logistical challenge, for example commissioning music videos during lockdown meant that the videos had to be created solely in the director’s homes. Not so easy when you consider that Steve Turvey’s video for Melt involved things burning in slow-motion.. It was his idea!

I think people have been turning to the arts, television, music as a way of escapism a bit more than usual. It’s been lovely to read the messages and comments from fans telling me how much they’re enjoying the new music, I’m glad people are finding themselves able to immerse themselves in it.

I noticed you released a few songs from your time in quarantine, including covering NIN, Deftones, and Radiohead, what else has kept you busy during lockdown?

Working on the cover videos definitely kept me busy enough at the beginning of lockdown. The series, called Songs From Isolation, comprised 5 songs, each of which was presented with a stripped down instrumentation. Each video took about 4 days to make – from working on the musical arrangement through to filming and editing.

Aside from working on the SFI series my other focus was preparing for the album release. There’s a huge amount of planning that goes into release, I was grateful to have the time to be able to focus properly on preparing everything.

While concerts are happening it’s still not certain when things can fully go back to normal. With that being said, do you have any livestream events planned to promote the new album?

I’ve just done two live-streams, one full band for Roadburn Festival and one stripped down performance for my label Bella Union – they both took place on the eve of my album launch. They were so much fun, and it was a real joy to perform again. That being said, it takes a lot of work to put together a live stream, if you want it to be of a greater quality than just using your mobile phone. There were two audio engineers, two camera operators and a vision mixer involved, and we of course had to remain socially distanced throughout. It was tricky but I’m really pleased with the results! I’m not sure I’ll organise another stream any time soon, but you never know.

Looking back when life was normal, what was one of the last shows you saw before everything shut down?

Unfortunately I don’t get to watch that many shows these days that I’m not somehow involved in, so I suppose the last show I saw was a snippet of The Sisters of Mercy in Nottingham – that was the last show of my tour with them before things started to shut down. The day after I performed my first headline show with my band in London, that was such a fun show but I was very aware of the prospect of COVID-19 restrictions, we were worrying all week about whether we’d be able to do the show. I’ve had quite a few messages from fans saying that was the last gig they saw before lockdown – I’m so pleased we managed to squeeze the show in before things closed down.

A.A. Williams will be supporting Mono on their spring 2021 European tour: 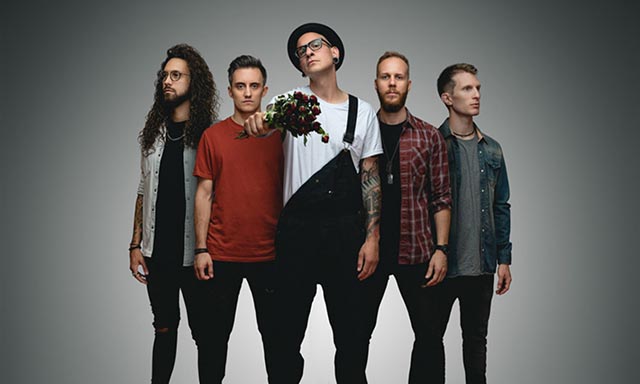