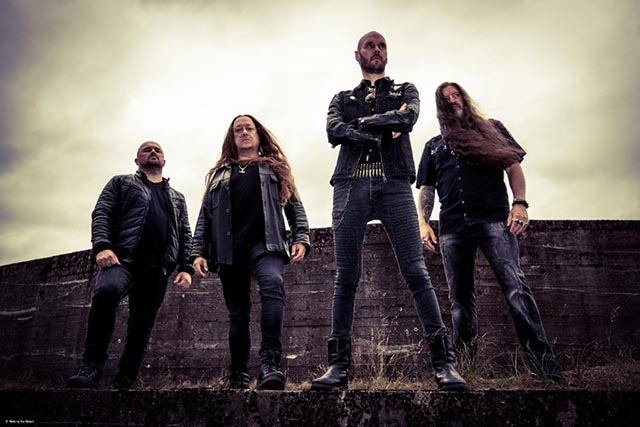 Dutch death/black/doom metal outfit Soulburn concluded 2020 with the release of their new album, Noa’s D’ark (order here). We caught up with guitarist Eric Daniels to discuss their latest effort and their overall experience recording an album during the COVID-19 pandemic.

How has the response been so far for the new album Noa’s D’ark?

The reactions on our new album Noa’s D’ark are very overwhelming. People like the new album as much as we do, we see a lot of responses and it makes us proud and happy to see our fans and new fans dig it. Also the media is very enthusiastic about the release.

What has the experience been like for you to release a record during a pandemic?

The album was recorded in 3 different studio’s in The Netherlands. The guitars and drums were recorded at Tom Meier studio, the bass recordings at Purple studio, and the vocals were recorded at Double Noise studio. JB van der Wal (bass-player of the band Dool) did the mix and master. The first mix he sent us was instantly spot on! I think in the end we tried 4 or 5 different mixes, but kept coming back to his first approach which he did totally on his own the way he thought would bring the right atmosphere to the whole of the album. And damn he was right! He did an amazing job, and really brings it to an existentialist height. It communes with the spiritual depth and cosmic freedom of the lyrical content and hereby makes for an ultimate audial trip experience for Noa’s D’ark. It was indeed a special process to get started with the recordings. We never rehearsed for this album all together because the rehearsal rooms locked down because of the pandemic, so basically the whole album we prepared from our homes. Also the fact that it was a bit frightening and we were not sure if we could enter the studios during this time. Luckily, we could record the album, three people maximum present as a rule. So we started to record the album, and planned and it went very very well. It was strange of course cause that’s not the usual way to record an album, but for us it went well. In the end it perhaps was a better approach to work this way, a relaxed way, and very concentrated. It didn’t affect the recording and mixing of the album. For us it makes it special, many years later, we always have this situation branded on the album, when we turn the cd player on, the record-player, or any other digital device, we will be transported to this process with memories. How we made the album in the most unusual way

The whole album was composed and shaped in what we like to call blueprints, in most of 2019. The first song was done in the beginning of 2019 and the last song was done in December 2019. The songs were composed in the same order as the tracklisting. We never changed the order. I think that’s special to mention. All songs had that particular order to the album. There was just enough inspiration to make the songs in this order. Every song had its own challenge. The songs are different from each other, so that makes it also a challenge. The whole process of this writing was very nice to do. The structure of the songs from beginning to end.

Can you talk about the video “Shrines of Apathy?”

We have chosen this song “Shrines Of Apathy” for the videoclip cause we were convinced this song is the best at reflecting the atmosphere we put in our music and the darkness of our songs. Of course the other tracks on the new album are too. But the theme and atmosphere is spot on in this song. The writing process for this track was done in 2019 when we started to write new songs for the whole new album. I think it was in mid-2019 when this song was seeing daylight. It’s an explosion of expression, the vocals, the music, all fitted right in. It has as we call it the hypnotic vibe in it. It’s what we like so much. The video was shot at the venue Doornroosje in Nijmegen Holland by Maurice Swinkels / Younique Film and the images in the video were shot in Tilburg Holland.

With shows remaining uncertain in different areas of the globe, what do you think concerts will look like in a post pandemic setting?

I really hope they will be the same as before the pandemic. The same vibe and the same enthusiastic response. We really hope the vaccines will take place very soon, so normal life and the entertainment industry can start up again. We are excited to hit the stage again and see other bands live again. It is so missed now, and we all lunge for it!!

What albums have helped you get through 2020?

Thank you very much for this awesome interview. To our fans in the US and new fans, listen to our new album Noa’s D’ark and step into the journey of darkness and brutality. Stay safe, take care of each other, and especially take care of the people who need it the most. We really hope to play in the US very soon, and spread our word of sickening darkness. Cheers !! 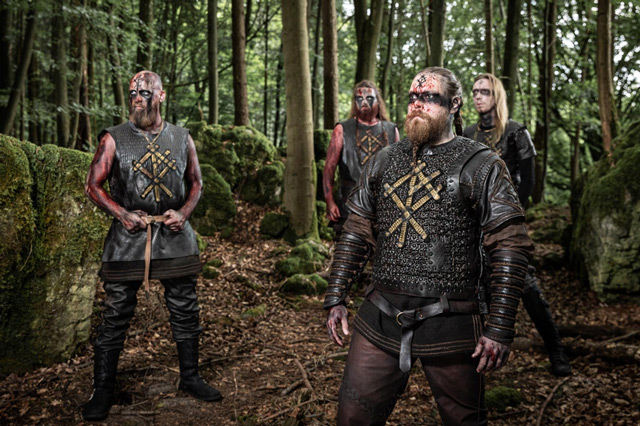 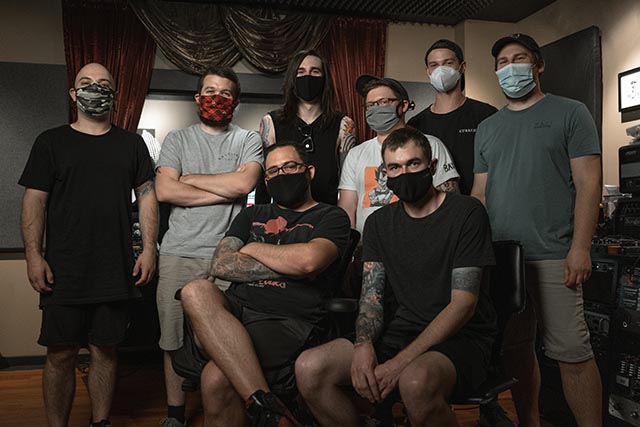