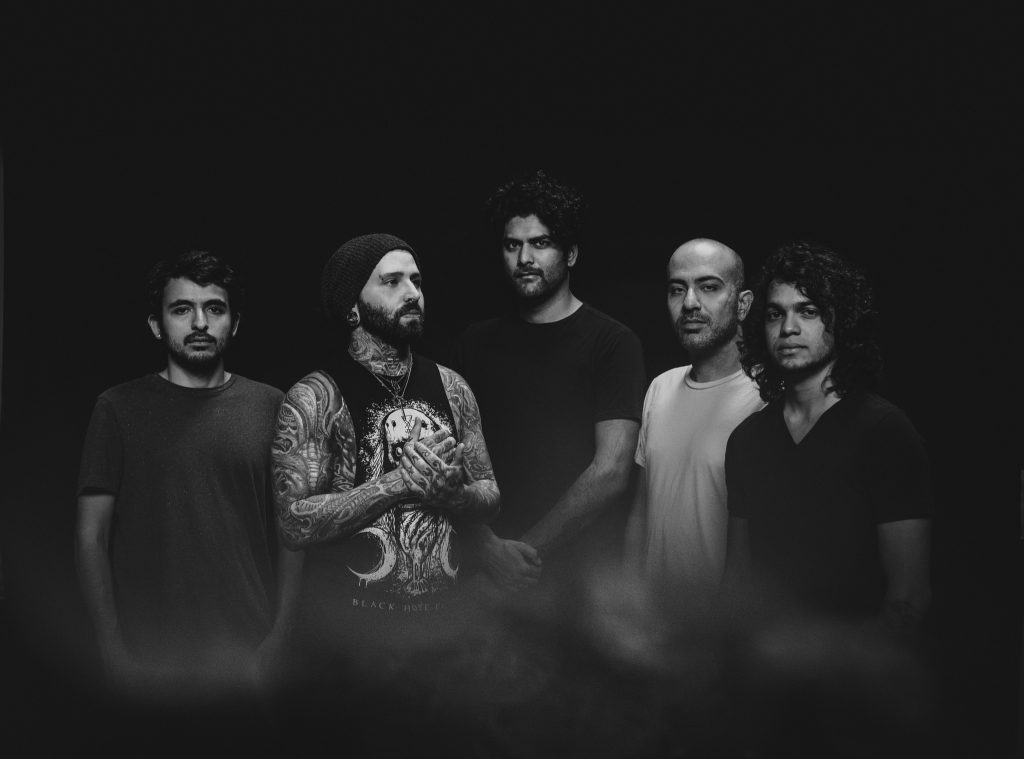 How has working with Eric Emery on vocals affect the overall writing process?

It’s very different working with Eric compared to how it was with Dan. Dan is much more of the kind of singer who likes to get a song in somewhat of a finished form down vocally before he shows it to the band, which was of course never a problem because the ideas were always great and we’d just sit back and enjoy the results! But Eric likes us to write the vocals with him, spitball ideas back and forth and generally it’s a much more involved process from the get go. It was a challenge as none of the rest of us really had much experience writing lead vocal lines at the time that he joined the band, so the whole journey thus far has been very interesting and peppered with fun challenges all the way through.

Is Sunshine Dust the direction you wanted to move towards since the split with Daniel Tompkins?
Even while Dan was still in the band, once we were done with Guiding Lights and released it, we immediately had a conversation where we all sort of agreed that we wanted to explore a different direction with the next record in terms of trimming the fat, making our songs more punchy and to the point, and really taking risks with sound selections and incorporating a lot more electronic elements into the mix. It was probably just a natural reaction to doing an album like Guiding Lights which was such a proggy record, like really down the deep end of the prog pool as far as our own sensibilities were concerned. And I think that’s what sort of initially shaped the direction that the new songwriting was going in after that album, the fact that we wanted to try something new and exciting. And once Dan left the band and Eric joined, it turned out that this new direction was exactly what excited and inspired Eric the most too, so we just went with the flow and that’s what resulted in Sunshine Dust.

How have the fans accepted these changes?

I think it’s gone down very well. I’m honestly very proud of our fans, I think they are largely very open minded and receptive of what we do despite knowing that we throw curveballs with every new release and it can be rather polarising that way. But on the whole, considering how so many bands struggle sometimes with replacing key members, especially frontmen, and how their fans really rip into them for it (often unfairly), I think our fans have been incredibly supportive on the whole. Of course we do tend to fixate sometimes on the internet loudmouths who trash what we’re doing just because they deal with change, but we’re quite aware on the whole that our fan base is comprised of really solid people.

What are some of the biggest challenges you had to face especially having members located in India and the U.S.?

There’s the obvious challenges like the travel costs and absurd logistics involved in touring and recording and all that, but to me the biggest challenge is the time zone difference. India and the US are like 9-12 hours apart which means that there’s usually a very small window of time when everyone is awake and available to have a conversation, which results in a lot of things taking a lot longer than they should to materialise or just get going. There’s a whole different energy when we’re together and getting stuff done, and it can be draining and exhausting trying to stay excited about everything when 90% of our discussions happen over text with people waking up and responding to texts that were sent hours ago by another member who is now asleep and won’t respond back for hours. The daily drudge just takes over and threatens to kill a lot of spark.

What is the overall lyrical theme of the new album (Sunshine Dust)?
It’s largely a look at the human animal and various angles of looking at our self-destructive tendencies as individuals, groups, ethnicities and overall, as a species. But with hope, where there is Skyharbor, the music will always be laced with a pinch (or a fistful, depending on how we’re feeling at the time) of hope 🙂

Musically, how would you describe Sunshine Dust compared to 2014’s Guiding Lights?

More colourful, more risky, more bipolar, more punchy and to the point, and arguably more relatable and currently relevant from a lyrical point of view.

What are some of your favorite rock/metal artists out in India right now?

I’m really into a post-rock/metal band out of New Delhi called Zokova. They’re like a heavier and darker version of our good friends Sleepmakeswaves from Australia, the Hyde to their Jekyll if I will. Great band and I hope they bring their music to other corners of the world soon, they deserve to be heard.

In addition to the album and your upcoming string of dates in October, what are your plans for the rest of 2018?

I think it’s a good time to start writing new music. We haven’t written anything new per se for over a year, and I’m feeling the creative itch more so than the desire to tour right now. I’m looking forward to getting into the studio with the boys and seeing where we’re at now musically and what vibes we’re feeling.

Anything else you would like to add/say to your fans?
Just a massive thank you for being so patient over the last four years as we slowly pieced this album together. We really wanted it to be the best it could possibly be, considering how the band was badly fractured at a point and we kind of had to rebuild our collective chemistry, and it’s taken time but we’re so happy with the result and it looks like from the early reactions that our fans are taking to the new record well. Thank you all once again so much and see you soon at a show near you! 🙂 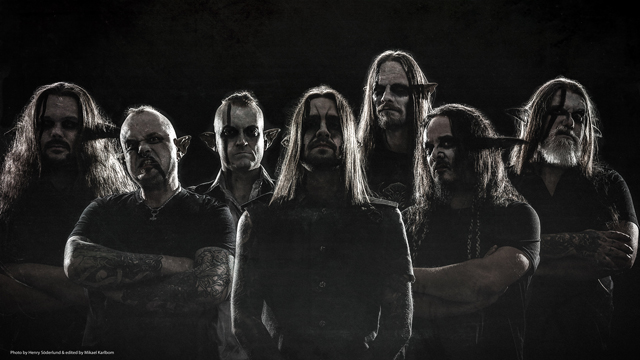