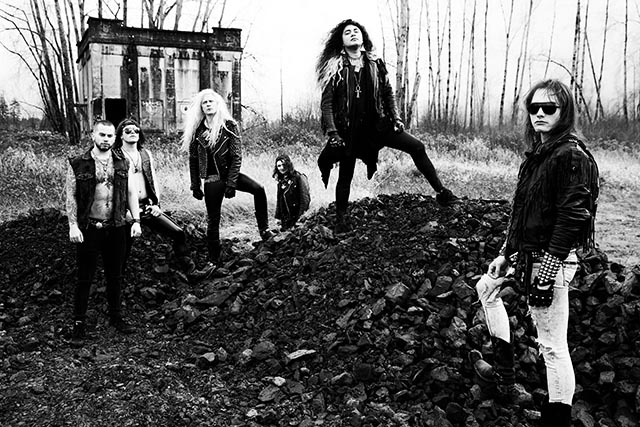 Silver Talon have finally released their full-length debut album, Decadence and Decay, earlier this year via M-Theory Audio. We caught up with guitarist Bryce VanHoosen and vocalist Wyatt Howell to discuss the album and moving forward following the disbandment of Spellcaster.

After the disbandment of Spellcaster, what has it been like for you guys to start over?

Bryce VanHoosen: It’s actually been really good! Kind of like the best of both worlds – we already had people’s attention from Spellcaster, but we could start from the ground up and avoid the mistakes that were made with that band. Plus it’s a great opportunity to reinvent yourself. I had always wanted Spellcaster to be a little darker and heavier, which may have been (yet another) jarring stylistic change over a mere four album period. So it’s cool. We have the freedom to do whatever we want to do without the spectre of three previous albums looming over us. Of course some folks will always compare us to Spellcaster, but it’s fairly obvious that Silver Talon is it’s own completely separate entity at this point.

How has the response been so far for the new album, Decadence and Decay?

Bryce VanHoosen: It’s been great! We’ve gotten more press for this album than I’ve ever received in my entire life, Spellcaster or otherwise, so that’s certainly encouraging! The people who get it seem to really enjoy it, and they’re like completely on the same page as us artistically. And of course some people are less than enthusiastic, as happens with these things. Fuck ‘em, I say. The best records are totally polarizing anyway. But really, the response has been overwhelmingly positive.

Wyatt Howell: It’s been pretty incredible from my point of view. We expanded greatly upon our original sound and creative direction in general, pumped everything up to eleven, and thankfully, most people seem to get it. Couldn’t be more content with how people have been taking to it.

How would you compare the record to the debut EP, Becoming a Demon?

Wyatt Howell: Even though Becoming A Demon was an EP, I think it was your pretty typical first release to second release evolution. On Becoming A Demon, we were just trying to figure out what the band was as a whole, and where to go with it musically, aesthetically and attitude wise. I wasn’t sure initially what the dudes were looking for from me, vocally, having come from the Spellcaster stuff. I kinda reset my voice to square one, and started building a different foundation for my style in order to blend it with the new musical direction. On Decadence and Decay it was just full confidence, full speed ahead.

What has been your experience releasing an album during the COVID-19 pandemic?

Bryce VanHoosen: It’s been different. Usually the move is to go out and tour to promote the album once it’s released (or use the album to promote the tour, as is more common these days). But we’re kind of just sitting here like “shit, what do we do now? I guess we’ll use the internet some more.” We were actually laughing the other day because we’ve done two full photo shoots since we’ve played our last show. We’re doing the usual band stuff, like releasing albums, taking photos, filming videos, but not really playing. Hopefully we’re at the end of this shit, but who knows. With all the fall tours getting rescheduled for 2022, we might actually have two albums to promote by the time we get out there again.

Wyatt Howell: Pretty chill for the most part. Other than the anxiety of wondering where the world is headed, distribution issues, and all the other stuff it’s brought. It leaves a lot of time for the creative process, which is fine by me. People are just starving to listen to new music, so we’re happy to deliver!

Are there any songs that were more challenging to write?

Bryce VanHoosen: For me, not really. Once you get a kernel of something, it kind of tends to write itself. So it’s kind of just finding that seed of inspiration and letting the process work its way out. I’m pretty obsessive once I get into the writing mode, so it tends to be like short, intense bursts of effort put into things. It’s just getting started that can sometimes be a challenge. So yeah, I‘m afraid I don’t have a great answer for this! They’re all challenging, but I love it, so it doesn’t really feel like work.

Do you have any touring or livestream plans you can share?

Bryce VanHoosen: We were actually talking about how we should do some live streaming, so that may be in the works! I was hoping I could dig my heels in and resist the new normal of Covid or whatever and NOT have to do a livestream, but I might just have to suck it up and lean into the pandemic promotion. As for live, supposedly we’re playing Legions of Metal in Chicago next May and Hyperspace Festival in Vancouver, BC in April. Time will tell if that happens!

Bryce VanHoosen: Thanks so much for the interview! Be sure to check out Decadence and Decay out NOW on M-Theory Audio! 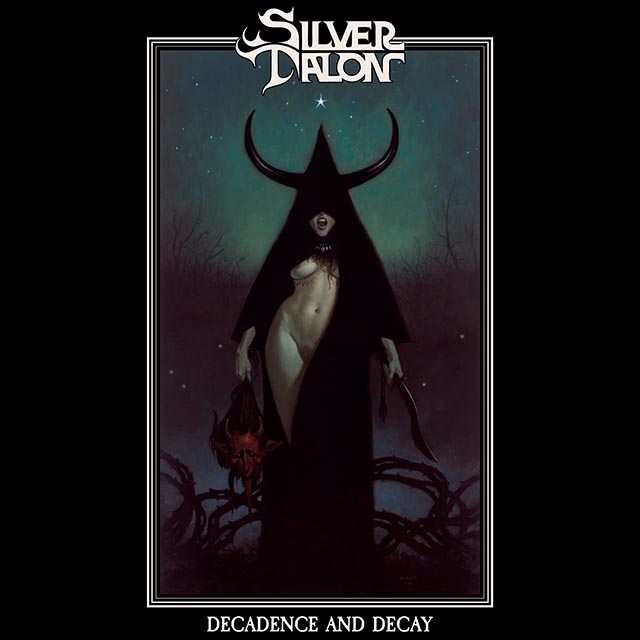 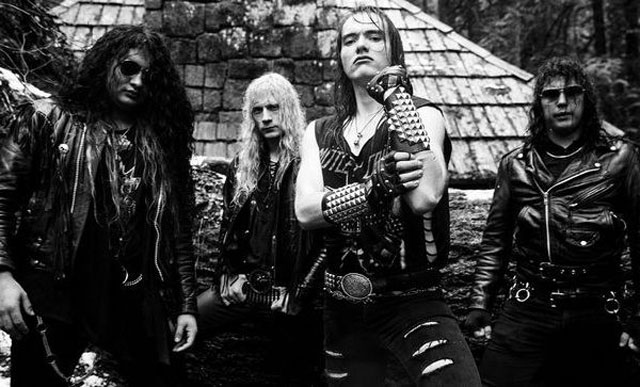