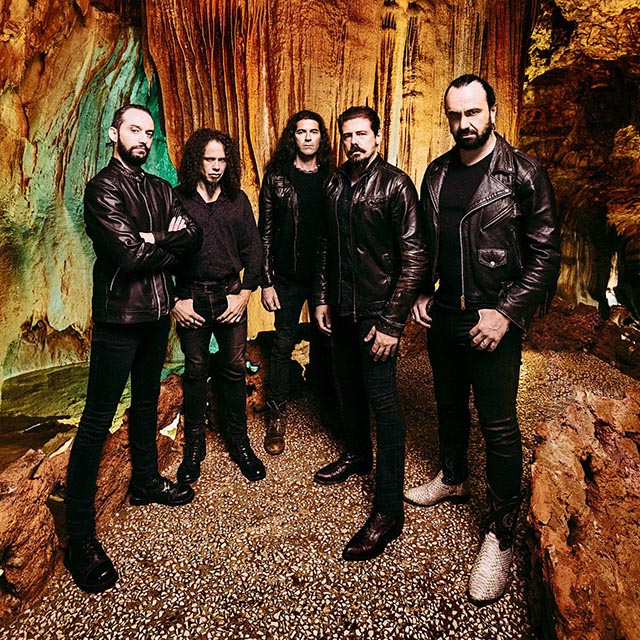 Portuguese dark metal masters Moonspell are gearing up for their overall thirteenth masterpiece, Hermitage, out Friday (26th) via Napalm Records. The follow-up to 2017’s 1755 will be a first with their new drummer Hugo Ribeiro. We caught up with Ribeiro and Pedro Paixão (keys/guitar) to discuss the album and looked back on 2001’s Darkness and Hope.

What was the experience like for you creating an album during a pandemic?

HUGO: Everything was done basically like we usually operate. We come up with song ideas individually and work from there. In this day and age it’s super easy and convenient to share files with each other. Since Pedro and Ricardo are the main songwriters in the band, they got together more often to build the semi-final structures of the songs before Fernando came in with the vocal melodies and lyrics. All of this happens before we enter the pre production phase. Of course, through all of this process, precautions were made because of the pandemic. Since gigs were scarce, we could focus much more on completing the new album.

You mentioned Hermitage marks a closeness to the end of your musical journey. Can you elaborate on this?

PEDRO: Fernando has mentioned it and I still can’t figure exactly why he said it. It’s not the closeness that confuses me, it’s the end of our musical journey! In fact Hermitage brings you to some closeness, obviously, as the whole concept is pointing to isolation and introspection. In terms of music, hopefully, Hermitage starts a new era in Moonspell. Bear in mind I’m talking about music, and we feel our way of composing and arranging the songs until Hermitage, reached a point where we did already all we could. It’s time to approach the music by the music and avoid to structure a song before all the path is well drawn. I actually think this journey has just begun!

What songs were more challenging to write on this record?

HUGO: I think the longer songs like “Without Rule” and “All of Nothing” are probably the most challenging mainly because of their length. When a song is longer than usual, it requires much more attention to detail regarding structure and changes. They also tend to have more different sections and progressions than usual which require extra care so they won’t be repetitive and boring for the listener. It can be pretty tricky sometimes but I think we pulled it off wonderfully.

Can you talk more about the song “The Hermit Saints?”

HUGO: This song is one of the heavier songs in Hermitage. It’s groovy with some great vocals by Fernando, Pedro and Ricardo. I think this song gets a bit more back to Moonspell’s older roots from an instrumental standpoint. Rhythmically, it’s a swing type feel that makes you bang your head, so that’s always a good sign. Though it’s a heavier song, it has a few softer moments which create great dynamics throughout the song. I think this will be a must have song in the live setlist. It’s the fourth single of the album, so it’s definitely a very strong song in Hermitage. 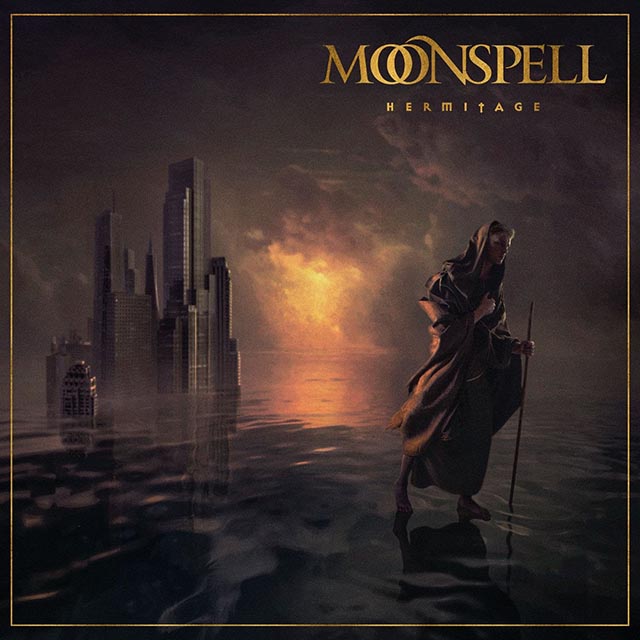 It wasn’t too long ago you had a livestream and live show, what was that experience like and what plans do you have moving forward during this time of uncertainty?

HUGO: The livestream was great and also was our annual Halloween themed show. Although we were only allowed to have half of the venue’s capacity regarding physical fans, we had many viewers watching worldwide. We actually broke the record regarding the number of online viewership in Portugal which is very humbling. The show is now on our Youtube channel in its entirety. Right now we still have booked summer festivals. Some of them are new and others were postponed from last year. We hope everything can go according to plan regarding those dates, but as we all know, things are still very uncertain. Meanwhile we are busy developing exclusive content for our Wolfpack page on Patreon. If you’re a fan of the band you should definitely check it out.

This year marks the 20th anniversary of Darkness And Hope, what do you remember from making that album to how the band has evolved since?

PEDRO: Darkness and Hope represents very well, by its title, the paradoxical times we were living back then. After the polemic album Butterfly FX on which we drifted away too much from our origins in terms of sound and songwriting, we felt that we had to rebuild ourselves as a band. We weren’t self confident or sure about anything really! But the experience in Finland was great and it played a major role in our, let’s say, reconnection to Moonspell’s path. It was a small step but an important one. You must understand that Butterfly FX is a result of a work without our own studio which kept us apart from working together as a band. Darkness and Hope made that reunion back with all the changes it would bring. Ricardo went through rough personal issues and Sergio, our bass player at the time, ended up leaving the band before the next album Antidote. So you see, it was a transition album when we were redefining our career. The good things about it was to get more familiar with Helsinki – what a great place for rockers – and to work with Hiili Hilesma – what a great guy!. After this album our confidence and ambition has increased from album to album . I think Antidote is immediately a great album, one of my favourites even though we ignored a bit too much the keyboards and focus on guitar. From then on there was Memorial, Night Eternal, Alpha Noir and you can tell we were going heavier and denser on each step. There was plenty of evolution in the meanwhile, nevertheless I don’t think we want to follow heaviness so much. I mean the standard heaviness, not the emotional one!

HUGO: We really hope you enjoy Hermitage. It’s a labor of love and a very special album for us in a stranger time of our career regarding change and uncertainty. It’s also a huge amount of work and commitment to record an album, something surprisingly many people that are not musicians or in the music business don’t seem to realise. That being said, please support your favourite bands/artists in these difficult times. We hope to get out on the road as soon as permitted. Meanwhile, stay safe and healthy. 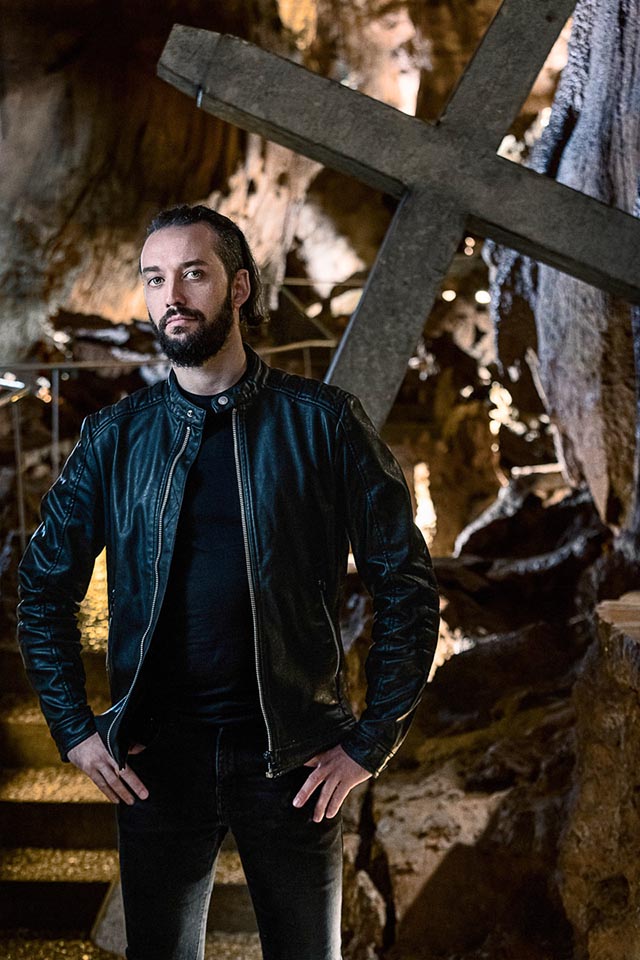 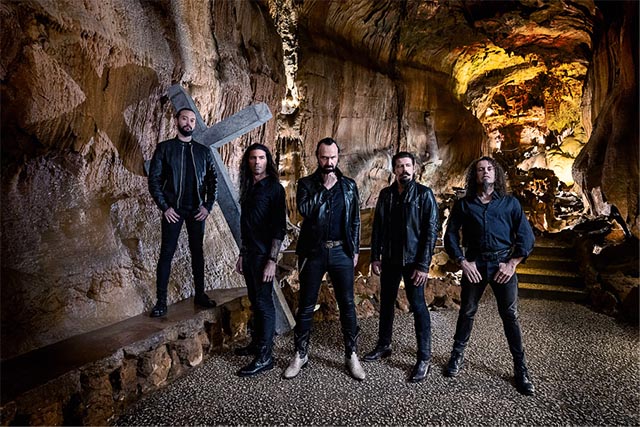