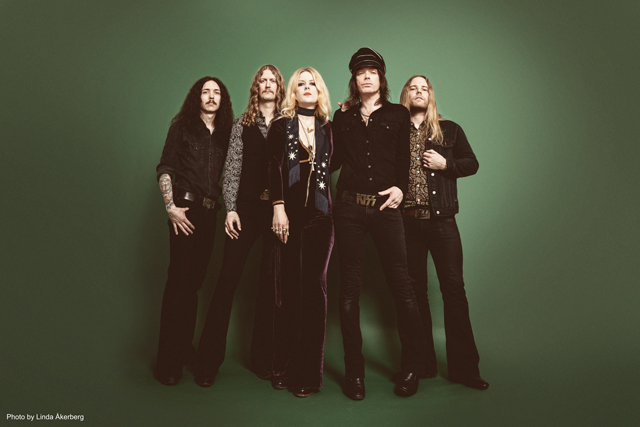 Lucifer released their third album, III, in March via Century Media Records (order here). We caught up with the group’s masterminds Johanna Sadonis and Nicke Andersson to discuss their latest offering.

How would you compare the recording process between Lucifer III and Lucifer I?

Johanna: For starters, it was a completely different line-up back then. For Lucifer I, I had booked us into Candy Bomber Studio in Berlin where I lived. The band flew in from London to record for a week after which I remained alone with our engineer, Ingo Krauss, to record vocals and to discuss production, mix, etc. I was very much on my own, managing the band, pulling the logistics together, etc. Today I live in Stockholm and do everything together with Nicke. I love how we are bouncing ideas off one another. It’s a lot more fun this way and has driven the band further in a lot of different ways. We both wrote, recorded and produced Lucifer III at home in our own studio Honk Palace, where Nicke also mixed the album himself. Linus and Martin came over to record their guitars for several recording days and we just had a great time making this record together. It really is a luxury to be able to go into the studio at whatever crazy hour to record and try out stuff in a leather jacket or bathrobe, you name it!

What are some of the themes on this album?

Are there any particular songs that were more challenging?

Nicke: Not really. But Martin and I had to re-record the basic tracks for “Cemetery Eyes” because we had recorded it in a much too fast tempo. Not exactly challenging per se but, for me, it’s always easier to play fast songs than slow.

Can you talk more about the song “Leather Demon?”

Johanna: It’s a song about a leather clad demon. He’s kind of a faceless Joey Ramone type, who’s confined to hang out in the cemetery. He’s sitting around on tombstones, smoking cigarettes and waiting to be summoned. You know, as you do.

Are there any countries or cities you’d like to book a tour that you haven’t yet?

Nicke: We’re trying to fit in a tour in South America in the not too distant future. We’d love to go to Australia and New Zealand sometime too.

Johanna: There are a few morbid nuggets hidden on the album. Happy hunting! Or haunting, or whatever. 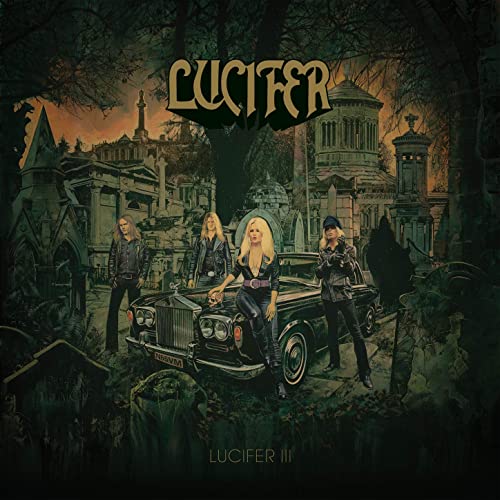