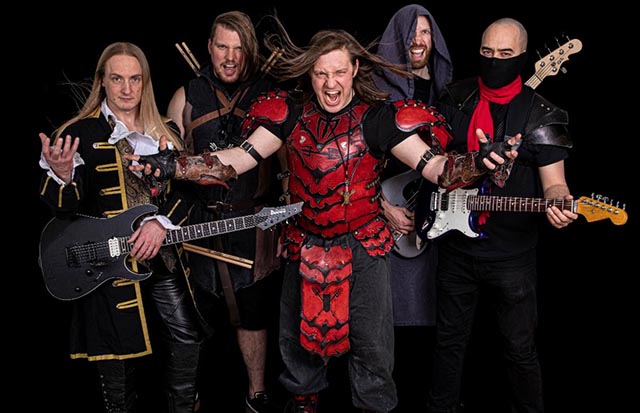 Wisconsin-based heavy metal act Lords Of The Trident are gearing up for their new fifth full-length album, The Offering, out April 1st. We caught up with the group to discuss their upcoming independently released effort.

What was the process like recording the new album The Offering?

This album was our first time working with Jacob Hansen, so we were incredibly excited to be working with one of our “recording heroes!” Over the years we’ve put together a pretty decent home recording setup down here in the basement, so recording The Offering (much like recording any of our recent albums) has been pretty stress-free. That’s the nice thing about having your own space and equipment to record – you don’t need to worry about paying for someone else’s time, so if something isn’t going right, you can simply re-try tomorrow. The only aspect where that wasn’t the case was with drum recording. We went to a local studio for that. Overall, though, things stayed on schedule, and there wasn’t much drama to speak of!

How would you compare The Offering to 2020’s Power Outage?

Well, first and foremost, Power Outage is a 100% acoustic album, so there’s a TON of differences. If you want to compare apples to apples, I’d rather talk about the difference between The Offering and Shadows from the Past. With Shadows, we were working with an engineer that we’d worked with multiple times before (Doug Olson, who mixed Plan of Attack and Frostburn), so we knew his workflow, and knew what to expect. With Jacob, we had no idea what the mixing workflow would be like. In terms of the final product, I’m incredibly impressed with what Jacob was able to do with our music. The Offering was our first try at a concept album as well, so there was an additional level of challenge in keeping the story consistent and the lyrics cohesive. All in all, I really enjoyed the “storyline” aspect of writing this record. It opened the door to so many cool possibilities like the accompanying artwork in the booklet. I also think this is an album where the music writing really cemented itself into our style. Shadows from the Past was the first album with the Baron writing a majority of the music, and he was still relatively new in the band at the time. Now I think he’s completely cracked the code as to what makes a “Lords of the Trident” song!

We’ve actually talked about this and debated whether the pandemic gave us more time to focus on the record or less. Normally we’d be writing and rehearsing around multiple planned shows and tours, but that didn’t happen this time. Instead, we had a long period of time where the five of us just couldn’t get together at all. I think the pandemic gifted me with a little more time to work on lyrics and re-work ideas that I had. There were definitely some influences and layers of angst and frustration from the past six years or so that wove their way into the storyline of the record. I tried my best not to be extremely overt about them. In terms of music writing, to me it seems like the Baron is a writing machine, so I don’t think the pandemic slowed him down in the slightest! In fact, I’d be surprised if he didn’t have 20-30 more song ideas up his sleeve, waiting for the right moment.

Lyrically and melodically, I think “Champion” was the hardest for me. There’s a LOT going on in the guitar lines that makes an effective melody difficult. Both guitarists and I spend a lot of time re-writing parts over and over again until they’re perfect, so that’s really nothing new for us! I heard the Baron say that the slow breakdown part in “Acolyte” took him about 20 hours of writing and rewriting to get correct. Before we knew that the album was going to be a concept album, there were a few songs (“Champion”, “Charlatan”, and an unreleased one called “Master of Speed”) that needed a bit of re-working in order to fit with the storyline. Most of us were away from each other for extended periods of time, though, so I think many of us didn’t see the hard work that everyone put in to make their parts perfect.

Can you talk more about the songs “Feed The Wolves” and “Champion?”

“Feed the Wolves” was written by Asian Metal, and is probably the sassiest song on our record. He came in with this really heavy 80s, almost Zak Wylde type riff and I immediately loved it. The Baron helped refine the song a bit, and “Feed the Wolves” was born. At first, I was wondering where this was going to fit thematically, because the feel of the song is a lot different than many of the other songs on the record. We even considered cutting it at one point, but I’m glad we didn’t – we’ve had a HUGE fanbase response to that song. “Champion” was one of the first songs that the Baron wrote for this album, and the lyrics were originally about the game “Dead Cells”. That one ended up getting re-written over and over again to fit the storyline. I think “Champion” really shows off the strength of the rest of the band. The vocals really take a back seat to the extremely flashy playing of the other members. In fact, I think the Baron said the solo on “Champion” was his most difficult on the album!

In December, we’re slated for our first tour of Japan! We’re very excited about that, as a few of us in the band (myself included) speak Japanese, and have friends & fans over there that we’re excited to visit. So far we’ve filmed and edited seven music videos for the album, and we’ve reserved a mansion for video number 8! The response to the album drop on Patreon has been huge too, as we’ve experienced a 15% overall increase in support, and 84 new backers. We’re planning on continuing to make some great content for the patreon backers, including a “making of” video for the album. Our festival – Mad With Power Fest – is coming up on its 5th year this August, and we’re certain we’ll be able to sell that out. We had a West coast tour planned for January of 2020, which obviously didn’t happen…so we’re hoping to resuscitate that tour in early 2023. LOTS of stuff on the horizon!

I’m extremely proud of this album, and I think it’s easily our best album to date. I hope everyone picks up a copy and enjoys all the extra content we made! 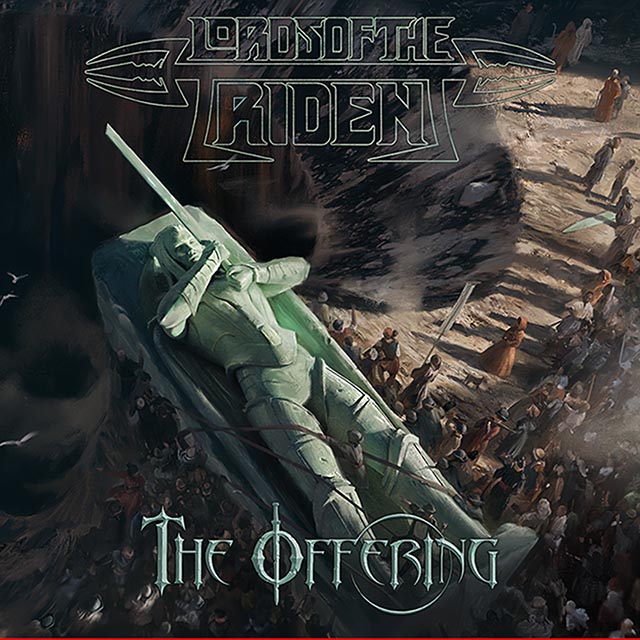 Tags: Lords of the Trident