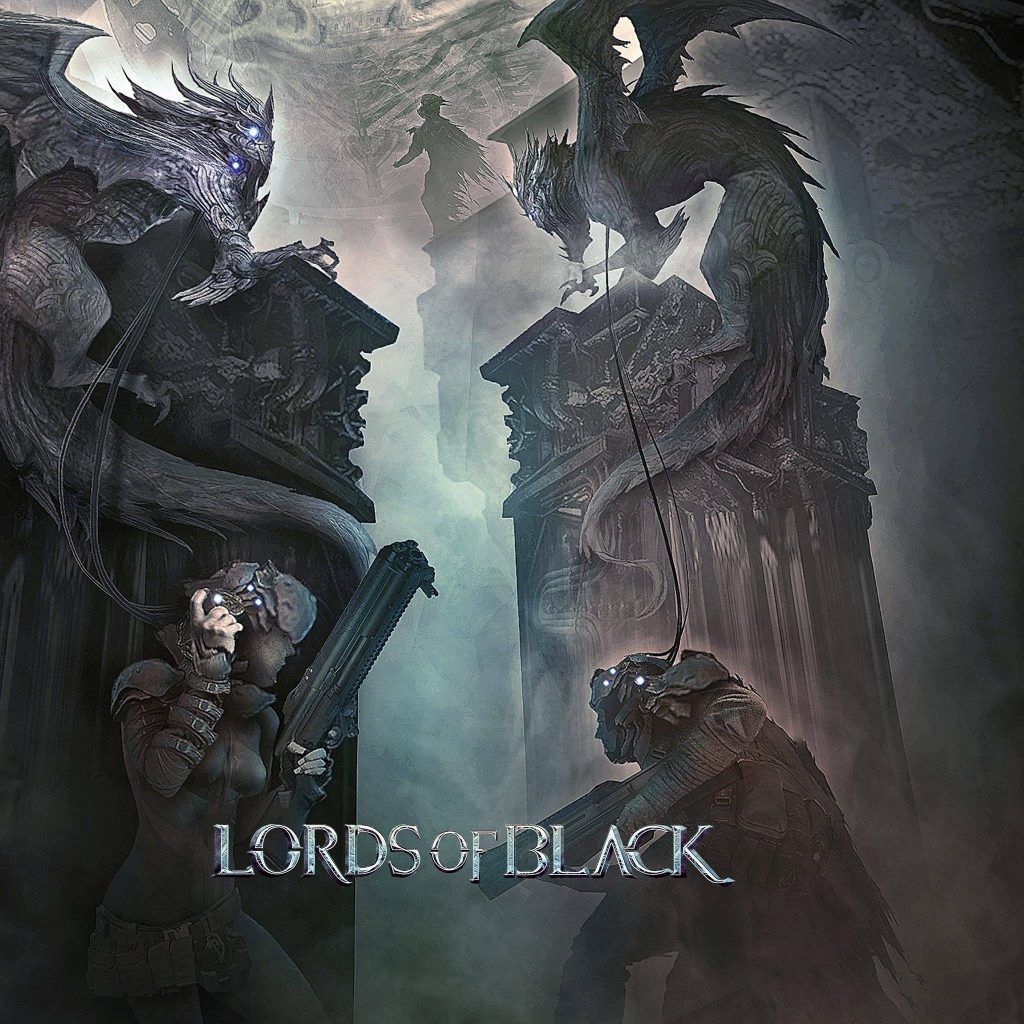 Hailing from Spain are heavy metal outfit Lords of Black. The group formed back in 2014 after Andy C and guitarist Tony Hernando said goodbye to their previous band, Saratoga. The group have been receiving a substantial amount of buzz ever since and it could have something to do with frontman Ronnie Romero (Rainbow). The band’s latest effort, Icons of the New Days has arrived today (11th) via Frontiers Records (purchase here), and we were lucky to speak to the band’s guitarist Hernando about their latest effort, as well as getting to know more about how they started.

Let’s start from the beginning, can you tell me how Lords of Black formed?

The band was formed in 2014, but the seed was planted the year before, when Ronnie Romero and I met for the first time, when I invited him to sing some songs at a big Ronnie James Dio Tribute concert I organised with the best musicians of the Rock-Metal scene here in Spain…I put a kind of “all star band”, with me as guitarist and music director for the whole set, while 4 different drummers and up to 6 singers took over 5 or 6 songs each…well, everyone did a great job, it was truly a night to remember and we had such a great feel and joy doing that…all the singers were really amazing…but when I was playing along with Ronnie…it was like electrifying…I can’t really describe how it felt-and it still feels!-when Ronnie and I are playing together…nothing about forming a band was talked about that day…but somehow we both knew that we were going to make something together…and as it was like meant to be, the bands with we were engaged at that time came to an end…and we just got together and we knew what kind of music we wanted to do from the get go! Shortly after drummer Andy C. joined us and believe it or not, we pretty much wrote and recorded our first album like in three months in secret…we just wanted to present the whole thing when it was done.

We started to promote that debut album opening in Spain for some important bands like Helloween, Unisonic…and word of mouth started to pay off…later, when we were already recording our second album it happened, the whole Rainbow thing and we signed with Frontiers Records and released album “II” worldwide. It was very successful and we got to play all over Europe several times, Japan and the US as well.

What sparked you guys to work on Icons of the New Days?

Well, we knew we had to come up with something strong and solid to live up or better beat our previous albums…We work as much and hard as we can and we start to decide on the best songs to record…in this occasion we wanted to make a very modern current album sonically and lyrically, and we have a different kind of pressure now because now we’re not a new band and when you have several albums fans and people in general tend to compare those albums, so even If I truly believe this is a better album, there will be people that will think the first or the second were better or worse…just because how they feel about them and when they got them in the first place, you know? It’s all about feelings and tastes, sure, but one thing I sure can tell you, Lords Of Black will always release quality strong albums, there’s just no way I will step back, not even a bit…I’m relentless when it comes to keep moving forward and try to beat myself.

What message do you want fans to take from it?

Well, in this album, many of the lyrics have some relation to the actual and future world and the way technology, artificial intelligence and stuff of that nature are changing not only the world and our civilization, but ourselves as human beings, both mentally and physically. We are witnessing everyday-in real time if you will- changes that are very deep and even traumatic in our lives, changes that are way faster than many of the historic moments before that might took years or decades to understand the impact they made. So yeah, many of the values, references, standards of our civilizations are either being changed, or dethroned by new ones. Some of them better or worse? That’s for you to decide and act accordingly. So we just hope the fans will love the new material, both musically and lyrically and we make them think a little bit!

The dark album artwork can be interpreted in different ways ranging from a horror film to even a cover of a video game, how did this come together?

Well it has something to do obviously with the album title and overall concept…we wanted something very powerful but enigmatic at the same time to make people think a bit…this album artwork was really a tough one…it took many months and we actually worked with various directions but it was never right…once again, Felipe Machado, who has worked with us from the beginning, understood what we were lookin’ for and he pull it off beautifully.

Many compare Ronnie’s voice with Dio, what do you think his secret is?

That’s ok, Ronnie is a huge Ronnie Dio fan, always have been, but he never tries to replicate or imitate him…it just happens that both have similar timbres and it’s great. Considering Ronnie Dio is no longer with us, at least is cool having someone to carry on the flame, that’s why we love to play some Dio songs at rehearsals or at our live shows encores, with all our love and respect for Ronnie James Dio. Been said that, there’s no secret, he is naturally gifted and he never stops to amaze me at rehearsal, recordings or on the stage, I love his voice what I feel when we play together. He is really that good.

Do you have any touring plans you can hint at or reveal to us?

We are working on that at the moment…we have a couple of summer festivals, one opening for Ozzy Osbourne in Prague and the other one opening for Judas Priest here in Spain, but I hope we can reveal tour dates for this fall soon.

Are there any other projects you are working on?

Yeah, I’m working on some other stuff, including writing songs with or for other artists of Frontiers Records, but in a very different vein than Lords Of Black, which is the right thing for me, it would have no sense if it was similar…so this other stuff is definitely more melodic and American hard rock oriented, trying to show different skills of my song writing and playing and it’s gonna be awesome.

What do you think the secret is to balancing the creative and business aspects of this industry?

Well, the book of rules-if there was ever one for this strange industry-went out of the window years ago when music became completely digital and its distribution turned into craziness…sure, us the musicians are not only involved now in the creative music process but in everything else around…for good or for worse.

Are there any bands from Spain that you recommend we should listen to?

I don’t really know very much, since is a very particular scene with most of the bands still singing in Spanish, not really my thing…but way back in the beginning to mid 80’s there was a great band by the name of Baron Rojo. I don’t think there will ever be such a special band with great musicianship and incredible touching lyrics like them…but then you’d have to understand Spanish to begin with and more so, you’d have to understand a very particular moment in history of my country, politically and socially, to really understand why that band connected in a huge way with all of us who were kids or teenagers at that time.

Anything else you want to say to your fans?

Hope you enjoy our new album and we’d love to see ya on tour soon!