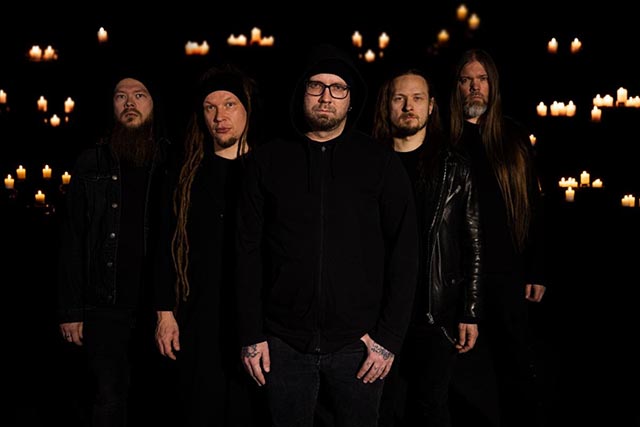 Finnish death/doom metal outfit Kuolemanlaakso,  led by Swallow the Sun vocalist Mikko Kotamäki, have reached the one-month-anniversary of their new album, Kuusumu (order here) via Svart Records)! We caught up with guitarist Markus Laakso to discuss the record.

We recorded the album at three different places. We had budgeted the amount of studio days based on the recording sessions of our previous albums. As these songs were far more layered and technically more difficult than the previous ones, it took a week longer than we had planned. To be honest, the recording process was quite stressful. The drums went by fast and without any hassle. We were supposed to record all the rhythm guitars at our first location, Studio 33, Kuopio, too, but it just didn’t happen that quickly. We also ran into some technical difficulties, which meant that we had to reamp all the guitars that we had done at the second location. Once we were there, we realized that the only power supply of our producer’s di-box had been broken, and it was very difficult to get another one, as we were in the middle of the woods. When we got the guitars done, the bass and vocals went smoothly. It was not the most fun we’ve had, but the end result is all that matters. The album came out great.

How would you compare the new album to 2014’s Tulijoutsen?

I had more time to focus on writing than before. This time I paid extra attention to the arrangements and smaller details before rehearsing the songs with the band. We’ve written and re-worked material in the studio in the past, but this time it was pretty much just getting stuff on hard disc.So, the pandemic actually helped us out a lot, if you want to look at it in a morbid way. A horrible period in modern history, but it opened up a necessary time window for us.

This year marks the 10th anniversary of your debut album, 2012’s Uljas uusi maailma. How has the overall journey been over the last decade?

It’s been a helluva ride, although very quiet one during the last few years, as we’ve been busy with other stuff. Uljas uusi maailma was originally planned as my one-man album, but I’m glad that I chose to recruit a gang of good friends and make Kuolemanlaakso an actual band. In retrospect, we’ve made great albums, but done far too little touring. I hope that we’ll play live more actively in the future.

Can you talk more about the song “Surun sinfonia?”

Surun sinfonia is one of the key tracks on the album, and probably my personal favorite. The working title of it was actually “Paras biisi,” which translates to “The Best Song.” It’s our little guitar symphony. I wanted to incorporate a shit ton of guitar harmonies to the point of almost reaching ridiculousness, and I think we achieved that. I love the way the song progresses from minimalistic to mournfully boombastic and from doomy as hell to hopeful. It’s a story about coping with the grief of losing a loved one. Aleksi Munter (ex- Swallow the Sun) made some killer keys for it. All in all, it’s a miniature of what Kuolemanlaakso is all about. It’s heavy, gloomy, beautiful and dark with a few twists, turns and surprises.

What was the experience like making the video for “Katkeruuden malja?”

To put it short: mostly boring but fun, as video shoots usually are, haha… I actually had a big hand in the video. The video is based on my ideas which I worked out in practice with the camera and editing guy Riku Jokinen.  I wanted to have autumn leaves freeze as timelapse images, as Kuusumu is a winter-themed album. I also wanted us to play in front of “a candle wall,” as it ties the color scheme of the video and the album cover together. Plus fire is an important element on both, as it is on the album and its cover. I also wanted to capture some beautiful nature shots, as the Finnish nature has been a grand source of inspiration for us since day one. The falling leaves were also my idea, and I gathered and picked out the leaves personally. That was just because it looks good on camera in slow motion. It was great to have Lotta Ruutiainen, the special guest singer, to be featured on the clip, too.

Do you have any touring plans for this year you can share with us?

We were supposed to do a proper European tour with Dark Fortress and The Spirit, but it was postponed because of covid regulations. Unfortunately we can’t make the forthcoming new dates, so we had to let it go. We’re doing some club and festival shows in Finland in the following months. The future remains to be seen.

The release of the vinyl version of the record got delayed till late July, so it was a huge surprise that we entered the Official Finnish Album Chart at #11 with just CD and digital sales. We would have probably been close to the top 3 if the vinyl had made it to the stores on time, which is crazy. I mean, we’re an underground death doom band that hasn’t released a band album in eight years… Thanks for the support! 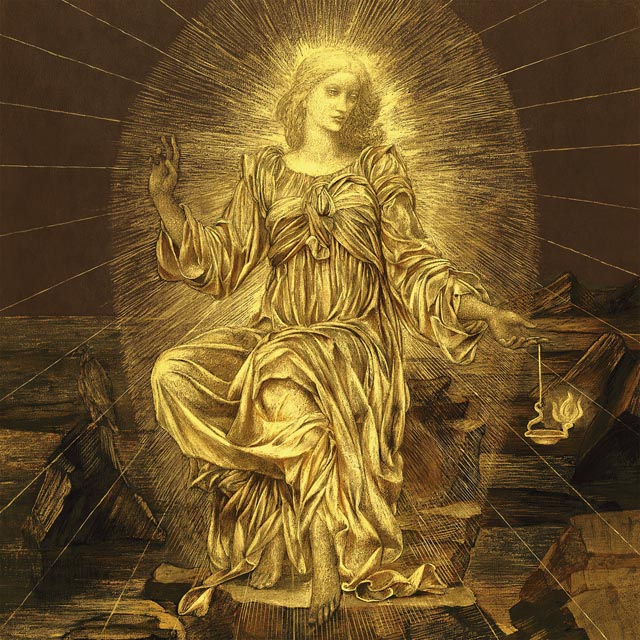