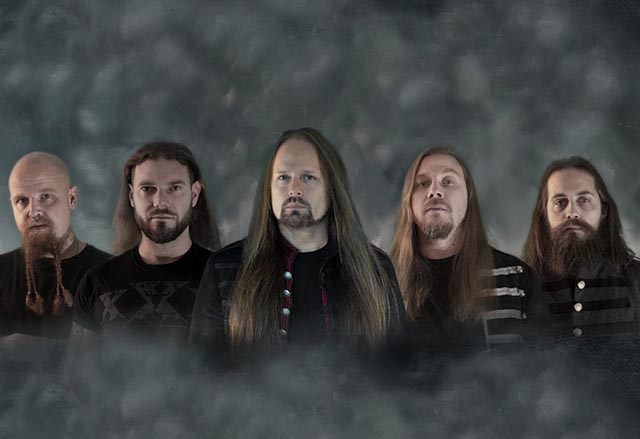 The process was of course a bit unusual because of the hell that was the Covid-era. Traveling was not an option at the time, so Kelly recorded his vocals in a studio in Belgium and we did our stuff here in Sweden. So it wasn’t the optimal setup maybe, because we were split up, but there’s always a way to work around problems and everything turned out great in the end. So, what can I say about the process in general? There’s not much to it. The parts are basically all written by the time we start recording. First Mullback lays the drum tracks down, then me and Daniel (Myhr) record the backing tracks (guitar,bass and keyboard). Kelly nails his stuff down. After that we added the spice. Now it’s time to get creative! Backing vocals, overdubs, solos, synthesizers, symphonic stuff, other eclectic instruments (theremin, congas, mandolin, wurlitzer,  to name a few that feature on this album), all those small details are added. We like to add stuff which enhances the theme of the song. For example if there is a celtic themed song, you know damn well there is going to be bagpipes in there. After everything is recorded Jonas Kjellgren mixed and mastered the thing and there you have it, the new Civil War-album. Enjoy!

How has the lineup change affected the writing process?

Well, Patrik Johansson quit the band a few years ago and that changed things a lot. He is such a prolific and good songwriter, so i think there were some doubts in our minds how things would turn out without him. But I don’t think there was ever any doubt we were going to continue or not. We like playing together too much to just quit outright. Then Kelly joined and everything just worked out perfectly in the end. I love the chemistry in the band right now and I really look forward to what’s coming in the future.  Kelly’s influence cannot be understated. The singer writes the melodies usually and he did that and more for this album.  Not only is he a great singer, but he can write songs as well! Then recently we got another new member in Thobbe Englund. What can I say, one of the sweetest guys and a great great  guitar-player. He plays guitar on the album, but did not write any of the music. Everything was written by the time he joined, but of course he will be more involved in future stuff.

How would you compare the new album to 2016’s The Last Full Measure?

Oh, I’m not really sure how to compare them. 2016 feels like a lifetime ago somehow. Firstly, Patrik wrote a lot of the songs on that album, so that is a big difference. It feels like an ending to a trilogy somehow. It wasn’t meant to be at the time, but that’s how I look at it now, in hindsight. The Last Full Measure was very guitar-based, and this new album is not that, I would say. Though of course there are a lot of guitars on this album as well. It has a lot more orchestration and atmospheric stuff added. The power-metal base is still there but we’re experimenting a bit more now. I think people will be surprised by the style of some of the songs. There are influences coming from all over the place at times.

Some were harder for sure, and some were extremely easy. I think Oblivion is the one we’ve been working on for the longest time, that main riff has been around for years before we finally used it in a song. Andersonville and Invaders were also works in progress  for a long time. Slaughterhouse 5 was quite easy to write i would say, also  Heart of Darkness went quite smooth. Sometimes the ideas just flow out of you and sometimes they don’t. Writer’s block can be a very real thing sometimes. Having great co-writers like Daniel and Kelly really helps when you’ve hit a bump in the road. It’s very much a collaborative effort, this album. Everyone in the band contributes in their own way to the creative process, but mainly it’s me, Daniel and Kelly that writes the bulk of the music. Thobbe joined the band late in the process, but still he added his ideas in the post-production phase as well.

Can you talk more about the songs “Heart of Darkness” and “Carry On?”

Funny you should ask about those two songs, because I would say they are each other’s  complete polar opposites, theme-wise. Heart of Darkness is, of course, inspired by the great Joseph Conrad novel and also the movie adaptation “Apocalypse Now”. It has a very dark and introverted tone and it deals with the darker sides of human nature. I love being inspired by great works of art like that and then trying to tell the story through music. That is why so much of our songs are named after books and moves and stuff like that. The story inspires the music and that’s how I like to write. Carry On, on the other hand, is maybe one of the more life-affirming and optimistic songs we’ve ever done. It’s a celebration of the human spirit, keeping your head high through tough times and carrying on fighting when things look dark. Some might say we’re living through dark times at the moment, so it felt right to have a few songs with a more positive message. Not just doom and gloom and singing about war and misery all the time, like we usually do haha!

We’ll see what the future holds. A lot of this year’s shows were cancelled because of the pandemic of course, but at least a couple of them will still happen, thank god! And beyond that, hopefully a tour will happen soon, maybe towards the end of the year. We are still looking into our options.

Just that it feels great to release it finally. We’re very happy about it. After how the last few years have been, it’s going to be so much fun playing live again. A lot of the new stuff will be included in the setlist also, which is  cool. Looking forward to seeing everyone at the summer festivals! Stay true! 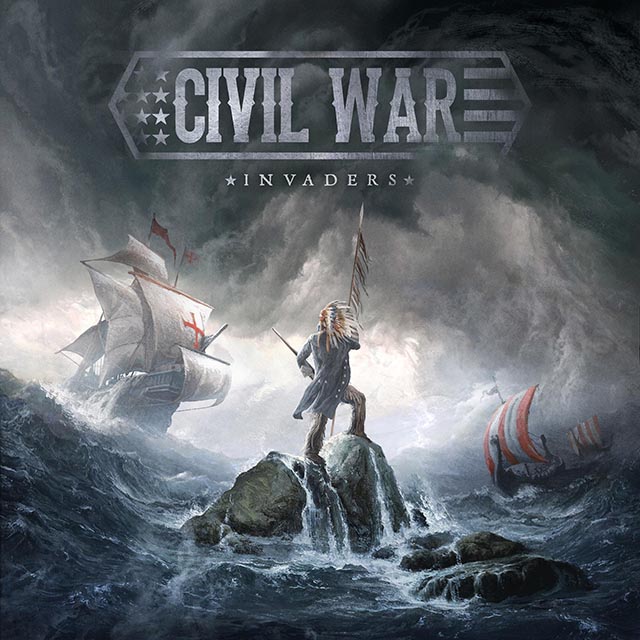