Apocalyptica first burst onto the scene in 1996 with their first album, Plays Metallica by Four Cellos. If there was ever a ’90s metal act that seemed destined for one hit wonder-dom, it’d be them. However, via a variety of collaborators, ambition and good songs, the Finnish band have not only persevered, but flourished. With a new album, Shadowmaker, out now, the band stopped by Rock on the Range and took some time out of their schedule to chat with us.

You guys have been a group since 1993. That alone is longer than most bands last these days. What’s the secret that keeps you doing this after all these years?

Love and respect towards music and each other. Ever since the beginning the most important thing is the personal relationship and that has to come before almost everything. Therefore, throughout all of the personal and common difficulties we have found a way to kind of manage and stay in a perfect balance mentally.

The last time I saw you live, you were labelled as a Metallica cover band, how did that come to be, and when was the decision to move away from that label?

Metallica was the main influence. It was our favorite band when we were teenagers. The entire idea was something that nobody expected almost like an accident. We were drinking beer in a dark room and playing heavy metal. It was just an idea like hey maybe this will work.

Your newest and eighth studio album, Shadowmaker, launched April 17th. How has reception been so far?

I think it’s great. There are of course, changes with having a new singer. There is lots of talk about this and if it is going to change us musically, I think the more the people get to hear the album the more excited they get. I feel musically it is the most developed and most Apocalyptica album.

It is the first album to have only one singer, Franky. What does this mean to Apocalyptica? To have no guests, and a full time lead?

We had done guest vocalist for so long and it was great journey and we have learned a lot, but we felt the urge to develop. With the last couple of records we found it difficult to create music with different voices sometimes. With this one we wanted to concentrate on having the band.

What was the original thought for going away from guests to a full time lead?

When we made a song we wanted it to sound like Apocalyptica, but we needed to find a human voice to it. Then we found Franky, that perfectly fit into the picture. Now we feel we are much more of a band.

Franky: First of all, the cellos are a big thing. I have to basically avoid three expensive big instruments on stage every time I get out there. Which is funny! These guys are like… Lesson number one: Watch out for the fucking cellos. Other than that I feel like I’ve been in this band for a long time. We just gel, on a personal level we just hit it off and the music just followed.

To do what you guys do with cellos in this genre, when a lot of groups can’t do it traditionally, does that put more pressure on you as a group?

It takes all the pressure away actually. I have the whole world in front of me and I feel I can do whatever, and nobody can say I’m doing right or wrong. In a professional way this is a strange combination for sure but we have the ability to try and develop the actual instrument by adding effects and learning strange techniques to try different things.

Have you ever thought about trading in the cellos for something mainstream like guitars?

Franky: They can’t play guitars!(laughs) They can kill a cello, but I don’t think a guitar.

You come out after the show and the tour bus is gone, there’s an iPod on the ground with one album on it you can listen to while you walk to the next city. What do you pick?

Franky: Am I running, am I walking? That’s a fucking vague question! (Group laughter)

I’d pick something by the Bee Gees and strut the whole way.

I would have to pick contemporary music, like Threnody to the Victims of Hiroshima, I feel that listening to it for days would be a human experiment!

Anything to shamelessly plug?

Shadowmaker! Our album! Our song it’s playing on the radio. Request it! It’s called “Cold Blood!” 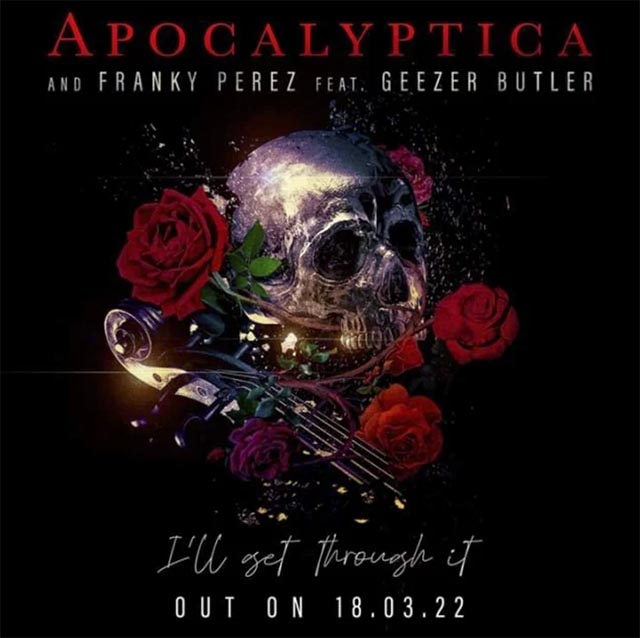