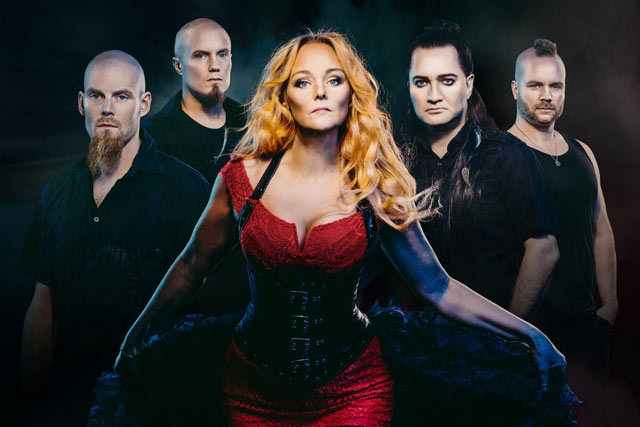 Finnish fantasy metallers Amberian Dawn have released their overall ninth full-length record, Looking For You on January 31st via Napalm Records (order here). This album is referred to as “Abba-metal,” which also includes the Abba cover, “Lay All Your Love On Me.” Additionally, it features guest vocals from the one and only Fabio Lione (Angra/Rhapsody of Fire) on the song “Symphony No.1 Part 3,” and the fifth LP with vocalist Capri who replaced Heidi Parviainen (Dark Sarah) in 2012. We caught up with mastermind/keyboardist Tuomas Seppälä discussing their new album, and more.

How would you compare Looking For You to your prior efforts?

This is a very keyboard & vocal heavy album. A lot of work is done with those two main elements. That still doesn’t mean that drums, bass and guitar wouldn’t be important too. It means the vocal & keyboards have been the focus on the composing process. This all can be heard on the songs. There’s a different kind of feeling now. Also we have changed our mixing engineer, this album is mixed & mastered by our own guitarist, Emil Pohjalainen. This also has led us to a new approach on how the tone of music is accomplished. I took a lot of time with Emil with the very first song we started to mix (Looking For You). If I remember, there were about 30 different mixing versions before we had the right one in our hands. Usually bands don’t use this much time on mixing. The normal way is: one song mixed per one work day and then the whole album will be mastered in one day.

Musically there aren’t any special themes, I think. The style has changed during all these years of course, but I feel that album is quite solid and whole. There’s only one song in the middle of the album which is written in more traditional AD’s symphonic style, but the majority of the album is this so called “Abba-metal.” I don’t know about the lyrics though since our vocalist writes those.

How was it working with Fabio Lione for “Symphony No.1 Part 3 – Awakening?”

It was fun and easy. He is a very good singer and has good technique so in the studio we were able to concentrate on testing different kinds of styles of singing, instead of concentrating on just getting technically good takes in. We spent one whole working day in the studio with him.

There’s a lot happening in “Symphony No.1 Part 3 – Awakening,” it’s heavy, fast, aggressive, powerful, and engaging. Can you talk more about this track?

For me it feels like a musical song. Also the structure of the song is not so traditional. When I was progressing with the composing, I realized at some point that this song would be suitable for two singers. Then I finished the music with this idea in my mind. The first person I considered for the male part was Fabio Lione. In fact, he was the one and only option for me. The male part of this song is very demanding and requires a good voice and technique. I was very lucky that I got Fabio singing on this song.

Are there any particular songs on the album that were more challenging?

Not really. After I got into the right mood and found the current style, the whole album was composed, and also produced quite easily. We have a good team working together and we’ve already done several albums together.

What was the process of creating the video for the title track?

We used a production company and they were the main driving force behind the video. Band was just playing their parts on stage and then the producer with his team took care of the rest. The plot of the video was of course approved by the band before we started making the video.

Do you have any upcoming touring plans you can reveal to us?

Not at the moment. We’re planning to tour later in 2020 but nothing is settled yet. 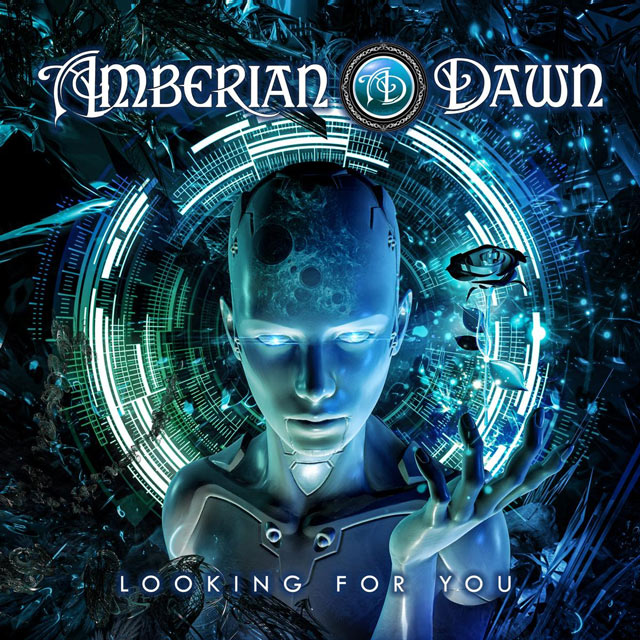