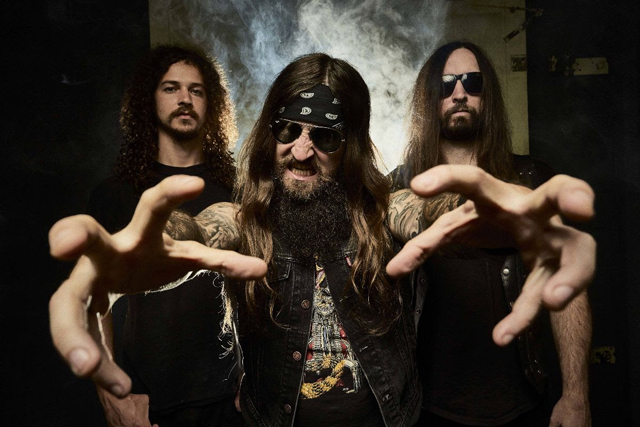 Virginia death metallers Cannabis Corpse released their latest record, Nug So Vile via Season of Mist Records on November 1, 2019.  We caught up with Phil “Landphil” Hall, vocalist/bassist to talk more about their new album.

Nug So Vile is your 6th full length record in 13 years.  When you first recorded your debut Blunted at Birth, did you ever imagine that Cannabis Corpse would have such longevity and be so prolific?

Cannabis Corpse started as a way to make death metal music with my twin brother Josh. We thought the name was different from the average death metal band name out there and would stand out. In a way we were right! Every album we make is taken very seriously musically. We try very hard to make songs that are brutal and catchy. I would say that the longevity comes from our drive to make better and better albums. We are never satisfied and learn things with every single record we put out. We try to apply that knowledge with every album moving forward. Writing and recording is addictive!

You have a new guitarist on this record, Adam Guilliams.  How did you hook up with him and how was the chemistry in the studio?

My brother Josh met Adam in Richmond, VA while he was looking around for band members to form a new band. That band became CRUELSIFIX and they had been playing shows around RVA for a while before I noticed what a tight guitar player he was. The guy has major chops and a good attitude. Bringing him into Cannabis Corpse was a no brainer and he fit in easily. He is also playing in IRON REAGAN with me now as well. He is one of those rare guitar players that you can totally count on to get the work done.

Jarrett did a great job with the mixing of the album. He has a lot of experience with death metal and understands the genre. He had a tape machine at his house that we ran all the tracks through to give it an even more old school organic sound. I appreciate all the extra effort he put into this album. I think it turned out how I wanted it too, much more “old” sounding and not over produced and shiny.

The “Cylinders of Madness” video almost seems like it’s an extreme public service announcement about the “dangers of marijuana.”  Can we expect a sequel to that video?

Yes! Josh has been working hard to master the animation software TOON BOOM. Having the ability to make our own cartoon content is going to bring a lot of crazy stuff in the future. We have another video in the works already. Hopefully these cartoon clips will become our “thing” you will get a true glimpse into our crazy imagination.

This new record, like, really all of your records has some pretty serious music on it.  And from the comments on social media, it seems like you’ve been attracting a great deal of metal fans – not necessarily weed enthusiasts.  Did you expect this crossover – and are you seeing more fans at shows who are there mainly just for the music?

We put a lot of love and care into our music. I love trying to test the limits of our musical ability and write the best songs we can. I hope that the listeners can tell that we never phone it in. I think that even though our lyrical content can be humorous the death metal fans listening can tell there is a lot of time and effort put into it. I am happy that people are starting to notice our music and identify that it is much more than merely a weed joke.

Every now and then I’ll hit a pen but it always hurts my throat. I don’t think those things are good in the long run.

If you had the opportunity to smoke up with any of the current Presidential candidates, which one would you choose?

Nug So Vile by Cannabis Corpse is out now! You can order it here. 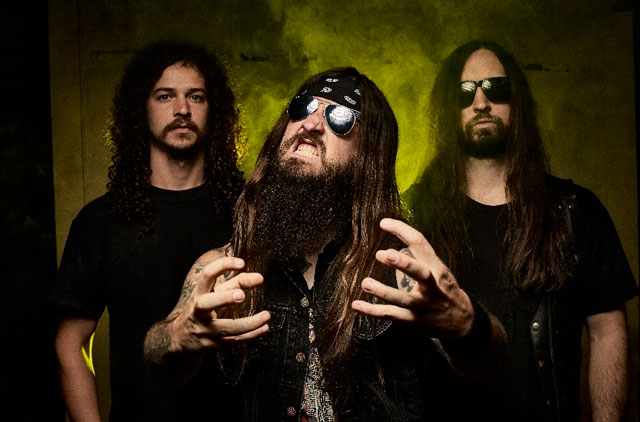