Can you discuss the process of Extreme Power Metal?

Apart from the usual making and recording the album, the process is, I guess what’s different about it than anything else with making an album is we had a Livestream of the recording sessions on the internet. So, people saw how we recorded the album and took part in the conversation helping shape the album in some way.

Did any fans inspire you to change certain parts?

We were streaming on my Twitch channel, twitch.tv/HermanLi, and we started last year around October. We streamed the drums, not many changes there. When we worked on the guitar recording, we asked people which part they prefer, which guitar solos, and ideas. So not only did they see us recording, but they also see how we work and create the songs and live directly. It was a fun thing and, even naming the songs, we had a session on that. All the way to filming a music video, we streamed that for like seven hours on the internet. You can watch us shoot the music video for “Highway to Oblivion.”

You did level up with the new album. Also, your homage to classic gaming consoles. I a classic arcade game setup onstage and the “Hard Demolition” video. Can you discuss what brought both together?

I think we’ve gone back to a little bit like the way the band first started. We pretty much do whatever we want, whatever we like, how we want to express it with absolutely no worries. Just do what we like and amplify it. Everything we’re doing is because we like it, not because we’re trying to be trendy or cool. We don’t care what people say and just do whatever you want. So, it’s just kind of our style. We love the old video game stuff; we put it in there. We love the metal stuff that we do, we throw it into Dragonforce and mix it all up and carry on by evolving our sound.

We actually build those arcade games. … Actually, Sam [Totman] built those arcade cabinets. He put it all together. I talked to him about, hey, maybe on this next tour we should have a weird stage set. We play inside the video game arcade, like a retro arcade, and then we end up with these arcade machines, which are absolutely huge that we can jump on top and play guitar on it, and these like pyrotechnics and stuff going off at the same time. It was a lot of fun.

From shredding under water to on top of an arcade game, where else would you like to perform?

I know I’m just out of my mind. I don’t know. This is what I find fun to do. I’ve spent enough hours sitting at home practicing scale and doing that kind of stuff on the guitar. Now when I go out and play, we do something different — not trying to play as fast as possible guitar solos only. You know, we want to have fun doing it.

Was there a gaming console that you didn’t experience?

I didn’t experience PlayStation 1, at all. What year did that kind come in, ’95? Let me look at it. Yeah, PlayStation 1. I think I was too busy learning to play the guitar, or something like that.

If you could make any video game out of Dragonforce music, which one would it be?

I think we need to make some good old classic stuff like Streets of Rage 2, Final Fight, along with some shoot them up in the middle, an arcade shooter. I think a Dragonforce game will have a mix of Shinobi, Streets of Rage, and Final Fight, and platforming game, one is The Boy in Monster Land, or those old games in 2D. A Dragonforce game would have to be in 2D, I would say. We do some multiplayers, beat them up, and then it goes into another level, shoot them ups. Instead of just one, capture the best of all. Maybe a bit of outrun driving.

You’re talking about 2D games but what’s your thoughts on VR and would you see Dragonforce in the VR world?

Well, the Audica game that we’re in, I actually contacted them because I thought it was so cool when I saw just before the game came out. Audica and the whole shooting thing, it was really in sync with what we’re doing for this new album. We’re doing the whole Tron thing, the superhero, you know, kind of like the old school action hero thing on the cover. So, that’s why we put that game in VR. But I’m sure one day we’re going to do some show, even watching VR on the live stream or something like that, it would be fun. So, we’re working on a lot of new technology stuff for the band. We’ll see how that goes.

I look forward to it. I think you guys are one of the best to experience that. How come there weren’t any East Coast dates on the tour?

We start with some small shows just to get started on the west coast. They’re smaller cities, not the main ones, but we want to reach those people first because they haven’t seen Dragonforce for a long time. We’ll get to the East coast; we’re going to cover the whole of the U.S. and pretty much the whole world when we get the chance to.

But, I know people are always shouting, “Why is there no east coast states?” If you look at the whole tour dates, you see, well, we need a break, and we’ve got other countries to cover. But we’ll work our way through and of course, you know, people have seen our social media. We have the dragon from the new album cover, and we’ve got those massive arcade machines. So, we’re bringing in the biggest Dragonforce production on the tour that we’ve ever had.

Every time you’re out here, you guys are always up to something.

Yeah, we’re always up to something. You know, in the old days we brought the trampoline. Trampolines are cool but we’re doing crazier stuff now.

What plans do you guys have later this year and winter of next year?

Apart from the tour and doing more tours, and more tours, and more tours, we have some other projects we’re working on, which is related to this album. We have more videos to shoot, and we have a bunch of videos in production at the moment. I don’t know if you’ve seen the first two videos? The next videos are equally crazy. We have more music videos coming out that we’re working on because we want to put the image of the music as well and do our own artistic expression visually as well to go with the whole album, the concept of the artwork, the world that we’re in.

I enjoyed the “Heart Demolition” video. I saw the video game references to the Terminator poster and Back to the Future posters on the wall. It’s a lot of fun.

Oh, cool. I’m glad you like it. It’s kind of crazy, people really like the video even though they weren’t born in that era. There’s something about it. It has a cool vibe that people are into now. 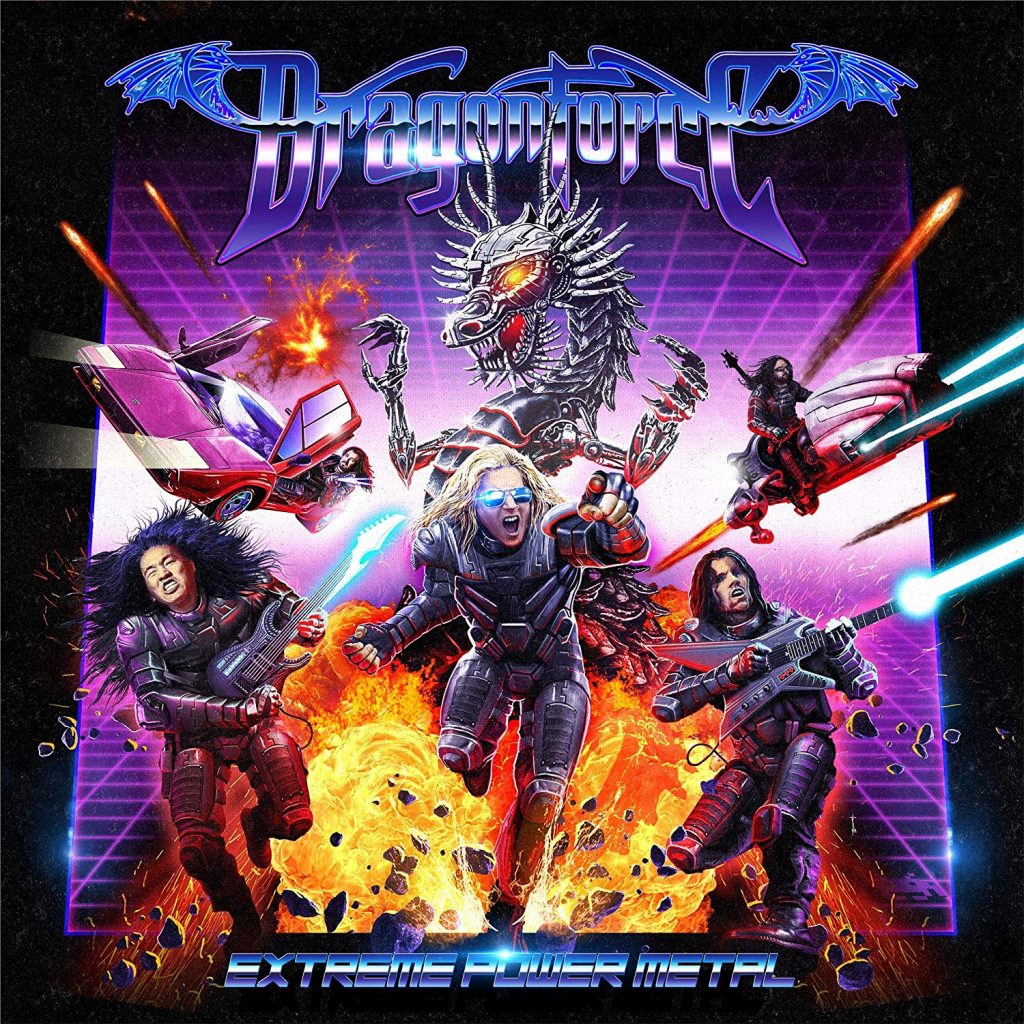 Because that era was cool.

Exactly, it’s cool. I wasn’t a teenager during the 80’s, but I’m still into it. I think the whole graphics, everything about it is cool. It’s good.

I think there’s a lot of surprises on the new album, in a good way. This is a fun Dragon Force album, just like the earlier albums. We brought back the fun. The last two were more serious, so it was a different kind of vibe, and I think something uplifting and positive and fun is good for the current world. We need it. I hope they’re going to enjoy it. Keep in touch and keep checking out.

It’s a fun album and I hear the freedom in there. And you’re right, it’s something we need right now.

Yeah. It’s a crazy world out there. Let’s forget about it and listen to some Dragonforce.