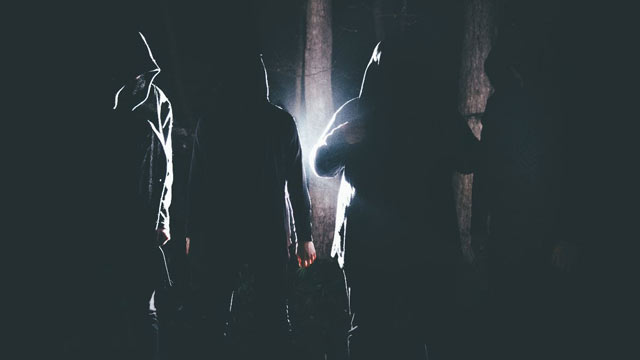 Deathwhite is an anonymous dark metal collective based in the eastern United States (with two members residing in Pennsylvania) that is demanding notice with the impending release of their second record Grave Image on Season of Mist records. If you’re a fan of bands like Wood of Ypres and have been yearning for something new in that vein (as I certainly have), this is definitely for you.

We caught up with Deathwhite and posed some questions about the new record.

*All responses answered collectively by the band*

As I listen to songs like “In Eclipse” and “Among Us,” it seems you went in a heavier direction for this new record? Is this one of the reasons you added a second guitarist?

It was one of the reasons, but not the main reason. We wanted to incorporate more solos and expand on what we do with melodies and harmonies, so adding another guitar player — a gentleman who already had a history with Deathwhite — was the logical thing to do. Furthermore, he was the one who helmed the album’s demo recordings and was invaluable in shaping the album’s ten compositions during this time. We created some pretty thorough demos (as a band of our nature should be wont to do) and along the way, this is when we started adding the aforementioned guitar parts, as well as keyboard parts.

Becoming heavier on Grave Image and the songs you referenced was simply a natural function of the songwriting process. We, obviously, did not want to repeat ourselves but wanted to carry on what was started with For a Black Tomorrow. All four of us come from an extreme metal background, coincidentally, so it’s where we naturally drift, even though Deathwhite is the furthest thing from an extreme metal band. Our drummer is the most technically advanced of the four and we are often privy to “turning him loose,” which we did on “In Eclipse,” “Among Us,” as well as the middle part of “Further from Salvation.”

You all released a breathtakingly beautiful video for “Funeral Ground.” It’s easily my favorite video from 2020 so far. Can you tell us a bit about the concept and the production of it?
Due credit goes to Shane Mayer, who shot and edited the video. Shane is also our producer, so, in many respects, he is the consummate jack-of-all-trades. He did a tremendous job with the video and we are quite lucky to be in company with such a talented (and nice) individual. The concept for “Funeral Ground” is a matter of the resilient human spirit, who, when faced with the largest of obstacles, finds a way to overcome. It is akin to when your back is against the proverbial wall and all hope is lost, for lack of a better term, and you eventually emerge. That is the fundamental idea behind the song and video, although with the video, we did throw in a few clues that correlate to the Grave Image cover art. We also got lucky on the day of the shoot: A brisk autumn day deep in the Pennsylvania wilderness. We shot the band performances at night, which made it all the more idyllic, to say the least.

When I first heard “Funeral Ground,” Canada’s famed Woods of Ypres and frontman David Gold immediately came to mind. Were you big listeners of Woods? What bands did you all listen to as you were coming into your craft as musicians?
Absolutely. One of us came across Pursuit of the Sun & Allure of the Earth upon its release in the middle part of the 2000s and became enthralled with Mr. Gold’s compositional ability. While Woods isn’t necessarily a huge influence on Deathwhite, we are admirers of his work and can only ponder what he would have accomplished had he not left this world so soon.

As mentioned, all four of us come from heavier backgrounds, but as we’ve aged and matured, we have developed a broader spectrum of taste that extends beyond the extreme metal scene. Perhaps the turning point for at least a few of us was when Katatonia came into our orbit. Both the Discouraged Ones and Viva Emptiness albums are exalted so much to the point where we’ve had informal discussions about creating an album in the vein of Discouraged Ones. We finally took the bait on “Plague of Virtue,” which is our mini-ode to that era of the Swedes. Nevertheless, there is a broad range of influences within Deathwhite and we are often looking to non-metal outlets in order for us to expand as musicians.

“Plague of Virtue” has a lot of orchestration and arranging compared to some of your earlier offerings. Do you see Deathwhite continuing to evolve into a collective of more textured and layered sounds?
That is certainly the aim as we start to put down ideas for new material. Our songs have always started out on the guitar and we typically amass a bevy of riffs before we start to think about proper compositions. That is certainly a quick way to build a foundation for a song, but, there are other ways of going about it, including using layers like keys and synths. It’s likely something we will do more of in the future. There is a fine line, though — we don’t want such elements to overtake the guitars or the vocals. They will likely be an accompaniment, but time will tell. We have an established way of writing songs, most of which are in the “song-oriented” manner of verse, pre-chorus, chorus. That is a formula we are comfortable with considering we have a clean vocalist, but we may explore more progressive avenues in the near future.

“Return to Silence” closes the record with an epic track that takes the listener through a wealth of emotions. Can you tell us about that track and how you crafted it?
Next to “Among Us,” “Return to Silence” went through the most revisions prior to the recording of Grave Image. The song was originally intended to be the album’s opening song, but after we demoed “Funeral Ground,” it was moved to the last song in the running order upon the suggestion of our singer, who is usually the most adept at determining such things. We wanted to play off the quiet-loud dynamics and create something minimal while heavy at the same time. On the surface, the song is relatively simple, but playing it and creating it was a challenge, particularly when it came to crafting the chorus. We can usually nail down a chorus within the first one or two attempts during the demo process, but it took a bit longer this time. The same applies to the song’s middle section — we tried out multiple vocal patterns before we landed on the final product. In the end, though, we were quite pleased with “Return to Silence,” it is a fitting way to end Grave Image — a song about the unwavering need for peace and tranquility in a world where it appears to be unattainable.

You started out in 2012 as purely a studio project, but a little over a year ago you all played your first live show in Pittsburgh, PA. Can we expect more live shows with the release of “Grave Image” or maybe even a tour?

We are currently in discussions to play additional live dates. We are now spread out across the eastern part of the States — two members live in Virginia and Florida, while the other two remain in Pittsburgh. One of our members’ tours on a regular basis with a variety of bands, so we are mindful of these things when planning live dates. But, yes, we will be performing shows in support of Grave Image. They just need to be the right kind of show — we are selective only because we want to portray Deathwhite in the right manner, like we were able to do in September 2018 when we played our first show. Those are the type of situations we are looking to duplicate. We are justifiably selective when it comes to playing shows, but do look forward to the opportunity of presenting Deathwhite in the live format in the future.

Grave Image releases on January 31, 2020 and can be pre-ordered here via Season of Mist. 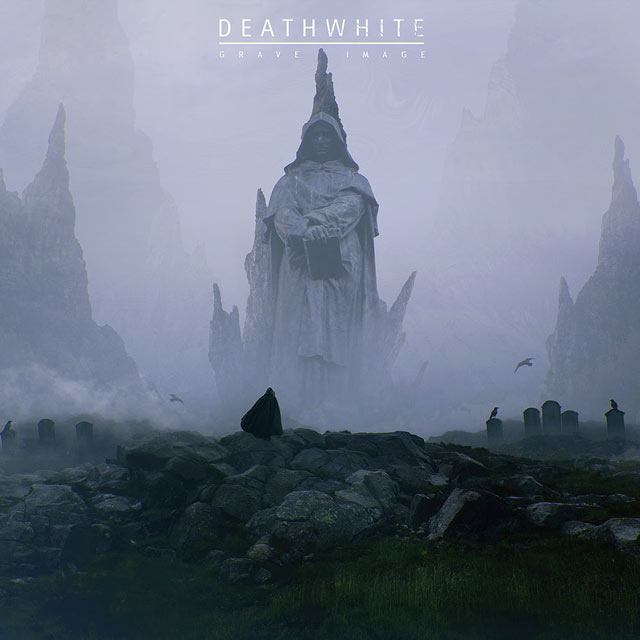 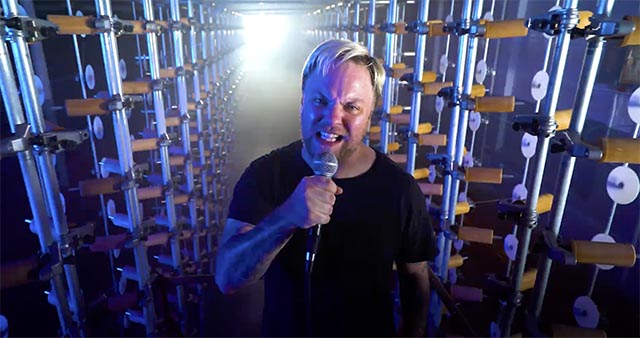