If you’re a relatively successful musician with hedonistic tendencies, you can go the Van Halen route and have a roadie scout out girls to give backstage passes to for after the show. However, not everyone has a dedicated roadie or the fan base to do that, and technology has come a long way since then. Enter Tinder, the app/online dating service that’s available to anyone with genitals and a smartphone. A new Tumblr, Band Dudes on Tinder, purports to unmask musicians, photographers and roadies who are looking to hook up via the site. With the summer touring season in full swing, there are plenty of Warped and Mayhem guys that want to get laid, and the site is asking those matched with said dudes to send a screen shot, which they purportedly confirm to be real.

There are a ton of ‘scene’ bands on the site so far, like members of Cute is What We Aim For, Escape the Fate and Stars in Stereo. But members of Darkest Hour (mysteriously listed as “My Darkest Hour” in the profile), Heaven’s Basement, Every Time I Die and a former member of Eyes Set to Kill are also on the site. Listen, there’s nothing wrong in and of itself being on the site. Everyone is consenting adults, and there’s nothing wrong with hooking up on the road or at home. However, we wouldn’t be too surprised if there’s plenty of musicians with girlfriends and/or wives scrambling to deactivate their accounts right now. If you’re a lady that wants to get in on the action, head on over to the page now.

[Metal Injection by way of Noisey]

Tags: Band Dudes on Tinder, Cute is What We Aim For, Darkest Hour, Escape The Fate, Every Time I Die, Eyes Set to Kill, Heaven's Basement, Stars In Stereo, Tinder

Categorised in: Because Internet, Internet Famous 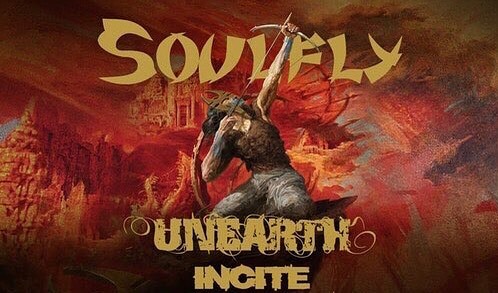