Before Deafheaven was combining metal and shoegaze, there was Hum. The Champaign, IL band had a radio and MTV semi-hit with “Stars” from their 1995 album You’d Prefer an Astronaut. Really, they were more shoegaze than heavy, but they had a really think and heavy guitar sound that made them hits with both metal fans and the 120 Minutes set before breaking up in 2000. The band have gotten back together several times for shows, most recently for five shows with sonic brothers Failure and Mineral.

However, the band are actually working on a new album, which would be their first one in 18 years. Sure, initially, that would cause us to shrug, but seeing that Refused, Faith No More and At the Gates put out great albums after lengthy hiatuses, we’re listening. Also, the album’s going to sound like Intronaut! OK, maybe it won’t but the band’s Tim Lash made a post announcing new music stating that the Dunable Guitar Yeti guitar he picked up is the “best guitar he’s ever owned.” That guitar, of course, is courtesy of Intronaut’s Sacha Dunable, whose guitar company designed it.

Hi everyone. Tim here, and I just wanted to extend all of our thanks once again for coming out for our last tours and… 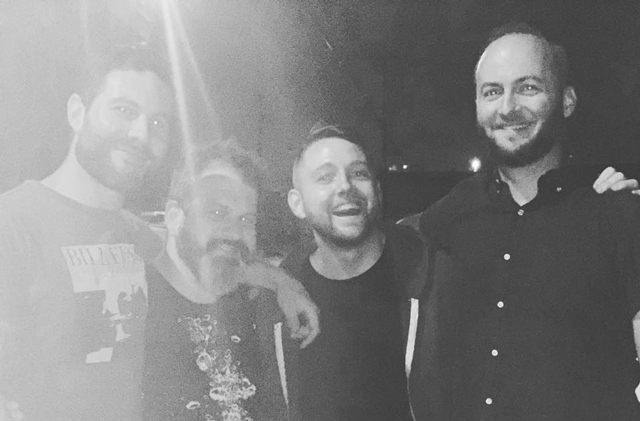