Although details are still rather scarce at this time, drummer J. Clyde Paradis has passed. It’s been confirmed by Encyclopaedium Metallum, as well as by some that knew him on Facebook. Reports are that he died in his sleep, but the actual cause of death has yet to be confirmed. Paradis had played in Sourvein as “Cool Clyde” in 2008, and also spend two years in The Gates of Slumber. He was also the last known drummer of Graveyard Rodeo among many other projects.

With Paradis’ passing, this would make the second death from a TGoS member as bassist Jason McCash died two years ago, months after the band decided to call it quits. Our deepest condolences to those close to him.

[UPDATE] A YouCaring campaign has been set up for his burial and cremation. Here’s what the page says:

Jerry Clyde Paradis suddenly and peacefully left this world on Aug 13, 2016. He did not have life insurance, as most people do not. His mom and dad aren’t alive anymore, nor does he have siblings or children of his own to carry on his legacy. He was an extremely talented drummer, a great friend, a loving partner, and an all around amazing person. Anyone that ever was fortunate enough to meet him knows you cannot sum up his dazzling awesomeness in one short paragraph. He will be missed sorely, but we want to be able to send him off with class and style because that’s the Jerry Cool Clyde kind of way. We hope to raise enough money to pay for his cremation, a headstone, and a plot for him so we can honor and cherish his memory forever. But if there is any money left over, it will be used to help rescue homeless animals and also be given to the Southeast German Shepherd Rescue Fund; one of his favorite charities. Please help if you can….and if you can’t, that’s OK too. Peace brahs. See you on the other side.

It’s a testament to his Paradis as a person that over $2,500 has already been raised for his services, and with the remaining money raised going to a worthy charity, there’s no reason to not donate if his music or Paradis himself moved you over the years. 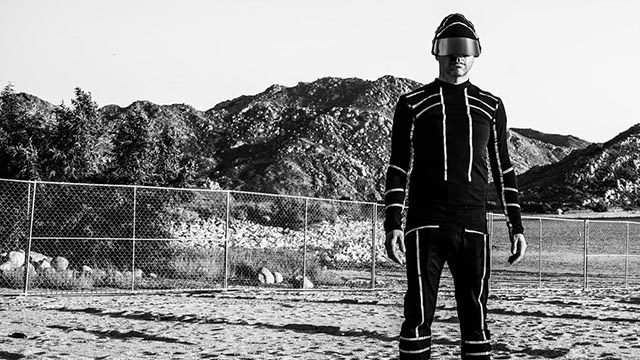