Eyellusion Live, the company that made the Dio hologram that debuted this past weekend at the Wacken Open Air Festival, have released official footage of the hologram in action. We’ve already discussed our overall thoughts on the hologram and the possibility of there being future holograms, and guess what? Our opinion isn’t going to change anything, because it’s already happening. The footage is… interesting. The hologram itself, well, it looks pretty good. They even had him hold up a banner that says “Wacken 2016” on it, which is both a nice touch and a little odd.

Also interesting is the way the official video is shot. The rest of Dio Disciples, probably because of the technical specifications of the hologram, play in almost entire darkness. You can see Craig Goldy’s guitar, but that’s about it. You can barely see drummer Simon Wright. Essentially, if you’re playing with a hologram, you’re pretty much regulating yourself to background status regardless of your qualifications. Thumbs up, however, to Eyellusion, for making the hologram look as lifelike as it was. It looks amazing. Their footage, however, doesn’t really give a good idea of what it was like to actually be at the show, and it’d be interesting to hear what unsuspecting fans thought as the first ever hologram of a deceased singer accompanied a band playing tribute to him. Will you go see holo-Dio if the tour makes its way to your city next year? Let us know in the comments section below. 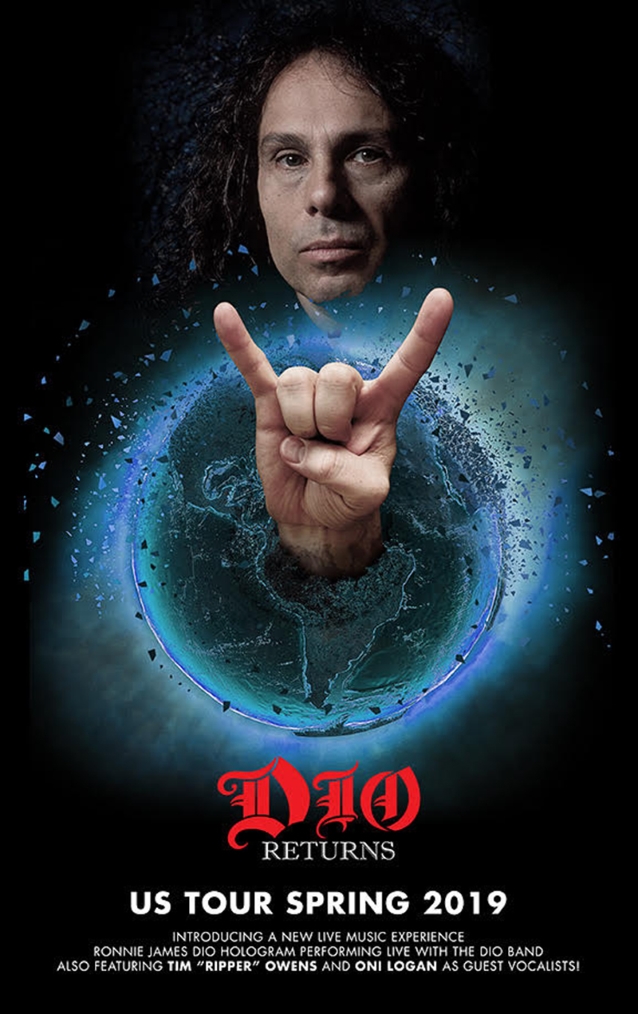