Rich Lee is a “grinder,” or someone that’s into surgical implants and body modification. He’s also come up with an idea that might change the way we listen to stuff. Lee has had a magnet implanted in his tragus that works like an earbud. Invisible to the human eye, the magnet is powered by a coil that Lee wears around his neck. The coil creates a magnetic field that makes the implant vibrate and make sound.

As cool as the idea sounds, Lee has even bigger plans for his invention. He’s going blind, so he has longer term plans to hook the coil up to an ultrasonic rangefinder and learn to echolocate. He’s got other plans as well:

Listening to music is nice and probably the most obvious answer, but I intend to do some very creative things with it. The implant itself is completely undetectable to the naked eye. The device & coil necklace are are easily concealed under my shirt so nobody can really see it. I can see myself using it with the gps on my smartphone to navigate city streets on foot. I plan to hook it up to a directional mic of some sort (possibly disguised as a shirt button or something) so I can hear conversations across a room. Having a mic hooked up to it and routed through my phone would be handy. You could use a simple voice stress analysis app to detect when people might be lying to you. Not to say that is a hard science, but I’m sure it could come in handy at the poker table or to pre-screen business clients. I have a contact mic that allows you to hear through walls. That might be my next implant actually.

There are enough people in the metal community that are already into body modification. It seems like it’s just a matter of time until more people hop on board with Lee’s plan. If you know a good body mod person, you can probably start work on it now, as Lee has provided a how-to on how to do it. 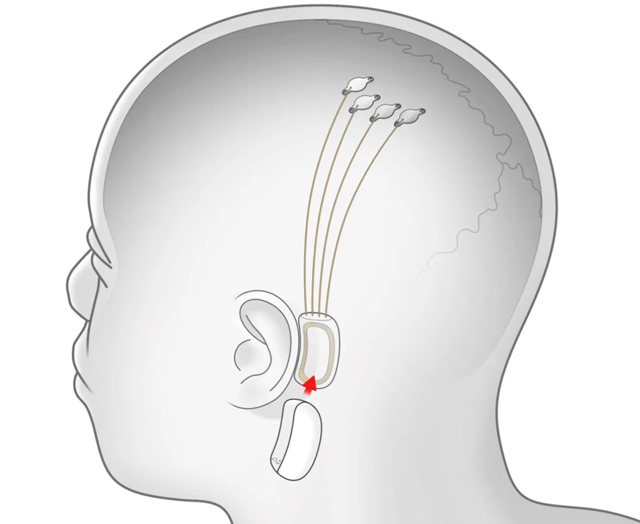