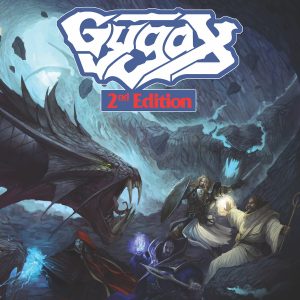 New & Noteworthy is a weekly column in which we highlight some of the newest rock and metal releases coming out each week. This week brings a new album from Stone Temple Pilots and Rivers of Nihil, as well as one of my most anticipated releases of the year! If you would like to check out the last New & Noteworthy, you can do so here, if you want to see last week’s sales numbers, check those out in Metal by Numbers. Also be sure to follow us on Spotify for weekly new music playlists, curated by me!

Get out your dice and roll up a character because 2nd Edition is here. The California rock n roll group Gygax is what you would get if Thin Lizzy wrote about their Dungeons & Dragons campaigns, and I was a huge fan of their 2016 debut Critical Hits. I’ve been listening to their first single “The Lascivious Underdark” since it was released. Earlier this week guitarist Bryant Throckmorton released a pretty cool video of himself playing through all of his guitar solos on the album. They currently only have a few west coast live show dates scheduled in May. 2nd Edition is also available on Bandcamp, and in various color vinyl formats.

“The song takes place in the dangerous wilds of the Underdark, from the perspective of a Mind Flayer. It calls to its female prey through the lustful thoughts within its predatory mind, luring her with promises of a better life. All the while, dominance and subjugation are its end objective.”– Eric Harris (Guitar / Vox), on The Lascivious Underdark 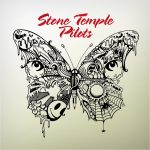 Stone Temple Pilots is the second Stone Temple Pilots album titled Stone Temple Pilots, but the seventh overall from the American rock band. I honestly don’t know I feel about that either. The album comes with a lot of speculation given that it is their first release to feature vocalist Jeff Gutt, taking place of  their iconic, former vocalist Scott Weiland. So start checking it out, in December they released a lyric video for the first single, “Meadow.” There really has been a surprising lack of hype for the album outside the focus on the new singer, that’s a little disappointing. The band will be kicking off their North American tour in Atlanta, GA on May 1st. Stone Temple Pilots will also be available on vinyl next week. 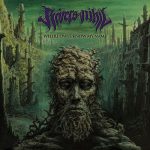 Rivers Of Nihil, Where Owls Know My Name (Metal Blade)

Where Owls Know My Name is the Pennsylvania death metal band Rivers of Nihil. Following the lead of the first two releases this also follows the theme of a season, focusing this time on the fall. The album was recorded at Atrium Audio in Pennsylvania alongside producer Carson Slovak (August Burns Red, The Last Ten Seconds of Life, etc), who worked with the band on their Monarchy album. Leading up to the release the band has released a guitar playthrough video for “A Home” for Guitar World, and another with guitarist Brody showing a taste of the ridiculous riffage you can expect on the album by demonstrating one of the riffs from “A Silent Life.” Where Owls Know My Name is also available on vinyl, and in a bunch of other merch bundles.