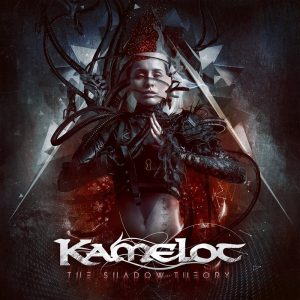 New & Noteworthy is a weekly column in which we highlight some of the newest rock and metal releases coming out each week. This week brings new music from Kamelot and Underoath! If you would like to check out the last New & Noteworthy, you can do so here, if you want to see last week’s sales numbers, check those out in Metal by Numbers. Both blessthefall and The Sword had the highest chart debuts of their careers, despite both selling less in raw numbers than their previous releases. Also be sure to follow us on Spotify to keep up with our New & Noteworthy Playlist! We’re switching things up to make it a monthly playlist that gets updated weekly rather than a new one every week. Give it a listen, and let us know what you think!

The Shadow Theory is the twelfth studio album by the Tampa, Florida based power power metal group Kamelot. Following the success of their previous album Haven, Kamelot hopes for success once again with vocalist Tommy Karevik now seasoned as the band’s frontman. Not breaking from tradition, the group continues to work with producer Sascha Paeth (Avantasia, Angra, etc) for recording the album, who has produced all of the band’s studio albums since their 1999 release The Fourth Legacy. So far the group has released a music video for the song “Phantom Divine (Shadow Empire),” and a lyric video for “Ravenlight.” While not a concept album, much of the lyric content was inspired by the work of Swiss psychiatrist and psychoanalyst Carl Jung, primarily his developments on the concept of the “shadow.” Kamelot will be kicking off their 20 date North America tour on the 16th of this month in Louisville, KY at the Mercury Ballroom. Delain and Battle Beast will be supporting them for this string of shows. The Shadow Theory is also available on vinyl and in a variety of fun bundles! 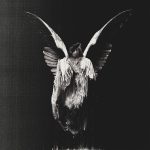 Eight years since their last release, Underoath returns with their eighth studio album Erase Me. Being their first album since coming off hiatus, and the longest gap between releases of their career, they obviously have a lot to live up to. In that gap the band signed to Fearless Records and regained their founding drummer Aaron Gillespie. Erase Me was produced by Matt Squire (Panic! At the Disco, 3OH!3, etc) and mixed by Ken Andrews (Failure, Jimmy Eat World). They have released a music video for the first two singles “On My Teeth” and “Rapture,” respectively. The band will be touring North America from today through May. Tonight they will be playing a “secret show” in Chicago, but by the time you read this it will be too late to find the location. Underoath will also be playing on this year’s Van’s Warped Tour! Erase Me is also available on vinyl. 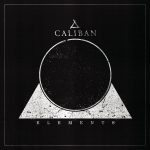 Elements is the eleventh studio album from the German metalcore group Caliban. The album was co-produced by Benny Richter  and the band’s guitarist Marc Görtz  at Nemesis Studios. Richter has been working with the band as their producer for 11 years at this point. Caliban has released three music videos so far for this album, “Intoxicated,” “Ich Blute Für Dich, ” and “Before Later Becomes Never,” which features a guest vocal spot by CJ McMahon of Thy Art is Murder. Elements is also available on vinyl.