Metal Inside(r) Home Quarantine is Metal Insider’s pandemic column during the ongoing uncertainty behind COVID-19. We ask artists five questions on what’s been keeping them busy during these unprecedented times. We caught up with Seventh Station as they’ve been spending this time becoming experts in self-isolation.

Vidi: Well, I’ve become quite an expert in self-isolation, during 2020 I spent 50 days in quarantine in Israel, the first 14 days were actually straight after I landed back after recording in Slovenia the vocals for Seventh Station’s new album, which our new single ‘All Hail the Moustache’ is from. My way to push through each quarantine was to get all kinds of musical projects going, that I “had” to finish during the time of isolation. One of these projects which I haven’t recorded yet was a punk song per day, reading the news each morning and then writing a song about it. I called it “Is this depressing?” – it was never released but it helped me pass the time.

Dmitri: I was trying not to lose my mind mostly. I was kind of productive as well since we were still during the production of the album but it was very difficult for me since I was dealing with anxiety issues all the time (not because of the pandemic).

Grega: I was teaching. Other things were exploring new musical territories, cooking and just staying sane.

Jure: Upgrade the equipment and learn a lot about how it works and how to optimize it.

Vidi: there is always music in the background of anything I do, here are some albums that passed my time during the oh so many quarantines and that I found myself returning to them quite a lot afterwards, in no particular order:

Jure: I especially love shows/recordings that are played by bands/people, who’ve been playing for 30 or more years together. The shows that express a long time human connection through music are the most inspiring.

Vidi: Lots and lots of delivered comfort food. Looking back it wasn’t so healthy but at that time it made me happy and I was determined not to let covid mess with my mind. I’ve seen too many people losing it and self-destructing because of Covid depression and because of losing routine. I’m really grateful to say in retrospect that it worked, I didn’t let grim reality or fear of the unknown set the tone, instead, I realized how much desire I really do have in me towards the arts. Nowadays, by the way, I’m eating much better.

Grega: I tried to make curry and fish (Salmon).

Vidi: I’m a big fan of crime films and the paranoia era of the 70s. I was mostly watching classics I either missed or that I love so much it was worth another rewatch. All the old Pacino / De Niro films (I can watch Taxi Driver forever on repeat). As for new ones I don’t remember anything extremely good but I do recall watching ‘The Lighthouse’ thinking it’s a great film, besides its ending which was too unsettling for me, I won’t spoil anything for those who haven’t watched it yet. As for TV shows, I discovered the British comedy ‘Derry Girls’ which was hilarious and gave me naive reasons to laugh a little bit. I think the 3rd season is about to be released any moment now.

Grega: I went deep into the Star Wars universe.

Jure: Books. All kinds of. There are so many musicians that wrote books on how they went through life. I always learn more from those than just listening to their albums.

Vidi: Use this time to realize what you’re going to filter out of your life when you’re done with the Quarantine. Besides that – when you’re going berzerk from boredom, and about to kick something, make sure you’re kicking with the sole of your shoes and not your barefoot toes. Trust me. Also, don’t spend too much time in bed. It smells.

Dmitri: If you are in isolation, try to learn new skills. Since we all complain about lack of time during our busy days, we now have absolutely no excuse not to do so.

Grega: Don’t lose your drive for life and things that make you happy.

Jure: Invest in staying strong (physically, mentally). The epidemics will one day be over and being ready for that day is wise. 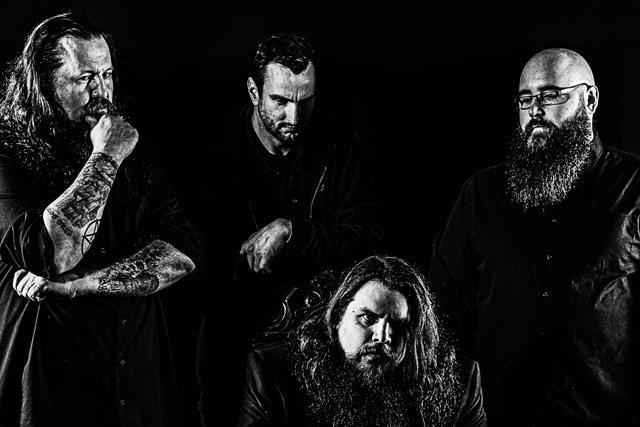