Throughout Iron Maiden’s legendary 40 year career, they have had three vocalists that have all left their impact on the band. Paul Di’Anno who was on the first first two albums, Iron Maiden and Killers, Blaze Bayley who performed on The X Factor and Virtual XI, which get way more flak than they deserve, and Bruce Dickinson who sang on the other twelve. In an interview with Metal Talks, Bayley spoke of an interesting idea of the band playing a one-off show that would feature all three vocalists, doing songs throughout the entire band’s career:

“What I really want to happen — and a lot of fans ask me about this — is a Maiden gig, like a one-off, where it’s the three singers. It’s never gonna happen in a million years, but all the fans I speak to about it go, ‘Yeah!’ And, man, can you imagine the arguments in the pub: ‘Oh, Paul’s the best,’ ‘Oh, it’s Bruce.’ ‘Oh, it’s Blaze.’

So I pose the question, would you attend this show?

Zach F: I don’t think I can stress enough how excited I would be for this show. Just for reference, I am 23 years old and have been listening to metal for only about 10 years now. Iron Maiden was one of those bands that introduced me to the genre. I still remember hearing “Thin Line Between Love and Hate,” the first song that I ever really heard by them, back in high school and being absolutely blown away. Since I’m so [comparatively] young, I never got to experience the Di’Anno or Bayley years (although there are some that would call that a blessing). I would not only go to this show, I would travel as far as I financially could justify to see it.

There’s always the argument that “they would only do it for the money,” because it’s no big secret that while Di’Anno and Bayley have been successful in their own right, they are nowhere near the level of international success that Iron Maiden has.  However, I don’t care. This would have the potential to be one of the coolest things to happen in the history of heavy metal and I would fully support it, throwing every available dollar at that ticket. I imagine that it would be just as amazing (at least to me) as seeing Avantasia, trading off vocalists with each song, verse, or whatever it called for.

Bram: As someone who got into Maiden right around the Powerslave era, Bruce has always been my guy. He brought attitude, identity, and a phenomenal voice to Maiden, even though Di’Anno put the band on the map. Dickinson’s triumph over cancer and return to the stage this year has been inspirational. With no disrespect to Bayley or Di’Anno, I feel like a two-hour long show with Bruce isn’t even enough. I’d watch him for three, and as far as I’m concerned, Di’Anno and Bayley would be taking away from the Maiden I know and love. I’m sure there are completists that would be down, but Dickinson is at the top of his game and I can’t imagine anyone other than Bayley and Di’Anno being extremely excited for Bayley’s idea, even if it is just a one-off. If we’re talking cool one-offs, I’d rather see “Empire of the Clouds” played with an orchestra than Maiden’s two other vocalists sing material I don’t have a ton of passion for

Chip: I’ve been a Maiden fan for a long, long time. They might be the only band that all four of my kids can agree on and have earned the unofficial title of “Family Band” in my house. Outside of Black Sabbath they are, to me, the greatest metal band of all-time. With all of that said, I have ZERO desire to see this proposed show. With all due respect to Bayley, the ‘Blaze Years’ are wholly unforgettable and, frankly, I was offended as a long-time fan at the insinuation that he was as important as Bruce Dickinson and Paul Di’Anno. (Especially, Bruce Dickinson, who is one of the greatest vocalists in metal history.) Blaze needs to get a grip. The recent live footage I’ve seen of Di’Anno is painful to watch at best. I have no desire to see him slog his way through Maiden songs where a) he can’t hit the notes anymore and b) he’s bound to shoot his mouth off and embarrass himself. It honestly pains me to say that because I think Killers is one of the 10 or 15 best metal albums of all-time, and Di’Anno’s performance is a huge reason why, but sometimes the truth hurts. Meanwhile, in 2012 I took my oldest to see Maiden for the first time and it was, honestly, one of the best concerts I’ve ever seen (and I’d obviously seen Maiden several times prior). While their recorded output isn’t what it used to be, their live sets are still the stuff of legends – one trip through YouTube will confirm that for you. So, no, no I do not want to see Di’Anno or Bayley anywhere near Iron Maiden’s stage anytime soon. If it ain’t broke, don’t try to fix it, even for one night.

Alix: Iron Maiden is one of those bands that even if you want to change their haircut, everyone would loose their crap over it and riot on the streets about it. It’s hard to believe that something like what happened with AC/DC of simply replacing such a key member like Brian Johnson would ever happen with Maiden. At the same time, I’m sure they wouldn’t be too opposed to the idea of having Bayley and Di’Anno even if it was for one show but, as we know from them, Maiden don’t do “one off shows.” If it were to happen, I would be absolutely down to pay and see that cause I’ve seen Maiden more times than what I can count and would be neat to add something special or different like having guests vocalists. The only concern I would have is about their performance because we know their style isn’t as demanding as Dickinson’s singing but you still require to be in top condition to perform songs from Iron Maiden or Virtual XI.

At the same time, I see the reluctance others would have to this idea, considering the harsh criticism Bayley and Di’Anno have received for years after leaving Iron Maiden and may think they would just want to be part of it for the money, but they seem to appreciate Iron Maiden and its legacy. I don’t think their performance would taint Maiden’s show to the point that you would walk out of the venue but, if they are on par to sing one or two songs from their own eras, I’m sure most fans would be happy to see it.

Chris: I have made clear my adoration of Bruce Dickinson and his vocal prowess for years. Even at his current age, he remains one of the five best vocalists worldwide in metal. That automatically means that, in my mind, Bruce has to anchor the majority of the show. It would be awesome to see Paul Di’Anno and Blaze Bayley perform a few of the songs that they created while they were with Maiden, and seeing all three vocalists performing together on the band’s big hits would be exciting. But anything more than “Iron Maiden with special guests Paul Di’Anno and Blaze Bayley” would probably not be enjoyed by many Maiden fans.

Let’s face it, most of the “classics” that the band has written are that way because of Bruce’s vocal delivery and the incredibly memorable choruses that he sang. Think about it – when people talk about “Run to the Hills”, are they usually talking about the instrumentation of the song (which is absolutely stellar, to be fair), or the unforgettable chorus that everyone in the room sings along to when it plays? The same could be applied to “The Number of the Beast,” “Can I Play With Madness,” “The Trooper,” and nearly every other mega-hit that Maiden has put out in their career. It’s also worth noting that nearly every single one of those mega-hits comes from an album that Bruce helmed. I offer no disrespect to Paul Di’Anno or Blaze Bayley, because they both are great vocalists in their own rights. But Bruce Dickinson, in many ways, is the make-or-break piece to the Iron Maiden puzzle at this stage of their career. The fans recognize that, and the band surely does as well.

Zach Shaw: Do I think it’s absolutely necessary for Iron Maiden to play a show with three of their most notable singers? Not really. Would I go to that show to see all three singers on the same stage? Sure, but frankly Iron Maiden’s current incarnation is enough of a selling point to make me shell out big bucks… so sorry Paul and Blaze, but you’re really not that needed. 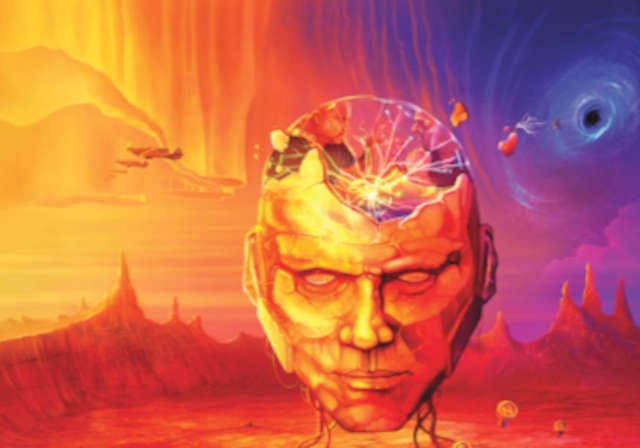