There was a time when you could easily identify a death metal band based on their geographic locale.  Swedish death metal bands sounded utterly Swedish in the buzzsaw way.  New York bands had their sound, Floridian bands theirs, Brazilian bands theirs, and so on and so forth.  Blame the internet, blame the global economy, blame what you will but the lines of geography no longer strictly apply to the world of metal.  One fantastic example is the brand new, debut album from Southern California’s Skinfather.

The band name alone should be your first tipping point that these guys have reached across an ocean and several thousand miles for their biggest influences.  Taking your name from a song from one of Sweden’s most underrated metal exports, Dismember, is a good indication of what you’re in store for.  The great Swedish death metal scene of the late 80’s and early 90’s (you know before the term “melodic” had to be used to describe every album coming out of that part of the world) has their dirty, ice cold hands all over this record.  Yet when you listen to None Will Mourn it’s an album that gives a fair nod to the forefathers of the genre without getting lost in hero worship.

Skinfather, instead of just riding one influence to death for an entire album, are able to adroitly combine elements of doom and even crust and thrash into a pummeling assault.  Meaty riffs and chunky breakdowns abound like some sort of metal stew, simmered to perfection in the flames of no frills, in your face death metal.  Don’t mistake “no frills” for a lack of technicality or imaginative songwriting.  On the contrary, Skinfather have put the emphasis back on both by removing the unnecessary ‘sweeping arpeggios’, and notes for notes sake that litter and ruin too many metal albums these days.  Instead of trying to show off how fast their fingers can run up and down the fretboard of a guitar, actual songwriting be damned, Skinfather have mastered the ability to make each note have power and meaning behind it.

Tracks like “Drown In Black” and “Hellish Grave” are soon to be classic examples of how a sick riff and an air tight rhythm section can come together to get your head bobbing, your pulse ticking, and your desire to start a pit in a public forum heightened.  This entire album should appeal to a wide variety of extreme metal fans.  You can check out the aforementioned ripper, “Drown In Black” over at the Decibel website.   None Will Mourn hits the streets via Streetcleaner Records on April 22. 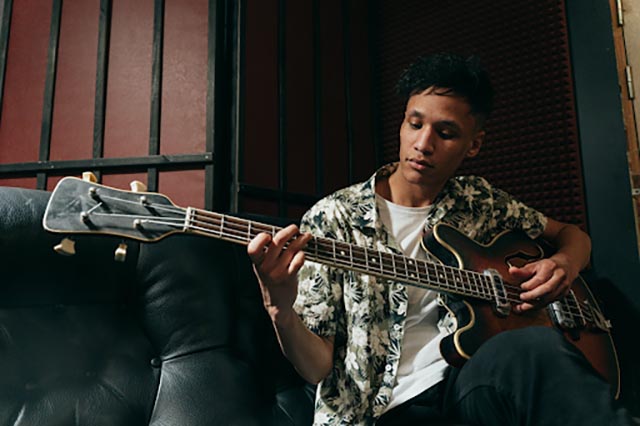