It’s not very often that I listen to an album and am instantaneously blown away.  That may seem like an untruth to those who know me as I am want for the superfluous language when espousing about bands that I dig.  But the full truth of it is that for every album I hear, love and write about there are two dozen that I either like but don’t think enough of to revisit often or simply do not dig at all.  So when a very good friend (guitar extraordinaire Ryan Adams from the bands Nightbitch and Ipisssimus) posted about India’s Bevar Sea on the Facebooks this week I gave a listen and knew immediately that I’d be sharing this album with all of you this week.

This is the first official release for Bevar Sea.  Only four songs but tracking at over 40 minutes in length you can probably guess what you are going to be getting a heavy dose of…doooooooom.  But this isn’t just some Electric Wizard knock-off (although fans of the mighty E.W. will find a lot to like here).  Bevar Sea do a phenomenal job of meshing doom metal with heavy doses of stoner rock and even some traditional metal elements.  Think Dio-era Black Sabbath mixed with Kyuss and EyeHateGod.  It’s an unholy trinity of influences so heavy at times that it feels like a herd of elephants rampaging out of your headphones.  The riffs on this album are so sleazy, so dirty they should have at least an R rating – not suitable for children under 17…or posers.

The first thing you probably noticed about that first paragraph was that this band hails from India, Bangalore to be exact.  India.  In the metal world it might as well be Mars, it’s such a foreign domain.  Rest assured though that this is not some novelty act.  No one will ever write about this band simply because they are from some foreign locale that doesn’t spew a constant stream of metal bands.  They will however write about this band because of how absolutely killer this album sounds.  This band could be from Sweden, Japan, East Bumblefart, it doesn’t matter. Truly awesome music like this transcends location.  The only thing you should be concerned about is whether this band has the means to tour your part of the world.  I’m certainly hoping they do.  You can stream this entire four-song album over at their Bandcamp page.  If you’re a fan of any of the previously mentioned bands than I suggest you do it now.

Metal Homework:
One of my favorite parts of the week, where we give you a band form metal’s mighty lore to go back and revisit.  This week we are heading to Germany, land of a thousand rock and metal triumphs to rediscover a band by the name of Iron Angel.  Everyone knows when you talk about thrash and Germany you are going to hit on Kreator, Sodom, Destruction, Tankard, etc.   But one of the lost gems of the early Germanic metal scene is Iron Angel’s Hellish Crossfire album.  Released in 1985 Hellish Crossfire was a speed metal/thrash hybrid.  Check out the write up over at 666DaysofMetal.com for more info and a link to listen to the entire album. 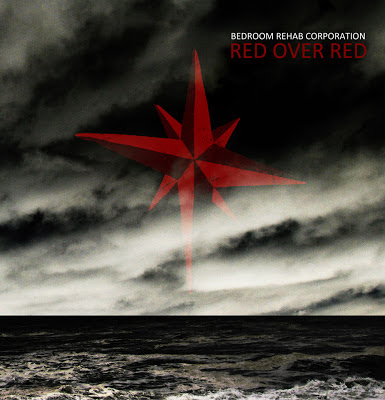