As the days grow shorter and the skies grow darker the Earth, at least in this Hemisphere, begins its yearly ritual of decline to Winter slumber.  The explosions of color will be replaced by landscapes of barren whiteness.  The crisp air that kisses the breeze will begin to wrap its icy hand around your throat with every gust soon enough.  The feeling that life itself is on the brink of eternal slumber is the perfect setting for a new album from death/doom duo Encoffination.

Some bands, especially those that meld the lumbering riffs of doom with the trenchant pulsations of death metal, are cut from a smothering cloth.  They are like a sonic pillow being placed over your face in the still of the night, snuffing out any hope of seeing the sun rise one last time in the East.  With their newest full-length, III: Hear Me, O’ Death (Sing Thou Wretched Choirs), Encoffination seem to be a band hell bent on snuffing out just about everyone in ear shot.  This is a band that has always taken the death/doom sub-genre to almighty new lows, yet the bar here is raised (or is it lowered?) to amazingly dirge-like levels rarely seen amongst their peers.  Tracks like “Cemeteries of Purgation” for example are almost inconceivable in their heaviness, constantly dragging the listener into a downward spiral of sheer, unadulterated brutality.

The term death/doom is meant to convey the marriage of death and doom metal genres.  In the case of this album though there is a more literal feel to it.  It really does sound like aural death, the body collapsing in upon itself under the weight of time, as well as relating the pure essence of being utterly doomed.  There is no end in sight to the proverbial madness.  There is no light at the end of the tunnel that Encoffination build with sounds as thick as concrete and as equally unforgiving.  It’s a straight plummet to the darkest depths of the concept of humanity’s end.  It’s an album where those not strong enough to endure will wither within the first few salvos.

III: Hear Me, O’ Death (Sing Thou Wretched Choirs) is out now via Selfmadegod Records.  You can experience the entire album at the Encoffination Bandcamp page. 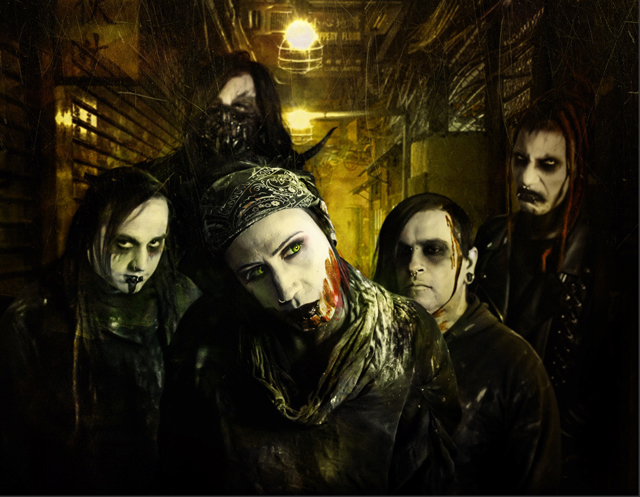