Amplified is a weekly column focusing on new and emerging artists. Got a band that fits the bill? Email [email protected]

New Jersey’s One Hundred Thousand just released their new record, The Forms In Which They Appear, which is an absolute powerhouse of hooky, un-pretentious prog rock. The band recorded in Architekt studios, owned by their drummer Kurt Wubbenhorst, which notably was used by Sevendust for their last three records. In an even bigger stroke of luck, this became a real best-case scenario for the band to be able to forge friendships with some of their musical idols.

One Hundred Thousand’s bass player Andrew Magnotta spoke with us to go into further detail about their experiences working so closely with such a fixture in the rock and metal world:

“From a music standpoint, One Hundred Thousand is inexorably linked to Sevendust for a number of reasons,” Magnotta says. “Kurt leads the way for our songwriting, he grew up on Sevendust and he might tell you he learned how to write songs by listening to Clint Lowery’s work in particular. As a result, the way we put together songs is similar. We’re always looking for a big chorus or a hook. We blend progressive rock and metal with pop…Sevendust, probably without realizing it, did a lot of that before anyone.”

The connection became so strong between the two bands that Wubbenhorst and Lowery even collaborated on a side project, as well as having Lowery produce vocals on a few of the record’s tracks. “We gave them lots of space!” Andrew says, “but what we picked up most was a lot of business dos and don’ts.”

“Those guys, in spite of their success, are ALWAYS welcoming to their fans. If they don’t have time, they make time, and it’s really heartwarming in a way to see actual rock stars who go out of their way to treat fans like rock stars, and that’s a lesson that we’d like to think isn’t lost on our band.”

Watch the video for One Hundred Thousand’s “Low” below, and check out the band’s website for purchasing options for The Forms In Which They Appear.

Tags: Amplified, One Hundred Thousand, Sevendust, the forms in which they appear 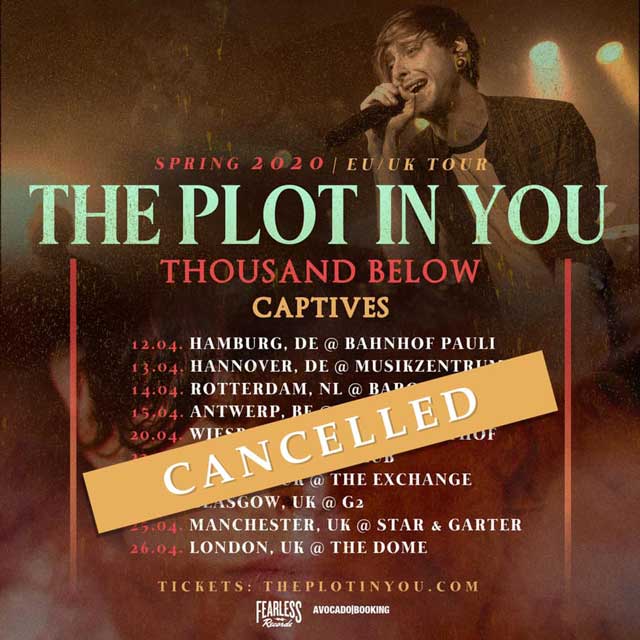