Amplified is a weekly column focusing on new and emerging artists. Got a band that fits the bill? Email [email protected]
California oddballs Gus McArthur recently released their debut EP, Chapter I: Hysterics From The Book of Gus, a truly fascinating cocktail of weirdness that effortlessly blends D&D-worthy folk, Bay Area thrash, neoclassical shred and some thoroughly 90’s bounce that would make System of a Down weep, all wrapped in a strange urban legend (possibly of their own creation) of a mysterious masked figure rumored to have been seen at most major conflicts in history, giving the band their namesake. Guitarist Honan “The Destroyer” took a moment to talk with us about his earliest influences, and the first instruments in his life that helped shape Gus McArthur’s wild guitar style.
On first guitars:
“I took a couple bass and guitar lessons at about 14, but didn’t learn to much other than a few scales, which got me intrigued and kick started my guitar playing. By the age of 15 I really got into bands like Metallica and Megadeth and wanted to play like them, so I put in the time, sometimes 8 to 10 hours per day, until I developed my own style. My first real guitar was a Stratocaster that I received for my 16th birthday and had no excuse then not to take my playing to the next level.”
First songs:
“The first song I remember learning completely was “Master of Puppets,” and at the time it was really difficult to play because of all the rapid downpicking, but it really helped me learn what style of guitar I wanted to play. After about a year of playing focused on metal rhythm I remember hearing Randy Rhoads live album with Ozzy, and the guitar solos blew me away.”
“I wanted that perfect combination of rhythm player and soloist that Randy had, and although I’ll never even come close to his skill, he is always in the back of my mind when I play. The songs I started to learn once Randy Rhoads got me into playing solos were more complex to the point I ventured more into learning Megadeth songs like Holy Wars and Tornado of Souls. Marty Friedman’s solo was a nightmare to learn at the time, but his intricate style really helped me find my own to the point he is probably the biggest influence on my solo playing today but I’ll always give thanks to Randy Rhoads for inspiring me to try.”
Stream Chapter I: Hysterics From The Book Of Gus below, and buy it at their website. 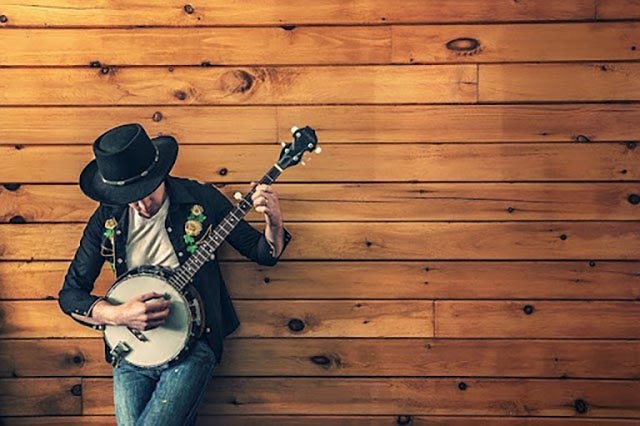