It’s no secret that Limp Bizkit and the Insane Clown Posse are quite possibly the two most hated bands, at least by metal and rock fans. Hell, both groups themselves will admit as much, and even the FBI hates at least one of them. That’s why it’s rather fitting that Fred Durst proves that he’s down with the clown by appearing on an ICP B-side.

The Limp Bizkit frontman has reportedly teamed up with the ICP for a rendition of AMG‘s “Bitch Better Have My Money.” The cover will appear on Covered, Smothered And Chunked, the bonus covers album that will be sold with the “red pop” version of ICP’s new album The Mighty Death Pop. ICP also cover House Of Pain’s “Jump Around,” Christina Aguilera’s “Beautiful,” Tears For Fears’ “Shout” and Yo Gabba Gabba’s “Hold Still” (yes, that Yo Gabba Gabba) among others.

Chances are that many of you reading this now are feeling a little nauseous from hearing about this collaboration. However, there’s also likely many Limp Bizkit fans and Juggalos that are also ecstatic about it as well. Whether this team up has you excited or heading for the closest wastebasket to puke, you’ll get to hear the cover when The Mighty Death Pop comes out on August 14.

In case you’re at all interested to learn more about the ICP’s new album, you can watch a very lengthy trailer explaining each bonus album after the jump. 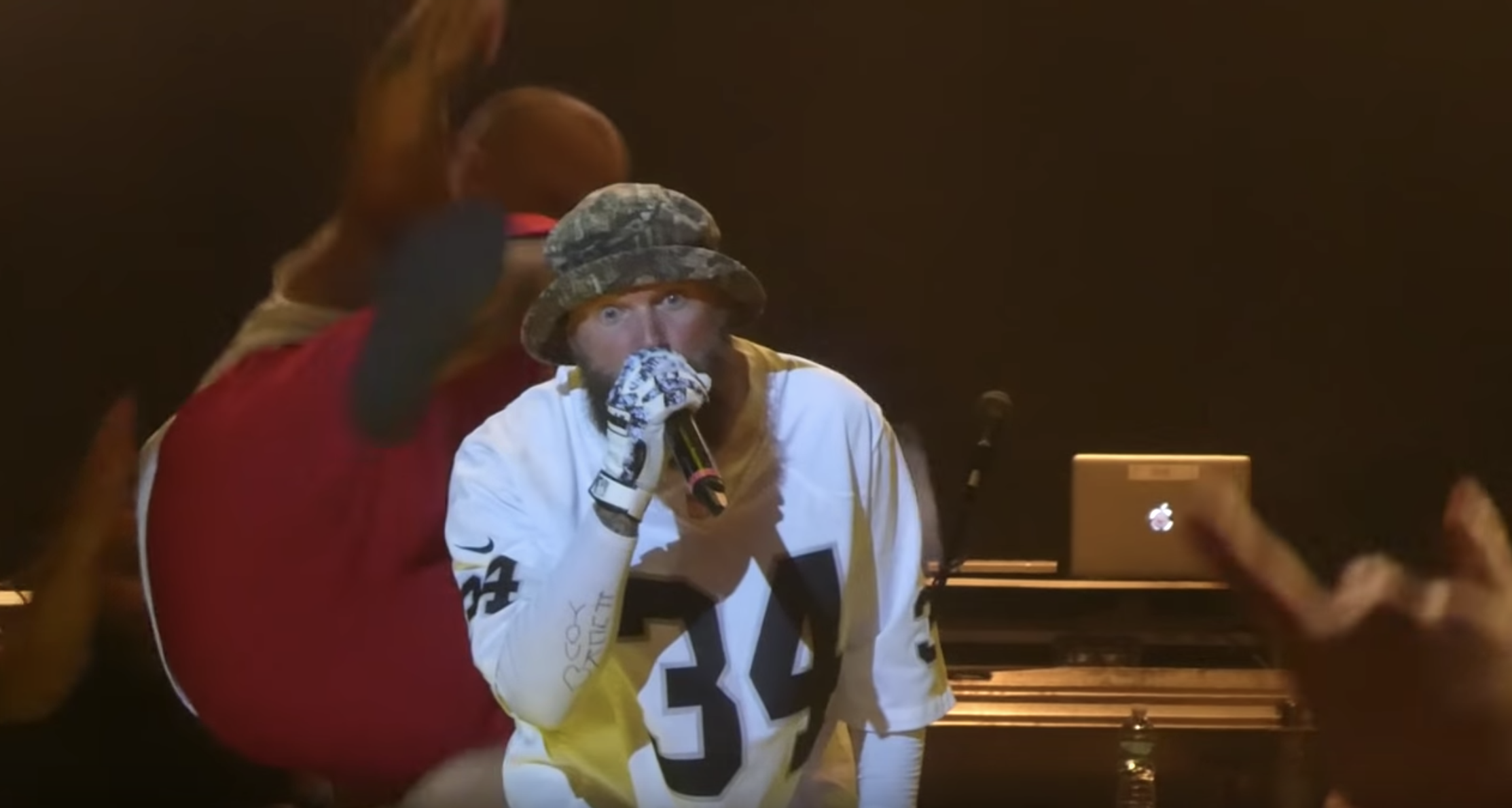