If you’re a comic book nerd with a taste for metal, you’re going to love this artistic mashup.

Headbang ‘n Buttonmash, a site delivering both music and video game news, has just released their designs for a series of four limited edition posters featuring superhero names in the style of black metal typography.

Each poster features a different superhero team under the guise of performers at a festival named for their group (“Vertigofest” for example). Members of Justice League, The Avengers, Vertigo Comics, and X-Men teams have their names stylized in a way you’d be likely to find on your average metal band t-shirt – and they look awesome. These 11×17 pieces of art run for $20 a piece and were designed by KeithBC, a contributor for HnB.

The site also has a lot of other really cool metal themed artwork for sale, such as minimalist portraits of Darkthrone and Immortal among other iconic metal likenesses. You can even get them on a mug or t-shirt. 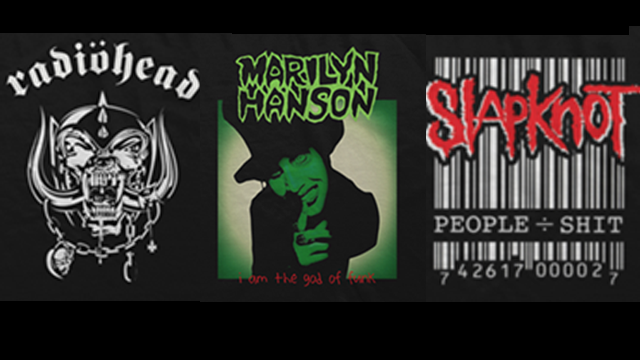