After rumors about Anthrax joining his fellow Big 4 members on tour last week teased metal fans, today brings official confirmation: Anthrax will be joining Slayer and Megadeth on the second leg of the American Carnage Tour. I’ll give you a moment to jump out of your seat and run around the room with joy …

Now that you are back in your seat, here is the downer news (well for some at least/me): Anthrax will be joining the tour during the Fall for a new batch of dates and not during the already announced Summer dates that also features Testament. While it sucks for fans who were dreaming about seeing all four on the same stage (the fourth being Testament, not Metallica…well at least for the past week), this is still awesome because 1. more dates have been added, and 2. it’s basically Clash Of The Titans 2! If it wasn’t awesome enough that three of the Big 4 are touring the States together, the tour will also include the limited $10 ticket sale used on the first leg for most of the dates!

Tickets will be going on sale to the public on July 24, while a pre-sale for members of each band’s website will launch this Wednesday (July 14). Fans who specifically purchase tickets through Slayer.net or Ticketmaster will get a free download of the live audio track “War Ensemble,” set to be included on Slayer’s forthcoming Live Intrusion DVD release. Check out the tour’s entire itinerary after the jump. 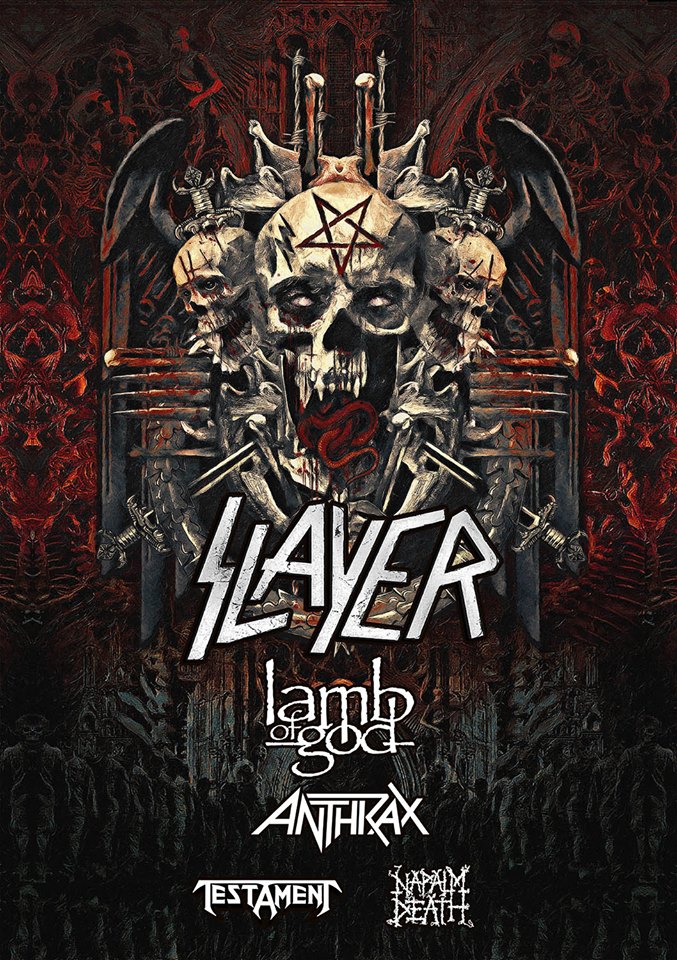