Megadeth frontman Dave Mustaine revealed back in December of 2010 that he was helping ex-Anthrax guitarist Dan Spitz’s new project Deuxmonkey with some “fine tuning.” However, when original singer Wade Black (Crimson Glory, Seven Witches, Leatherwolf) departed from the group, he also gave a “verbal cease-and-desist” on all of his contributions to the group (including lyrics and vocals). Thus, this incident has not only lead to the band changing their name to Red Lamb, but also to Mustaine becoming a full time member!

Mustaine confirmed his participation in the new project, which also features Accept bassist Peter Baltes and Yngwie Malmsteen/W.A.S.P. drummer Patrick Johansson, as well as its name via Twitter. A majority of the music will consist of material recorded under the Deuxmonkey, though obviously with new contributions from Mustaine. Mixing has already started for the group’s debut release, with it being mixed by Johnny K (who just recently snagged the role of producer for Megadeth’s new album).

Hopefully we’ll get to hear something from this new super group soon. We’ll keep you posted when more is revealed.

[Note: though the picture above was taken from Blabbermouth, it is not likely that it is an official band picture released by the band.] 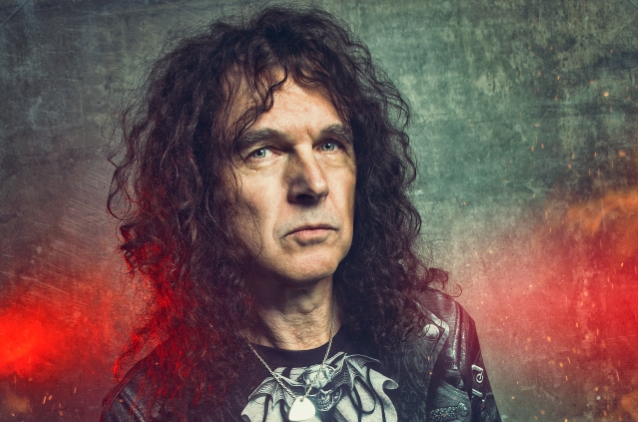