Epica has dropped a video for “Skeleton Key” from their upcoming concert release, Ωmega Alive, due out on December 3rd. The original Ωmega Alive was a global streaming event that took place this past June and brought the band’s 8th studio album, Ωmega to life in epic fashion. Now this one of a kind concert experience will be available on bluRay digital.

Coen Janssen, the mastermind behind the show’s concept explains:

“What we wanted to do was the ultimate Epica show where we could fulfill every dream we ever had, where there was room for all the ideas, effects and props that are just too big to be taken on tour.” Far from your usual streaming concert, the band developed a trademark feature called a “living backdrop”. “We built another stage right behind our stage where lots of things were going on the whole time. And we meant that very literally,” he laughs. “Every song got something extra, something unique that was fitting its world.”

Back in September the band released the video for “Unchain Utopia” video from Ωmega Alive. You can see that below as well. 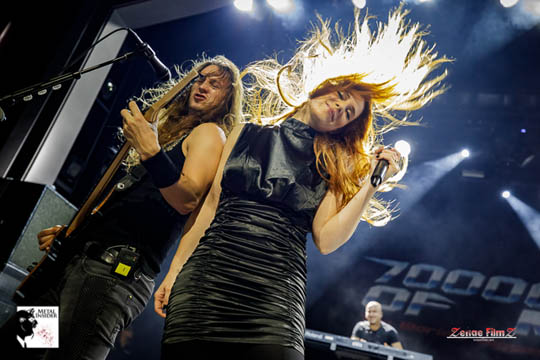